On the one hand, Microsoft just posted record revenue, a neat trick considering its hard-to-eclipse history and the PC industry's ongoing decline. It also beat Wall Street estimates for the second consecutive quarter. Given that earnings were driven by the enterprise products Nadella oversaw, his promotion to the top job in Redmond is in many ways a just reward for 22 years of outstanding work.

But it's hard to find a company as rich and successful as Microsoft that is so consistently dogged by doomsday prophesies. Commentators blasted outgoing CEO Steve Ballmer's consumer-oriented strategies in the months leading up to his August retirement announcement, citing the company's irrelevance in the mobile market, embarrassing sales of first-generation Surface products, and myriad objections to Windows 8.

Nadella inherits all of these concerns, as well as the disarray of an ongoing company-wide reorg that seeks to replace divided teams and internal politics with a collaborative culture and common vision. At the same time, he must also contend with speculation that Microsoft settled on him only after higher-profile candidates, such as Ford CEO Alan Mulally, dropped out.

As if that weren't daunting enough, he'll have to continue the progress he made as the company's enterprise and cloud chief. As Nadella asserted in his first remarks as CEO, the company's future is in the cloud. Microsoft's Windows and device strategies need attention, but not at the expense of Azure and the online services it supports. These face heated competition from Amazon and Google, among others. 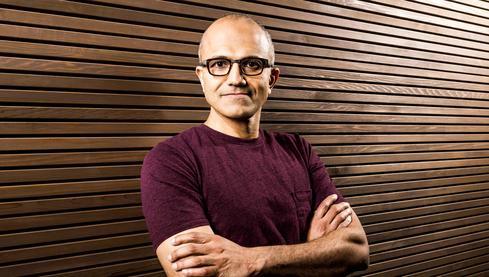 Is Nadella up to the task? Here are six goals he must prioritize to get started.

1. Remember how you got here. As a 22-year Microsoft veteran, Nadella has a close relationship with both Bill Gates and Ballmer. It is perhaps too close, if you were among the people hoping Microsoft would select an outsider to defenestrate the Surface line and double down on enterprise products.

Indeed, in his first statements, Nadella made clear that he will pursue Ballmer's "One Microsoft" blueprint, device ambitions and all. But he also repeatedly described a business model grounded in a mobile-first, cloud-first stratagem -- and that should come as no surprise. He's been internally advocating the same ideas for years, often to disruptive effect.

In advancing products such as Windows Azure, Bing, and Xbox Live, Nadella "has made significant innovations around agility," Gartner analyst Merv Adrian told InformationWeek in a phone interview. He noted that Nadella championed iterative releases when Microsoft's status quo still revolved around monolithic updates that arrived every few years.

Nadella has also shown a willingness to break from Microsoft's historically proprietary-minded playbook. Under his leadership, the company's cloud products have become increasingly open, supporting not only Microsoft software and services, but also a wide range of other workloads.

"There have been fewer sacred cows when he is in charge," said Forrester analyst James Staten, who said Nadella overcame internal opposition to push products such as SQL Server into the cloud.

As CEO, Nadella must remember the strategies that have worked for him so far. Ballmer drew the broad outlines of "One Microsoft," but Nadella will be responsible for sketching in the finer details. If those details include his past projects' openness, agility, and irreverence for tradition, Microsoft's new CEO will have taken a step in the right direction.

Still, Nadella could face challenges implementing this attitude across the entire company.

"Microsoft has evolved to be less proprietary over the years," said Gartner analyst David Mitchell Smith in an interview. "But that's easier to do on the

server side, where they've never had the market share they have on the client side. It's hard to accept Windows is not the center of the world."

2. Get your house in order. Microsoft employees are still settling into the new management structure installed by Ballmer's "One Microsoft" reorg, making it a delicate time for Nadella to assert his leadership. Several Microsoft insiders rumored to be in the running for Nadella's new job, such as COO Kevin Turner and executive VP Tony Bates, are still with the company, but industry observers will be watching for signs of departures. 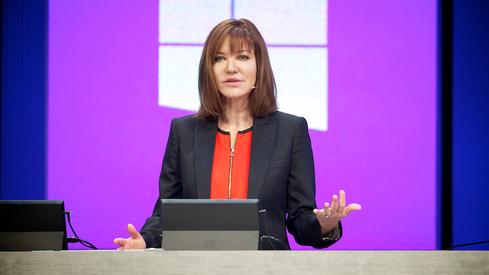 Nadella will need to create cohesion among senior execs, many of whom are adjusting to new positions. Executive VP Julie Larson-Green took over Microsoft's device efforts late last year.

Reports have so far indicated that both Turner and Bates will stay at Microsoft for the time being, but either way, Nadella will have to bring calm to a leadership team that's dealt with varying degrees of anxiety and ambition over the last six months. Nadella can at least be confident that ex-Nokia CEO Stephen Elop will come aboard with the rest of Nokia's device teams. Elop will earn $35 million if he stays with Microsoft at least 18 months. Nadella will also have to strike the right tone with Gates and the board of directors, while still establishing his own authority.

3. Make the most of the Nokia acquisition. John Thompson, who maintained throughout the CEO search that the company would stick with the "One Microsoft" strategy, is now chair of Microsoft's board. Ballmer remains on the board, and still owns 4% of the company's stock. Gates controls a comparable stake and will be more involved as Nadella's adviser. None of this suggests Microsoft will abandon its device-maker aspirations any time soon.

That being the case, it falls to Nadella to make the most of the $7.3 billion Nokia acquisition Ballmer left as a parting gift. The new CEO will face many questions. Should Nokia release the Android phone it has reportedly been developing? Can Microsoft smartphones gain share without sacrificing margins? Will Nadella be able to inspire enthusiasm among app developers and ISVs? Can Microsoft's hardware sales promote growth in its online services?

"Stephen Elop knows a bit about how that all works, which helps them hit the ground running," observed Gartner's Adrian. "They've been making moves, but not fast enough."

Microsoft needs to establish a tenable device strategy to stave off consumerization threats, according to Smith. "Today, they're feeling it in the consumer market, but if they're not careful, they could eventually feel it in the enterprise," he said. Indeed, Apple CEO Tim Cook recently boasted that iPads constitute 90% of enterprise tablet activations.

Staten, who has met with Nadella in the past, said the new CEO's datacentric instincts could help him put together all the pieces. He said Nadella's reputation is to enter meetings with extensive information about not only the product being discussed, but also two or three adjacent products that other team members hadn't seen as related.

4. Wow us at Build. In early April, Nadella will likely address Microsoft's important developer community at the company's Build conference in San Francisco, an event that is rumored to feature a Windows 9 development announcement. Based on what's known so far about Windows 8.1, Update 1, and Windows 9, Microsoft is still figuring out its OS strategy. This will pose a challenge for Nadella, since he'll be under pressure at Build to justify the company's consumer-focused efforts, alleviate concern and confusion among longtime Windows customers, and galvanize development of Modern apps.

But even if Microsoft's Windows plans are in flux, Nadella needs to present something that wows. The company often embarks on groundbreaking research, only to delay or cancel a project. Microsoft investigated tablet computers years before iPads hit the market, for example, but Apple has

enjoyed all the glory. This happened because Ballmer frequently hesitated to disrupt his company's biggest revenue streams, such as Windows running on PCs. Microsoft also quietly developed blood-sugar-sensing contact lenses well ahead of Google's recent attention-grabbing announcement of a similar project. Nadella needs to show that Microsoft can break the mold with the products it brings to market, not just the ones its researchers dream up in labs.

Microsoft could demonstrate a compelling vision for the Internet of Things, perhaps through connected home or smartcar technologies. But a more likely candidate might be Cortana, Microsoft's rumored competitor to Apple's Siri. Ballmer repeatedly justified his company's costly investment in Bing and related projects with references to a magical machine-learning infrastructure that would anticipate users' needs before they occur. Commentators have already linked this technology to Cortana rumors. Recent online chatter has indicated Microsoft's virtual assistant could debut at Build. Nadella ever-so-obliquely stoked this speculation Tuesday by quoting many of Ballmer's talking points.

5. Make Office truly cross-platform. Ballmer conceded last year that a touch-first version of Microsoft Office will be coming, not only to Windows tablets, but also to competing products, such as the iPad. Nadella will only benefit by making this move sooner than later.

For one thing, the new software will demonstrate that Microsoft can translate its traditional mouse-and-keyboard tools to a new user interaction model. Office 365 has already moved Microsoft's productivity software into the cloud, but as Nadella has already said, the future is about both cloud and mobility. Microsoft needs to prove it can be a thought leader in both regards.

Moreover, by releasing Office for the iPad, Nadella will challenge his device teams to prove their worth. Under Ballmer, Microsoft withheld Office from iPads and Android tablets in an ostensible attempt to boost demand for Windows devices. The plan hasn't worked particularly well, making the near term an opportune time for Nadella to turn Apple's success into an opportunity for Microsoft.

6. Learn how to balance customer needs, company ambitions, and investor demands. Last year, the hedge fund ValueAct, which owns a large stake in Microsoft, negotiated to secure a board seat for its president, Mason Morfit. A recent Bloomberg article claims ValueAct opposes Microsoft's hardware goals, which only added to a string of reports suggesting prominent investors want the company to focus on enterprise software. 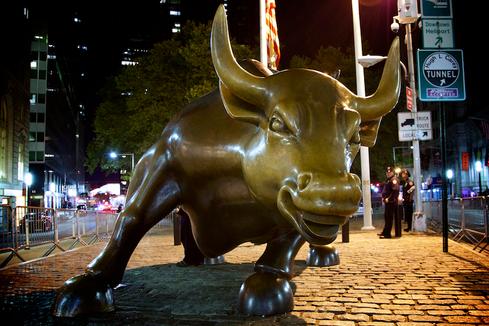 Activist investors will be among the many audiences
Nadella must attempt to satisfy.

Ballmer was never popular with Wall Street, as investors were frequently disappointed with their share of the company's massive profits. Nadella will have to appease such concerns, especially with Morfit and other activist investors gaining prominence. But he will also have to protect long-term goals, even if they conflict with short-term earnings. To do so, he'll need to persuade not only stockholders, but also legions of customers left underwhelmed by Windows 8.

InformationWeek Conference is an exclusive two-day event taking place at Interop, where you will join fellow technology leaders and CIOs for a schedule packed with learning, information-sharing, professional networking, and celebration. Come learn from each other and honor the nation's leading digital businesses at our InformationWeek Elite 100 Awards Ceremony and Gala. You can find out more information and register here. In Las Vegas, March 31 to April 1, 2014.

Michael Endler joined InformationWeek as an associate editor in 2012. He previously worked in talent representation in the entertainment industry, as a freelance copywriter and photojournalist, and as a teacher. Michael earned a BA in English from Stanford University in 2005 ... View Full Bio
We welcome your comments on this topic on our social media channels, or [contact us directly] with questions about the site.
Comment  |
Email This  |
Print  |
RSS
More Insights
Webcasts
Data Protection Strategies and Secrets - 12/10 @ 11am EST
Architecting Security for the Internet of Things
More Webcasts
White Papers
5 Key Steps for Assessing Your Security Effectiveness
Reducing Data Breach Risk From Your Remote Workforce
More White Papers
Reports
The ROI Of SD-WAN: Not Just A Numbers Game
The Future of Multi-Cloud Networking 2020
More Reports
Copyright © 2020 UBM Electronics, A UBM company, All rights reserved. Privacy Policy | Terms of Service