The case of Zenefits in Utah shows what's at stake when regulators go too far in the name of competitive "fairness."

One key aspect of economic development is the emergence of online businesses that sell everything from books to contact lenses to banking services, often undercutting the prices or going above and beyond the offerings of local businesses. One example is in HR, with Zenefits offering small businesses a free online platform to manage payroll, hiring, and benefits such as health insurance. Zenefits also lets small businesses buy insurance on its platform, and so is quickly becoming one of the country's fastest-growing brokers.

The problem is that while "distance" commerce companies provide great value to consumers, they're a threat to established brick-and-mortar companies. And rather than fight fair by providing lower prices or better service, the incumbents are all too willing to turn to their state capitals for protection.

We've seen this pattern play out across the country. Taxi companies have asked regulators to impose rules banning ride-sharing services. Auto dealers have persuaded New Jersey and other states to block Tesla from selling cars directly. The hotel industry has sought to get regulators to fine people for renting out their houses and apartments on platforms such as Airbnb.

[Just how easy will it be to do business with Cuba? Read Cuba Calling? Not So Fast ...]

This scenario unfortunately is now playing out in Utah, where many conventional insurance brokers are still operating the same way they have for years -- with paper forms and fax machines. The incumbents have turned to Utah's insurance regulator for protection against Zenefits because, they argue, its online platform represents unfair competition.

In response to those claims, Utah's insurance commissioner (himself a former insurance broker) has ruled that Zenefits may either not provide services in the state or, perversely, must levy a surcharge on Utah customers. In his ruling, he cited the need to protect "fair competition," arguing that the "ease of using Zenefits" made it unfair to the more established insurance brokers. Normally, governments fight against companies that charge too much. Here, the commissioner wants to stop a company that charges too little. What's next? Banning Amazon.com from offering free shipping to protect Utah bookstores? 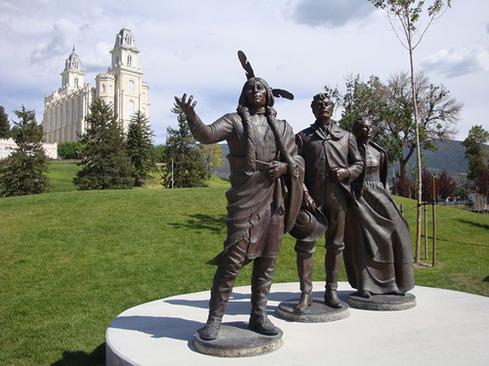 Utah risks tarnishing the reputation it is trying to build as an inviting place for technology companies.

The government has no business protecting existing players from technological innovation. In addition to being bad for competition in Utah, it will have a chilling effect on the state's well-deserved reputation as a great place to do business. It signals to companies worldwide that Utah isn't friendly to innovative, disruptive companies, a message no state wants to be sending. In addition, by keeping out companies like Zenefits that help lower overhead costs for small businesses, Utah is putting its own small businesses at a disadvantage.

It's even more shocking that this is happening in Utah, as Gov. Gary Herbert has made tech growth a priority as he works to lure companies to the state's "Silicon Slopes." This work is paying off, since Utah now ranks eighth on the Information Technology & Innovation Foundation's State New Economy Index, up from 12th four years ago. As this innovation drive now runs squarely into opposition from an established political constituency, the question is whether Gov. Herbert will be able to maintain Utah's reputation as a tech-friendly state, or whether incumbent businesses will hold back the state's economic progress in their attempts to obtain a temporary reprieve from competition.

For the sake of Utah's small businesses and consumers, let's hope he sides with innovation.

Robert Atkinson is president of the Information Technology and Innovation Foundation and co-author of the report "Are Robots Taking Our Jobs, or Making Them?" View Full Bio
We welcome your comments on this topic on our social media channels, or [contact us directly] with questions about the site.
Comment  |
Email This  |
Print  |
RSS
More Insights
Webcasts
Protecting Your Enterprise's Intellectual Property
ROI and Beyond for the Cloud
More Webcasts
White Papers
Passwordless: The Future of Authentication
Presenting Your Cloud Security Strategy to the Board
More White Papers
Reports
Assessing Cybersecurity Risk in Todays Enterprises
The ROI Of SD-WAN: Not Just A Numbers Game
More Reports

i do find it interesting that Gov. Herbert, who is not normally a fan of commercial regulation is weighing in on this.  I suspect some lobbying on behalf of the insurance industry.  But for better or worse, all fifty United States do regulate the insurance industry within their own borders (and regulation of the professions does seem to be one of the items placed under the jurisdiction of the states by the US Constitition), so it behooves governors and legislatures to make sure that all insurance firms doing business in their respective states are playing by the same set of rules.  If the rules are too restrictive, then changes can be proposed and considered; and those who believe that any form of commercial regulation whatever is an abomination can once again make their best case.

In any case, I see no need whatever to centralize commercial regulation for the convenience of big business; if anything, the field should be tilted in favor of small, regional players as that in the long run provides more competition, which means more choices for consumers and workers alike and avoids facilitating the amassing of political influence by large multinationals.  Likewise the growing trend toward the internationalization of commerce is not an excuse to repleal or ignore national laws in favor of a worldwide commercial code negotiated by diplomats, or passed by a worldwide parliament.  Decentralized government is a good thing because it is scalable in a way that centralized authority can never be.  Accordingly, we should avoid undermining it without a compelling reason.

There has to be an appeals process on this. If I'm a lawyer, I've got to be licking my chops over this one.

Otherwise regulators are dictators. They have to be contained by something (laws, rules, etc), you can't just make an arbitrary ruling based on being too good/efficient for your competion. That's so rdiculous I'm having trouble buying there isn't more to this story.  Please follow up on this in future, love to see how this turns out.
Reply  |  Post Message  |  Messages List  |  Start a Board

It's about taxes, and monitoring the gov't's take. If these companies were based in Utah more than liekly there'd be less clamour.

Here in Ottawa (Canada) Uber is being bullied out of town and there are other turf wars in other jurisdictions.
Reply  |  Post Message  |  Messages List  |  Start a Board

@danielcawrey Ultimately, you can't stop progress, though you can slow it down with restrictions.
Reply  |  Post Message  |  Messages List  |  Start a Board

This type of small business protectionism is all about playing politics. Why are small businesses often so averse to change, resisting innovation?

I suppose a lot of it has to do with the cost of change for customers and employees. But that makes the environment ripe for companies like Zenefits, Uber and AirBnB. This disruption is likely to only accelerate, and policians will be unable to help many businesses from competition in digital form.
Reply  |  Post Message  |  Messages List  |  Start a Board

<In his ruling, he cited the need to protect "fair competition," arguing that the "ease of using Zenefits" made it unfair to the more established insurance brokers. >

Is it just me, or is this really tantamount to saying any company that comes out with an obviously superior product is guilty of engaging in "unfair competition?"
Reply  |  Post Message  |  Messages List  |  Start a Board
Editors' Choice
Hot Topics

10 IT Trends to Watch for in 2021 Cynthia Harvey, Freelance Journalist, InformationWeek,  12/22/2020
White Papers
Passwordless: The Future of Authentication
Two-Factor Evaluation Guide
The State of Threat Detection and Response
All In, Online Gaming & Gambling
Universal Internet Connectivity: Reality or Myth?