The Need to Go Digital Is Clear; Not Everyone Can Get There - InformationWeek

PwC report on the 2017 Global Digital IQ says some organizations becoming top performers in going digital; others, not so much.

Ten years ago, PwC set out to measure what it called a company's "Digital IQ." In 2007, that meant a variety of compute-related tasks. In 2017, the need for a Digital IQ has become more urgent. Not everyone has responded equally.

Digital IQ, or the ability to harness and use technology, "has actually declined since we began asking," states the latest PwC (the former Price Waterhouse Coopers) report, 2017 Global Digital IQ Survey. The decline is not measured by any objective, across the board metric. It's reflected in how executives "self-assess" the preparedness of their own organizations in the changing environment around them.

Organizations aren't falling behind well-established standards so much as "struggling to keep up with accelerating standards," the PwC report said. It's clear "most are not ready for what comes next – as technologies continue to combine and advance and new ways of doing business go from inception to disruption seemingly overnight," it added.

Another way of saying that is that the technical skills in hand in the IT organization may be the same or greater than before, but executives' conception of what will be needed in the near future is outstripping those skills. Welcome to the age of digital transformation.

All the respondents work for organizations with $500 million in revenues or more. Thirty-eight percent are in enterprises with $500 million to $1 billion; 62% were in organizations with $1 billion or more. The survey was conducted by Oxford Economics between September and November last year, with the 2,216 respondents drawn from 53 countries. Half were IT executives and half were business leaders.

Want to learn how one company executed its digital transformation? See GE Draws Up Playbook for Digital Transformation.

To gain a broader view of the challenge and allow greater ability to keep up, IT staffs need to change their overall focus. Mastering a new technology may or may not improve the collective digital IQ. But focusing on the human experience, how representatives of the company and customers are interacting, will raise the IQ.

To do that requires "rethinking how you define and deliver digital initiatives, considering employee and customer interactions at every step of the way."  It also requires a culture of innovation, where one improvement sets the stage for the next, the report said. 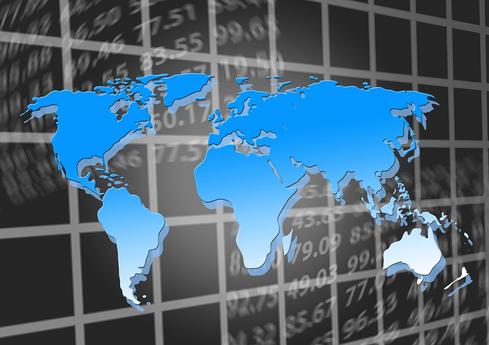 The companies with profit margin and revenue growth above 5% for the past three years and expecting the same for the next three years "tend to have broader definitions of digital, encompassing customer-facing technology activities." In addition, their definition of digital goes beyond technologies into the organizational "mindset" of how it's viewing the next task in front of it. Most of the top performers don't say "digital" at their company is synonymous with IT operations and services – just 16% use IT as the equivalent of "digital." Throughout the PwC survey, 30% used the two terms as synonymous.

PwC didn't say how many companies in the survey qualified as top performers but it continued to describe in detail their characteristics. Eighty-two percent of the top performers "have a better understanding of the human experience that surrounds digital technology" compared to 69% of lesser performers. They are more likely to assemble a cross-functional team of business, technology and user experience specialists than non-top performers (74% vs. 65%). One of the top goals of their digital projects is to create a better customer experience, said the report.

The top performers prioritize both innovation and emerging technology. They often have dedicated innovation teams (59% vs. 42%). Three quarters of them (versus 61% of lesser performers) say the innovation process includes identification and commercialization of digital products – another sign of the digital "mindset" as opposed to producing the traditional goods and services. Half of the top performers build prototypes to explore new business ideas that involve emerging technologies.

Ten years ago, the top emerging technologies were data mining and analysis, search, service-oriented architecture and virtual collaboration. Today, mobile technologies, data security, cloud computing, the Internet of things and artificial intelligence are dubbed the next big things, it said.

In 2007, 33% of executives said their CEO was a champion for digital efforts and technologies. Today the number has risen to 68%.

Likewise, 40% of executive in 2007 said the CIO was a significant participant in the company's strategic planning. Today, the CIO has "strong relationships with other senior leaders and often oversee digital strategy and investments," the report said. New roles are being added to the IT staff that reflect the sense of urgency over digital transformation: chief digital officer, chief data officer, etc. – positions mean to focus on the strategic use of technology.

But the common denominator to the many changes is how digital technology can be use create a better customer experience as customers interact with the company.

Most companies have not kept up with the need to transform digitally "as powerful new tools crowd into the marketplace," the report warned. The scale against which the executives are measuring their digital preparedness is not a static one but the fast-moving environment in which they now find themselves. The companies may actually be smarter about technologies they're using "but the questions keep getting harder," the report noted.

In addition, outside of the CEO and CIO, not every executive in the C-suite is able to guide the digital transformation. Digital investment prioritization, innovation and the development of new products rest remains the domain of the CEO and CIO with few other functions taking "a leading role," the report said.

On a more positive note, two-thirds of the companies said they have a multi-year roadmap for IT and business processes. A full 80% said identifying digital opportunities was crucial to the future of the company. Forty-three percent had teams to do so.

The focus on digital may improve in the near future with the appointment of a new member to executive suite, the chief experience officer, or CXO. Technology, business strategy and the human experience of dealing with the company would be wrapped up in the triumvirate of the CXO, CIO and CEO.

Charles Babcock is an editor-at-large for InformationWeek and author of Management Strategies for the Cloud Revolution, a McGraw-Hill book. He is the former editor-in-chief of Digital News, former software editor of Computerworld and former technology editor of Interactive ... View Full Bio
We welcome your comments on this topic on our social media channels, or [contact us directly] with questions about the site.
Comment  |
Email This  |
Print  |
RSS
More Insights
Webcasts
Making XDR Work in Your Enterprise - May 12
How the Rapid Shift to Remote Work Impacted IT Complexity and Post-Pandemic Security Priorities
More Webcasts
White Papers
A Decade of Passive DNS
Improve your business with a Virtual CISO
More White Papers
Reports
We Need Your Input: Trends in Workforce Optimization
Intelligent Outcomes Are Key to Business Resilience
More Reports

These "self assessment" surveys are a slippery slope. They don't measure any real fall-off from a fixed point. They show decreasing confidence in the upper ranks of the organization in its ability to keep up. That may be a sign of the times more than anything else.
Reply  |  Post Message  |  Messages List  |  Start a Board
InformationWeek Is Getting an Upgrade!