Why Pinterest Updates Its Mobile App Every 3 Weeks - InformationWeek

Pinterest puts out a new version of its iOS and Android mobile app every three weeks, like clockwork.

For companies used to doing "ship when it's done" software development cycles, or thinking in terms of quarterly or annual projects, putting new code in front of tens of millions of customers every three weeks might sound daunting, even impossible.

Why did Pinterest choose a three-week cycle? "Because I got pushback when I tried for two? That's the honest answer," said Mike Beltzner, mobile product lead for Pinterest, in an interview with InformationWeek.

Pinterest is a visual bookmarking tool that people use to share creative ideas, from recipes and fashion to hiking trails and mobile apps. Ever since Pinterest embraced this rapid-release schedule for mobile apps in 2014, a lot of benefits have flowed from the process.

Below are just three of the benefits that Beltzner shared with me. (IT leaders can hear more from Beltzner and other creative technology thinkers at the InformationWeek Conference, April 27 & 28. Learn more and register.) 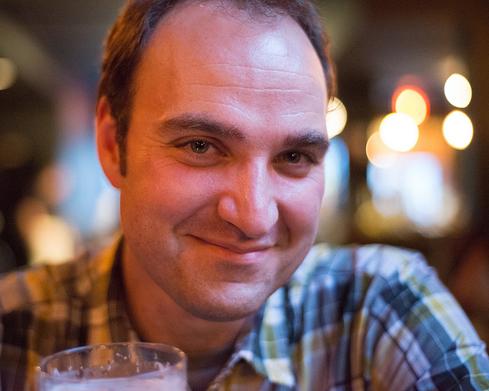 With Web apps, a company can change one piece of functionality, implement it, and all your customers are instantly using the latest code base. Mobile apps complicate that process, since the app must go into an app store and the customer must update it.

With a three-week release schedule, and with more customers updating automatically, the process somewhat replicates the pace of deployment of Web development, he says.

Pinterest will do A/B testing with some new mobile app features. The company will ship two experiences within an app update, and let the app decide which to give upon launching. Pinterest can then study whether customers like and use the new features.

Pinterest developed its own platform for managing that kind of A/B testing, but third-party software such as Optimizely also can help manage that process. (Pinterest posted an in-depth engineering blog on its A/B testing.)

"There is absolutely no replacement to having users experiencing an app at scale."

It's a truism of software development, Beltzner says: "The more you change, the more you can regress or break."

A three-week development cycle means Pinterest can change just a small piece of the mobile app code each time. Then, if something's not working right, the company can quickly pinpoint the code that caused the problem and fix it.

When Pinterest had more time between releases, it meant that developers packed many more changes into each version. The team did one to two weeks of bug fixes ahead of the release, and then generally had a clean-up release a week later. "The longer you went between releases, the more time you had to spend protecting against the change," Beltzner says.

Doing a three-week cycle did take some changes to testing. Pinterest's 500 employees are part of the testing process, since they constantly use the app. They have "rage shake" software on their phones. If something doesn't work right, they shake it. The phone captures what's happening at that moment, and the employee can share notes on the problem. Pinterest employees get automated updates as often as five times a day with new features. Even a large human testing lab like this isn't sufficient though. Beltzner says companies must start with a solid automated testing platform.

Still, the risk-reward trade-off here is one of the paradoxes of quicker software releases: The risk of any one code change is smaller, so you can innovate faster with less risk.

Once Pinterest decided to go ahead with the idea, it was able to implement it in two-and-a-half weeks. For 2015, a big strategic focus is making pins more actionable, like those downloadable apps are.

Any IT leader has to ask: How long would it take our team to execute on an idea like that? What would we have to change to get development and implementation in close to two-and-a-half weeks?

As more companies build customer-facing apps or embed software into their products, conventional companies must behave more like software companies. Doing so might mean dramatically changing the rhythm of software releases and changes.

For Pinterest, three weeks was the right number, but now developers are pushing for two-week cycles. Whatever the number, Beltzner said he sees no desire to go back to a longer release cycle. "When opportunities come up, you can benefit from them very, very quickly."

Are you an IT leader considering attending the InformationWeek Conference? You can Email me with questions, or register now and save $200 off  InformationWeek Conference passes with discount code CMBLOG. Other speakers include the CIOs of Walmart, AstraZeneca, the NBA, ConocoPhillips, Royal Caribbean, and more, along with 3D Robotics CEO Chris Anderson, discussing drones and the future of automation.

Chris Murphy is editor of InformationWeek and co-chair of the InformationWeek Conference. He has been covering technology leadership and CIO strategy issues for InformationWeek since 1999. Before that, he was editor of the Budapest Business Journal, a business newspaper in ... View Full Bio
We welcome your comments on this topic on our social media channels, or [contact us directly] with questions about the site.
Comment  |
Email This  |
Print  |
RSS
More Insights
Webcasts
People Are The Most Important Part of Autonomous SOC
Nip Ransomware in the FUD: Detecting Attacks Pre-Encryption
More Webcasts
White Papers
iPaaS Intrigue: A Faster Path to Digital Transformation
MontanaPBS Shifts to Agile Broadcasting with Help from Raritan KVM Solutions
More White Papers
Reports
Key Strategies for Managing New Risks in Cybersecurity
The State of Threat Detection and Response
More Reports

I think established companies can learn a lot from looking at web-mobile innovators like Pinterest, even if it's not exactly an apples to apples comparison. GE is an example of an established company trying to learn from the Silicon Valley startup culture. At last year's InformationWeek Conference, one of GE's business unit CIOs, Jim Fowler, described how GE created a Silicon Valley office in part hoping that that office could change GE's culture -- to drive more speed, more innovation, etc. Jim was then CIO of GE Power & Water and is now CIO of GE Capital -- 2 highly regulated industries -- but he's still embracing the ideas, with certain caveats to meet regualtory requirements. So GE has a program called FastWorks, to take the best of techniquest such as Agile and DevOps and make them work for a big, established, regulated companies, hopefully without sucking all the value out of them.
Reply  |  Post Message  |  Messages List  |  Start a Board

I like Mr. Beltzer's response to the question of why they do things this way - 'because they wouldn't give me two weeks' kind of amounts to 'why not?' We see that a lot when it comes to recent IT trends. Think about DevOps; why not elminate any needless steps in the process and streamline everything into our development cycle? Now, there are some legitimate reasons why not for some enterprises (compliance, security), especially in some industries (financial, government-related), as others are pointing out here. If you're in one of them, then maybe Pinterest's method is not for you, but there are still some useful tips to be gleaned here. For example, getting all your users on board a big change like this, collecting their feedback, and using it to improve the process.

Continuous improvement is the name of the game, and that's also true for every business. New techonlogies like cloud, like SDN/NFV, like analytics, allow companies to innovate faster and better whether they're marketing directly to consumers or not - whether they're releasing on mobile or not. If you look at the number of companies adding 'digital' officers and departments, you see that this now touches even businesses that this once seemed irrelevant to. Fortunately, if you don't have the scale, the reources, or the desire to build the infrastructure necessary for yourself, outside companies can help. Amazon, Google, and Docker have offerings to help you streamline your process without having to retrain all your staff. Meanwhile, if you need to stay in-house, there's all kinds of great hyperconverged options. I'd say there's a lesson in here for everyone.
Reply  |  Post Message  |  Messages List  |  Start a Board

Pinterest does one set of tasks and that's it. It is not comparable with an enterprise application that does a multitude of things. Further, Pinterest is not a business critical app for anyone...except for the makers of Pinterest. That means if Pinterest doesn't work right users do not lose business from it. Comparing Pinterest to enterprise (web) apps is comparing apples to oranges.

Many enterprise customers even dislike quarterly releases and often opt not to take them if they have control over it. They rather have annual releases that can be installed when there will be less impact on business. Releasing early and often is nothing more than a sales tool, it allows sales reps to show new features to potential customers quicker and it allows the business to add features faster to potentially close a deal. Often times these deal enablers end up being just a Potemkin's village. The release often craze has some benefits, but it is a major drawback on application quality. Proper design and testing are out, let's have (paying) customers test it. So what if they get dissatisfied? Since everyone is pushing out mediocre apps at rapid pace the customers are getting used to increasingly crappy software. Apparently, this is where folks want to go.

@beltzner Glad to hear it! We shouldn't expect perfection, but it's encouraging that security reviews are built into the process.
Reply  |  Post Message  |  Messages List  |  Start a Board

@Drew Conry-Murray, good point... but this days everyone talks about security... but put it on the last to do list... scarry if you ask me....
Reply  |  Post Message  |  Messages List  |  Start a Board

@danielcawrey, I could not agree more... as this days also hype should always be taken in the account of how things done....
Reply  |  Post Message  |  Messages List  |  Start a Board

@Thomas Claburn, yes from my point of view as ex QA/Software tester you are right... but with security you never know....
Reply  |  Post Message  |  Messages List  |  Start a Board

I'm guessing if the focus is A/B testing, most of the changes are UI and don't affect core security functions.
Reply  |  Post Message  |  Messages List  |  Start a Board

I completely understand why Pinterest would do this, even before reading the article.

After reading, I believe in this type of development cycle even more. It makes three weeks acutally seem like a long time, doesn't it?
Reply  |  Post Message  |  Messages List  |  Start a Board
Page 1 / 2   >   >>
Editors' Choice
Hot Topics