Thinking of outsourcing with Infosys, Wipro, or Tata? Here are some points worth knowing about the IT services heavyweights.

Over the past five years, the rapid revenue growth of Indian outsourcing firms has slowed due to the rise of cloud services, automation software, and non-technical factors like political unrest and the difficulty of obtaining visas.

Yet Indian outsourcers are still growing at a much higher rate than their Western counterparts (16% versus 0.5% between 2009 and 2012). Lower wages, a favorable rupee/dollar exchange, and a much larger pool of younger skilled programmers and engineers make it appealing to offshore certain IT workloads.

[Why are automakers better at outsourcing than IT? Read 4 Outsourcing Lessons IT Can Learn From Automakers.]

Major Indian providers such as Infosys, Wipro, and Tata Consultancy Services used to be "traditionally on the outside, used by necessity," says Rutchik, but they can compete now with IBM, CSC, and Hewlett-Packard by using technologies that allow remote management of data center monitoring, servers, and patching. 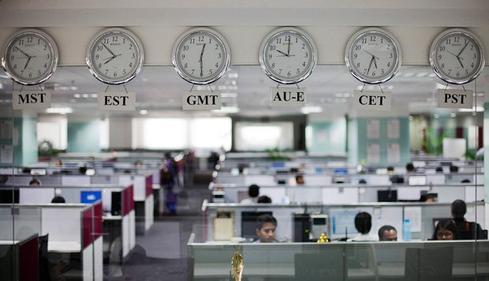 But before making the critical decision to ship off IT duties to India, ask yourself: How well do I really know these firms? Along with your own due diligence and vendor research, check out these 15 nuggets of information about Indian outsourcing giants Infosys, Wipro, and Tata Consultancy Services:

Shane O'Neill is Managing Editor for InformationWeek. Prior to joining InformationWeek, he served in various roles at CIO.com, most notably as assistant managing editor and senior writer covering Microsoft. He has also been an editor and writer at eWeek and TechTarget. ... View Full Bio
We welcome your comments on this topic on our social media channels, or [contact us directly] with questions about the site.
Comment  |
Email This  |
Print  |
RSS
More Insights
Webcasts
Protecting Your Enterprise's Intellectual Property
Building the SOC of the Future: Next-Generation Security Operations
More Webcasts
White Papers
How to Prioritize Risk Across the Cyberattack Surface
Presenting Your Cloud Security Strategy to the Board
More White Papers
Reports
The State of Threat Detection and Response
Building an Effective Cybersecurity Incident Response Team
More Reports

*Most is referring only to the capped (65,000) standard H-1bs.  (Surprize, some H-1b visas are not subject to a cap, who do you think bought that amendment?)
Reply  |  Post Message  |  Messages List  |  Start a Board
Editors' Choice
Hot Topics

10 IT Trends to Watch for in 2021 Cynthia Harvey, Freelance Journalist, InformationWeek,  12/22/2020
White Papers
How to Prioritize Risk Across the Cyberattack Surface
Two-Factor Evaluation Guide
Presenting Your Cloud Security Strategy to the Board
The Insider's Guide to IP Geolocation Data During COVID-19
Frost Radar: Global Threat Intelligence Platform Market