4 Outsourcing Lessons IT Can Learn From Automakers - InformationWeek

Automakers get 80% of a vehicle's components from suppliers. Why are they better at outsourcing than IT?

As many companies have discovered, much to their dismay, IT outsourcing doesn't always go as planned. In case after case, the lower costs, better service quality, and greater agility everyone was expecting turn out to be elusive. Looking for lessons in failed engagements has become a virtual pastime for the IT sector, yet the disappointments continue. Perhaps it is time to draw insights on outsourcing from another sector -- specifically from one that does a better job of it, the automotive industry.

Carmakers delegate up to 80% of their production to suppliers, and they've had decades to work on the relationship. The effort has definitely paid off: Auto manufacturers have created an environment where suppliers are continually challenged to deliver improvements, and to deliver them cost-effectively. For example, profit margins for the 10 largest automotive suppliers averaged 4.1% between 2010 and 2013 -- compared to 8.4% for the top 10 IT providers. Yet crucially, it is an environment in which both automaker and supplier benefit.

By following four sourcing strategies from automakers, companies will be better able to foster innovation and efficiency in their IT outsourcing. Just as important, it will spur companies to manage IT as a core component of their business. Because increasingly, that is exactly what IT is. At many companies, however, IT is still seen as a supporting player (even automakers don't always give IT sourcing the attention they give to the procurement of vehicle parts). This second-string status may have sufficed in the old days, when IT wasn't "what the business is about," but not anymore. 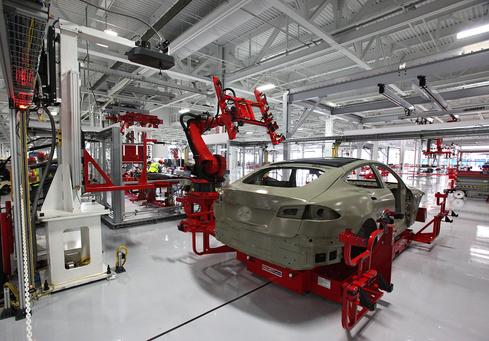 1. Retain expertise
As companies outsource more IT functions, their technology expertise is dwindling. This makes it difficult to evaluate services and know if they're really getting what they need for what they're paying. Automakers avoid this problem by retaining engineering expertise even as they source great swaths of work. One way is to keep the production of certain parts in-house. BMW, for example, produces some car seats internally, as well as parts for the drivetrain and other systems. Another strategy is to do the initial production of a new technology in-house, in order to understand it before delegating it to a provider.

[Do you understand why big data is important? Read Data Science That Makes a Difference.]

Rebuilding IT expertise will take time, so companies should get on their way. They can decide if any outsourced services could be taken back in-house, and add technical experts to their procurement teams. They can prioritize emerging key technologies, such as virtualization and the cloud, and gradually build skills by hiring or developing the necessary talent. Finally, sourcing and vendor management must become integrated parts of an IT career path and not treated as an end station, as is sometimes the case.

2. Pay attention to processes that provide an edge
Automakers are careful to avoid a one-size-fits-all approach to sourcing. For parts that can help a vehicle stand out in the market, the sourcing relationship is more nuanced and hands-on than it would be for more commoditized components. Critical components may involve more collaboration or even joint development, for example. At several premium European car manufacturers, the lighting system is seen as something that can set a vehicle apart, so those companies work closely with suppliers to develop innovative offerings such as laser headlamps.

In IT, on the other hand, all outsourced processes -- whether a "differentiator" or a more commoditized task -- tend to be handled in the similar, hands-off fashion, with the company relying on the vendor to get things right. The automotive industry approach would let companies' in-house IT teams focus their efforts where the payoff would be greatest. For instance, at a logistics company, one differentiating process might be the routing of trucks. The IT application that supports that routing should be flagged for special treatment, such as stepped-up collaboration or supervision. For here, improvements aren't just beneficial, they can bring competitive advantage.

3. Challenge suppliers to deliver improvements
Automakers continually demand that their suppliers improve performance and lower costs. They do this by always having another supplier in the wings. Multiple suppliers will be asked to present prototypes. Multiple suppliers will be chosen for further development. As production nears, yet another vendor will often be added to the mix. Even after assembly starts, dual sourcing is common. There is always someone else to whom the automaker can turn.

IT sourcing rarely sees such alignment of interests. In many engagements, ambiguous contracts, hands-off management, and difficulty switching providers (or a reluctance to do so) give vendors little reason to focus on improvements. To get closer to the automobile model, IT organizations should move to standardized environments when possible, particularly in the cloud. They should also consider the "champion-challenger" model, where one provider does the bulk of the work, but another does some of it (and can step in further if necessary). Another approach is to assign one provider the execution of a task, but give another a quality control role, making sure the work gets done.

4. Emphasize transparency
Automakers are watchdogs. Manufacturers like Renault and BMW have teams of employees calculating the cost base of suppliers. By understanding the costs for materials, labor, and so on, car companies gain insight not only into what they should be paying but also where problems may be lurking. Meanwhile, automakers like Toyota leverage close working relationships -- and freer flows of information -- to foster transparency.

IT organizations, which typically pay for services on a volume-centric measure -- be it MIPS, terabytes, or number of transactions -- rarely have such an inside view. To gain such a view, they could devote procurement staff to better understanding costs, as well as promote more dialogue and information sharing with providers. As procurement staff members develop more expertise, they'll be better able to evaluate the pricing and quality of the services they are sourcing.

There is a reason IT organizations embrace outsourcing: It can really deliver benefits. But to see them, companies need to get back in the driver's seat, creating the right incentives, and balance, in their sourcing relationships. By embracing these four lessons from the auto industry, they can do just that -- and enjoy a smoother road ahead.

Need to deepen your tech leadership skills, or those of your team? Join me at the one-day InformationWeek Leadership Summit Sept. 30 in New York City for an interactive workshop with top IT leaders. Use promotion code BLSUMMIT for a half-off discount for InformationWeek readers.