Apple And Google At Work: The Enterprise Challenge - InformationWeek

With Apple and Google pushing products into the enterprise, businesses need to rethink how they invest in new technology.

Tech companies that made their fortunes in the consumer market have shifted their focus to what was once considered an archaic target -- the enterprise.

This shift means that CIOs must be aware of the potential tradeoffs that come with the various services offered by different enterprise providers. For example, enterprise CIOs could unknowingly pursue a less expensive technology option while increasing their data security risk. They must take specific steps to make sure their security needs are met.

Recently, developments in the enterprise tech space among consumer market leaders Apple and Google have brought these issues to the forefront.

Apple-IBM partnership and "Google for Work"
Three of the largest technology providers moved offensively this year to buffer flattening consumer revenues by diversifying their strengths in areas where they have traditionally lagged. Apple and IBM announced a new "Mobile First" partnership last July that will put Apple's consumer devices like the iPad and iPhone in the hands of the legendary IBM sales force. Two months later, Google rebranded its enterprise offerings as "Google for Work," which allows the company to leverage Google brands that are already strong in the consumer market.

Hampered by increased competition and consumer market saturation, Apple aims to put its devices in the hands of more enterprise users. While widely adopted by consumers, Apple products are not well accepted in the C-suite. With the partnership, IBM gained a "trendier" suite of products to sell to its enterprise customers, while equipping Apple devices with its data analytics capabilities. The arrangement gives IBM more opportunities to penetrate its customers' senior executive levels. 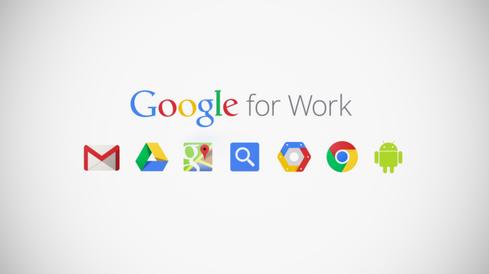 Meanwhile, Google's new offering, Google for Work, is an attempt to compete with Microsoft in the enterprise space. Microsoft recently positioned itself as the "productivity and platforms" company for the future. Google for Work takes its well-known tools, such as Gmail, Google Maps, and the Google Cloud Platform, and applies them to enterprise customers to "create a new way of doing work." And Google emphasizes the "security, transparency, compliance and consumer support" as part of Google for Work.

Apple and IBM command higher prices while offering more sophisticated features and data protection. Conversely, Google is able to sell products at a much lower price point by leveraging its users' data for commercial purposes. However, in both cases, this can create potential problems for enterprises. Specifically, can enterprises be assured that their data does not leak into the consumer space? And how is this data kept separate?

As these tech companies vie to capture share in the market, enterprises are presented with a wider range of options, technology, and prices. But before investing in new enterprise technology, IT decision makers should take these actions to ensure privacy and security.

1. They must create a risk profile for both company- and employee-related data. It is particularly important that organizations determine which data sets require the highest levels of protection, where the greatest vulnerabilities are, and how to address them. These risk profiles break down risks into an objective set of measures that can be prioritized for investment. The National Institutes for Standard and Technology (NIST) announced a new cyber security framework in early 2014 that outlines a risk-based approach for improving cyber security programs for all companies on a voluntary basis.

2. They should match their organization's risk profile to the data protection offered by the different technology options. Knowing how the options stack up against the organization's biggest priorities will help identify the best fit. The NIST framework also offers guidance about how to take this vital step and generate a ranked list of items for funding associated with new technologies.

3. The total cost of ownership for each option should be calculated. This should include a monetary value assigned to cyber security vulnerabilities -- such as data loss or theft, placement of malware, and unintended uses of data -- that could lead to economic loss. Taking a full cost versus risk analysis into account is much more reliable than comparing the initial price tag alone.

Increased competition with the addition of Apple and Google in the enterprise could mean more opportunities for businesses to improve efficiency. But those improvements could come at a greater, intangible cost if all factors -- including data protection risk and total cost -- are not well understood.