How To Get Ops-Oriented IT To Innovate - InformationWeek

0%
Tweet
Innovation is change, and change is hard, but there are ways to ease the necessary evil of progress.

The universal demand is for CIOs to "innovate," whatever that means. My take: "innovation" is a result, not an action, and what qualifies as an innovation versus a disaster is always in the eye of the beholder.

Yet, the vague battle cry for "innovation" remains. What people are really asking is for IT to take action to help improve business results, get closer to customers, and even help the business stop fighting itself through outdated processes. Fair enough.

The problem is this: Taking action really means "change." Although it remains unsaid, at enterprise IT organizations change is practically a four-letter word.

"What's changed?" is the swear word of every data center manager when something breaks, because change is typically what breaks operations. Therefore, the desire for innovation is the secret enemy of operations.

Change, of course, is the necessary evil of progress. It's just that getting there is super hard. Many folks say they have "the answer" to create reliable change that doesn't break operations, but the truth is that there is no one right answer.

[For more on managing adversity to change, see Cloud Whispering: Beyond Force-Feeding IT Staff.]

For years now, partisans in the DevOps, Agile, and Lean Startup camps have implied or even insisted that their frameworks are the way to quality non-damaging change, and I agree, but only to a point. The fact of the matter is that these ways of thinking are not embedded in most organizations, much less IT organizations, for a reason: They're hard to implement.

These frameworks aren't mechanically hard. For lack of a better term, they're "spiritually" hard. They require entrenched personnel to let go of their hard-won and false assumptions to trust in a very different process. (Such false assumptions include, "If we create a detailed forecast and plan, that will guarantee that the project will go well.") 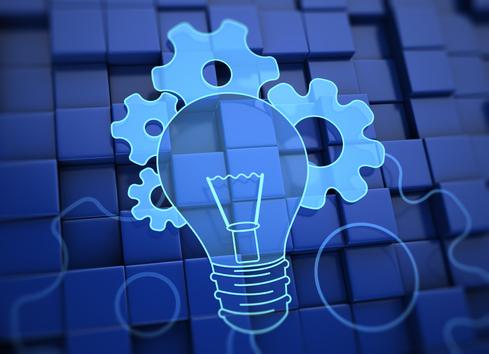 I think we'll get there, eventually. Eventually, the young people who spin off from startups and their very-Lean-Startup ways will make their way into enterprise IT organizations. Eventually, everybody in IT will understand that Lean Startup and Agile are important tool sets. Everyone will understand what minimum viable products are.

But until then, let me suggest that there are two relatively easy ways that we can gently move the needle away from same-old, same-old to create nonthreatening change.

I recently spent some time with Tom Sodestrom, CTO for NASA's Jet Propulsion Laboratory. Over breakfast, he explained what I think is a critical concept for ending up with the result of innovation.

At my job, we've been piloting both Office 365 and Google Apps for a while. The truth is that we will end up being in production with both cloud storage and cloud office productivity apps. Nobody thinks that we could possibly end up saying: "Forget this cloud thing. We're going with desktop software!" That's never happening.

However, the term pilot has baggage. It carries the burden of "failure is not an option." That can be good when the organization has already made a decision, as in, "We understand that cloud is the future, now it's just a matter of choosing which one." It's bad when

This is an interesting article. I think it is important to encourage innovation in IT field.  Innovation is the key for success.
Reply  |  Post Message  |  Messages List  |  Start a Board

A decision to pay for materials to experiment with versus paid presentation materials is a good one. I'm reminded of the old saying, "Let's do something, even if it's wrong." In the wrong hands, that's a waste of time. In the right, practical, experience-based, measurement-minded hands, it's exactly the right thing to do and the  company will benefit.
Reply  |  Post Message  |  Messages List  |  Start a Board
Editors' Choice
Hot Topics