Speed is the common factor that links these IT innovation models -- from freight train to ant farm -- at UPMC, Box, General Motors, and Netflix.

Fail Fast! Agile! DevOps! Cloud! These rallying cries come from IT teams that are almost universally under fire to deliver apps and new capabilities faster. Companies are desperate to get from idea to new tech-powered product sooner -- and too often they look at IT as old school, bureaucratic, and in the way.

IT leaders looking for a dose of speed heard plenty of advice at the InformationWeek Conference this spring in Las Vegas, where a series of tech leaders offered their tactics for building a faster and more innovative IT machine.

Good news and bad news here, though. The good news: These leaders have some clever analogies for what they're doing -- see freight trains and ant farms below -- and they're also centered around specific, actionable strategies for faster IT. University of Pittsburgh Medical Center (UPMC), for example, started a $50 million fund to co-develop healthcare technology with vendors.

The bad news: All of these approaches, while very different from each other, require major cultural and organizational change, change that goes far beyond redrawing IT org charts. At Netflix, to increase speed of innovation, "we built a high-trust, low-process environment with no handoffs between teams," said Adrian Cockcroft, a Battery Ventures technology fellow and former cloud architect for Netflix, speaking at the conference. "We consolidated teams, we put things together, we removed process steps entirely." All these leaders needed to build a different relationship between IT and business units, and with business leaders, throughout the company. 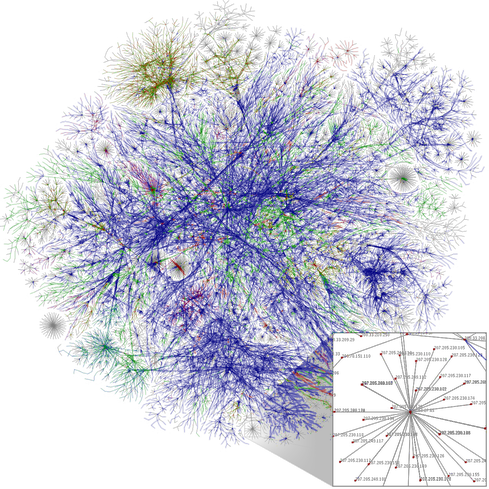 The Ecosystem: UPMC
UPMC, a $10 billion a year healthcare provider and health insurer, has become a frequent equity investor in healthcare IT. UPMC's model is to invest alongside a tech company and co-develop new technology, using the UPMC clinical and insurance site as an alpha site. UPMC also has its own nearly 200-person Technology Development Center; that puts investor, developer, and alpha site under one company. The goal: Make healthcare IT a revenue source for UPMC.

Why does UPMC think it can outsmart the venture capitalist whizzes of Sand Hill Road in spotting and funding breakthrough health technology? It can get to market faster, with products more finely tuned to clinical needs, because it can use UPMC's environment for proof of concept and quick development iterations, UPMC CIO Dan Drawbaugh said at the InformationWeek Conference.

Venture-backed startups pursuing unique healthcare technology need to find and negotiate with a provider to be that kind of highly engaged alpha site. "They might not have an equity interest, so they're committed to it, but how much are they really committed to it?" Drawbaugh asks. "So in terms of alignment, having all that within one ecosystem is a significant differentiator."

But today, taking a lesson from consumer Internet companies, cloud software vendors can introduce new features and code improvements continuously, where code changes constantly roll through into production. But such a steady stream of changes only works, Levie warns, if companies overhaul how they train software engineers and revamp expectations, so engineers are not writing code and throwing it over the wall to quality assurance for testing. Every engineer must constantly assess quality on the fly.

"As you're writing the software, you're learning about what's breaking in the unit tests," Levie told conference attendees. "It's something that everybody has to change about how they develop software. And the ultimate outcome and ultimate benefit is you're getting innovation on demand."

Two Towers: General Motors
GM CIO Randy Mott described how he looks at the IT function in two categories: run the business, and innovate with the business.

"Run the business" is the keep-the-lights-on job for all the software and infrastructure GM needs to function. His team gets benchmarked on

Wow, Chris. There's a lot to talk about here. The need for conferences like this is very real - you can talk about something specific and objective like, say, virtualizing something (big or small), and you can relatively quickly reach a succinct and 'correct' answer. But when you're talking about something as obtuse and subjective as 'improving IT innovation', you can spend lifetimes searching without finding an answer you like... and there will never really be a 'right' one. These speakers have offered some great takes, but I think most organizations will be better off finding their own path and incorporating some of these concepts along the way.

After all, if you're not Netflix (and nobody else is), then Netflix's approach won't work for you pound-for-pound. If you want to start from the bottom in a burgeoning industry and work your way to the top like they did, then some elements of their approach will be helpful - but others will be completely different depending on your industry... and a lot of luck won't hurt, either. The best lesson is that the speed of IT is only going up, but that doesn't have to be a scary thing. What all four of these speakers have in common is that they sat down and retooled their processes to accept and facilitate that speed increase, rather than living in fear of it or using a stopgap approach. That's something anyone can take away from this.
Reply  |  Post Message  |  Messages List  |  Start a Board
Editors' Choice
Hot Topics