5 comments
Comment Now
Machine learning is becoming widespread, and organizations are using it in a variety of ways, including improving cybersecurity, enhancing recommendation engines, and optimizing self-driving cars. Here's a look at 11 interesting use cases for this technology. 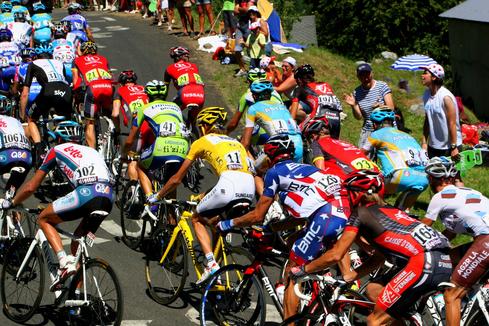 Improving your position in the Tour de France is difficult if you have little or no perspective into the positions and status of other cyclists. About 200 cyclists participate in the race, but not all of the riders are covered on TV. That means neither the public, the cycling teams, or the athletes lack visibility into the entire event.

"If you're not leading the race, the cameras generally aren't on you. The coaches need to know what's happening in the event beyond what's on TV, so they can give information to the athletes," said Robby Ketchell, chief data scientist and co-founder of software and device maker winningAlgorithms, in an interview. "We use what people are saying on social media to help us understand what's happening in the event."

Social media data is less reliable than some other kinds of data, however, because humans contribute both fact and fiction. The algorithm is able to determine the credibility of individuals reporting race details over social media. In the 2012 Tour de Italia, winningAlgorithms was able to tell athletes what was happening 5 minutes before the same information was broadcast over the race's radio system. It also helped a Tour de France team win one stage of the 2013 and 2014 races.

@kstaron, yes I could not agree more as security is important this days... and you could never have lot of security...
Reply  |  Post Message  |  Messages List  |  Start a Board

Some of these are reallt interesting. I love that it could help detect Malware and inprove Cybersecurity. The ones that help read legalese and out wit the other litigator thought I think would probably first only be used by the ones that already have the advantage over the other party, leading to an even greater advantage that I don't feel entirely comfortable with. It's amazing what we've been able to accomplish with machine learning though.
Reply  |  Post Message  |  Messages List  |  Start a Board