12 Tech Greats: Where Are They Now? - InformationWeek

What happened to Rod Canion, Andy Grove, and their peers who shaped modern technology? Catch up on some original tech visionaries. 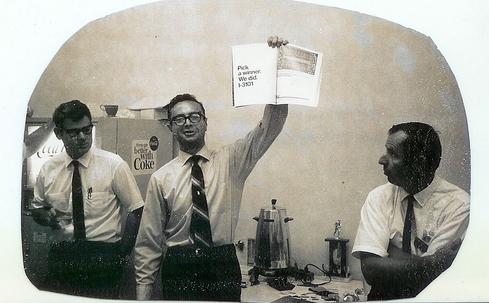 Sadly, many of the early pioneers of the computer industry, from Admiral Grace Hopper to Digital Equipment Corp.'s Ken Olsen, are no longer with us. Even some second-generation pioneers, such as Apple's Steve Jobs and the reengineering guru Michael Hammer, have passed in the prime of life.

But what about the inventors and entrepreneurs who built on the work done by the first generation? They are the leaders who helped drive the PC industry, who packed computers into smartphones, and who innovated not just in how computers were built and operated, but also in how they changed the way modern business operates. Their technologies have changed our lives.

We plucked a handful of names from the technology history books to revisit. The faces that follow certainly don't comprise a definitive list of all-time great living tech leaders; that's a project for another day. Rather, these are examples drawn from a cast of thousands: engineers who created the next great thing, thinkers who sought a better way of utilizing IT, entrepreneurs who risked it all -- including their life savings and credit ratings -- to bring a startup to commercial success, and businesspeople who took charge of a tech company, driven by an inner confidence that better days were ahead.

In many cases, these second-generation tech pioneers have long outlived the companies for which they are known. And there's no shame in that; it's how technology progresses and business works. The technologies offered by those companies not only served a purpose back in the 1980s, 1990s, or later, but they also set a foundation for the capabilities that we enjoy today.

Take the example of the PC, which provided the arena where many of these folks operated. The traditional PC may be heading for the boneyard, but the concepts it introduced in terms of power and miniaturization -- an information device that's under the control of an average worker, and eventually, mobility -- are the bricks with which today's business is built.

You'll notice that this list is male-dominated. Frankly, so was the technology sector in the 1980s and 1990s. However, women are making great strides today as entrepreneurs in startups and through the corporate ranks to CEO of giant tech companies. This list will look very different 10 or 15 years from now.

Since this list is far from comprehensive, we'd love to know who we missed -- and what they are doing today. So share a comment or two and update us on a tech great you admire.

Jim Connolly is a versatile and experienced technology journalist who has reported on IT trends for more than two decades. As editorial director of InformationWeek and Network Computing, he oversees the day-to-day planning and editing on the site. Most recently he was editor ... View Full Bio
We welcome your comments on this topic on our social media channels, or [contact us directly] with questions about the site.

Thanks, Technocrati. Any suggestions for people that we missed?
Reply  |  Post Message  |  Messages List  |  Start a Board

@Brian Dean. Right, Lanier isn't a household name but he's had an impact on many fronts.
Reply  |  Post Message  |  Messages List  |  Start a Board

That's right! Thanks for the refresher... I should have remembered that Sculley was there when Woz left.
Reply  |  Post Message  |  Messages List  |  Start a Board

@jamescon- I was jsut talking about this with someone and they asked what Maverick's middle name was. Turns out it is Scott (I was hoping that was where Goose came in). But in looking up the middle name I discovered that McNealy named all of his kids after cars. His dad was Vice Chairman of American Motors and he grew up in Detroit.

All the names are cars with native American connections.

@Alison. Everything I've heard about Woz indicates that he wanted to do engineering rather than run a big company. It seems like he is more of a hands-on techie with a leaning toward running a startup if being the CEO of anything. Also, when Woz left Apple it wasn't under Jobs but John Sculley. Jobs left in 1985 to do NeXt, and Sculley stayed on until 1993. I didn't realize until I just looked it up that Sculley was there for 10 years.
Reply  |  Post Message  |  Messages List  |  Start a Board

@Charlie. Applying today's standards for software patents, particularly the business process decision that the Supremes handed down a couple years ago, Visicalc probably wouldn't have qualified for a patent. However, Bricklin writes on his site that there were several reasons for not applying, the biggest one being cost and lawerly advice along the lines of it not being worth it.
Reply  |  Post Message  |  Messages List  |  Start a Board

I'd have liked to be such a tech stud that I could get away with naming my kid Maverick. Does McNealy he have another kid named Goose?

He pops up a lot, commenting on various technologies (such as cloud). I wonder how differently Apple would have turned out if Woz had been at the helm instead of Jobs?
Reply  |  Post Message  |  Messages List  |  Start a Board
Page 1 / 2   >   >>
InformationWeek Is Getting an Upgrade!