Building An IT Infrastructure: From Dream To Data Center - InformationWeek

Tonia Williams, CIO of the Housing Authority of the Cherokee Nation, recounts how she was invited to imagine a data center where there was none, and then set out to build it.

In 2012, the Housing Authority of the Cherokee Nation (HACN) became a separate entity not directly supported by the tribal government. To replace the resources previously provided by the Cherokee Nation, the HACN needed to deploy its own IT infrastructure, without much in the way of money or personnel.

At the time, said HACN CIO and IT director Tonia Williams in a phone interview, HACN had about 145 employees, but no payroll system or IT support.

"We had a couple of servers that ran the various business applications that the Housing Authority had," said Williams.

When she arrived in October 2012, Williams recounted, the executive director of HACN showed her around. He brought her to an empty room, she said, and invited her to imagine the data center that the organization would need to create to support its mission: providing housing-related services such as insurance, home rehabilitation, senior housing, and emergency and low-income assistance to the Cherokee Nation's 315,000 citizens. 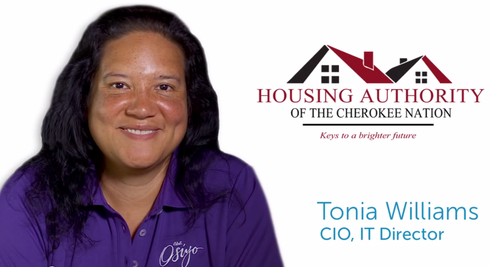 "We didn't have adequate electricity," Williams said. "We had a window-unit air conditioner. When we did our equipment check across the 14 counties, we found at least 70% of [the] machines people were using were more than five years old and well past their three-year warranties."

While the machines were old, the people were new. "They had minimal experience," said Williams of her IT staff. "Our help desk tech, for example, had absolutely no IT experience, but he really was good on a personal level. Our system administrator had two years as a level 1 hardware tech. And our network administrator, he was a level 1 network tech. I was a little nervous."

Williams' list of challenges was considerable: She and her five-person IT team had to build a network, set up firewalls and switches, take care of the servers and licensing, establish domains and email, and move accounts around. There were printers, landlines, and fax lines to deal with, too.

"I had to look at what would be the easiest thing to set up based on individual skill levels," said Williams, noting that her first goal was to get off the physical servers and go virtual as much as possible.

Building the HACN's IT infrastructure took about seven months. Included are: 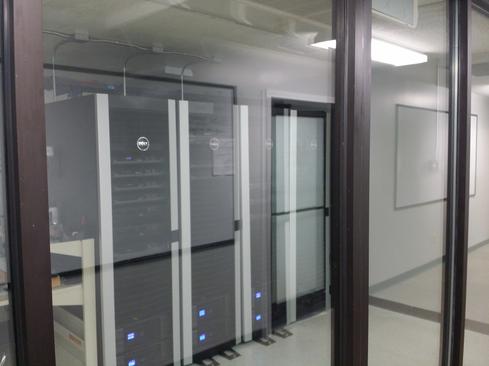 Williams went with Dell's AppAssure backup and recovery system, in conjunction with a Dell EqualLogic PS Series SAN, because it fit her budget needs and didn't demand knowledge beyond the experience of her IT staff.

AppAssure provides backup for around 40 virtual servers that run the systems HACN and its clients depend on. Williams credits the system for reducing the IT group's workload by half, which has freed staff for other tasks.

"There have been huge bottlenecks that have gone away because of our upgrade to our server technology," said Williams. "Just going with the EqualLogic setup, the speed on the processor, we can allocate what is necessary based off of usage."

The only cloud service HACN uses is Office 365. "Everything is on-premises," said Williams. "We installed the storage area network, and we virtualized our business applications in multiple clusters across one SAN. We're implementing a secondary site [for backup and disaster recovery]."

Looking back, Williams says she can't believe how smoothly everything went, given her staff's lack of experience and the resource constraints. But that was then. Now, says Williams, things are different, and everyone works better as a team. "They're a lot more confident," she said. "The best part of it is we are now proactive instead of reactive."

Thomas Claburn has been writing about business and technology since 1996, for publications such as New Architect, PC Computing, InformationWeek, Salon, Wired, and Ziff Davis Smart Business. Before that, he worked in film and television, having earned a not particularly useful ... View Full Bio
We welcome your comments on this topic on our social media channels, or [contact us directly] with questions about the site.
Comment  |
Email This  |
Print  |
RSS
More Insights
Webcasts
Zero Trust for a Work-From Home World
Optimizing App Performance in the Cloud
More Webcasts
White Papers
Why Add Security to Your Skill Set and How to Do It
Sunburst: Impact and Timeline
More White Papers
Reports
Are We Cyber-Resilient? The Key Question Every Organization Must Answer
The State of DevSecOps Report
More Reports

Funny how the tiny little Cherokee Nation can build a data center with minimal resources and personnel and attain successful results but the federal government with access to unlimited monies and gargantuan pools of personnel to choose from screw up every time.
Reply  |  Post Message  |  Messages List  |  Start a Board
Editors' Choice
Hot Topics

CRM Trends 2021: How the Pandemic Altered Customer Behavior Forever Jessica Davis, Senior Editor, Enterprise Apps,  2/18/2021
White Papers
Why Add Security to Your Skill Set and How to Do It
Sunburst: Impact and Timeline
Improving Security by Moving Beyond VPN
Protection Strategies for a Cyber-Resilient Organization
How Hyatt Eliminated Bot Attacks Without Impacting their User Experience

More Informa Tech Live Events
Zero Trust for a Work-From Home WorldHybrid Cloud: The Great Balancing ActCybersecurity's Next Wave: What You Should Know