Marketing and IT don't need to conflict. Extreme Networks CMO explains how the two can leverage each other's strengths to build a better digital business.

Here's a common enterprise scenario: The chief marketing officer, preparing a marketing campaign, goes into the cloud and launches the campaign on a cluster of virtual servers. The expense for the project comes out of the CIO's IT budget.

When it comes to shadow IT, nobody gets blamed more often than the marketing department. In fact, some observers have even suggested that the CMO should simply be given a share of the CIO's budget.

But Vala Afshar, CMO of Extreme Networks, disagrees. In fact, he wants to convince other CMOs that the CIO is potentially their best friend.

When Afshar, a 1996 graduate of the University of Massachusetts at Lowell in electrical engineering, received a message in late 2010 telling him he had a Twitter account, he thought at first he was being spammed. At the time, he didn't even know what Twitter was, and thought it might be some new form of phishing. But he had been an active user of Salesforce.com's Chatter since his firm installed it for internal social networking. Afshar said, "The CIO told me, 'I don't find you that interesting -- but for some reason, a lot of people in the company are interested in you.'" Since many of his colleagues were following him on Chatter, the CIO said, he could extend the reach of his comments to a larger audience with a Twitter account. 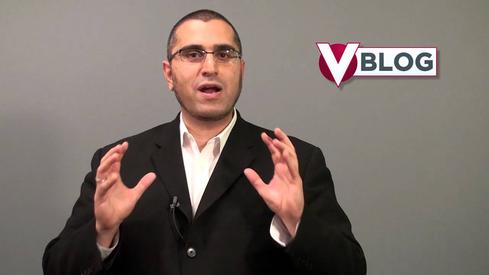 Afshar, who was interested in marketing and considered the help desk a primary springboard for marketing, commented frequently on how the company should improve its customer relationships. He started doing the same thing on Twitter. "I didn't have a social footprint [prior to Twitter]," he said. But he proved as prolific on the new medium as he had been on Chatter. One week after he sent his first tweets he found himself in an online conversation with Tom Peters, one of the authors of In Search of Excellence (Listen USA, 1985).

[Successful CIOs need to move from the back office to the front lines. Read CIO's Real Boss: The Customer .]

Peters' book had been a standard text in Afshar's college business studies, and Afshar was astounded to have had gone from being a student to having direct engagement with the revered author. Peters wasn't the only follower of Afshar's frequent marketing and customer relationship tweets. "Within a week I was part of this incredible social network," he recalled, speaking at a session titled "CIO & CMO: Adversaries No More," on Wednesday at Interop Las Vegas, run by UBM Tech, InformationWeek's parent company.

Although he started his career as a programmer and also served two years as head of Enterasys' software quality assurance, Afshar is by nature a prolific thinker and commentator on customer relationships and marketing. He went from chief customer officer to chief marketing officer at Enterasys, becoming one of the most frequently followed marketers in the country, with blogs appearing in Inc. Magazine, InformationWeek, and The Huffington Post. He was eventually named CMO of Extreme Networks.

When a publisher who followed Afshar's tweets and blogs asked him to write a book about business executives making effective use of social media, Afshar co-wrote The Pursuit of Social Business Excellence (Charles Pinot, 2012). In 2012, Afshar was named one of the Nifty 50 top technical company business executives on Twitter. InformationWeek also named him one of the Top Ten Social Business Leaders that same year, when he was serving as Enterasys' chief customer officer (Enterasys CIO Dan Pelton also made the list).

Of course, simply signing up for a Twitter account is no guarantee of social media success. "Social isn't about something you do. It's something you are," Afshar noted, pointing out that getting results through social media requires engagement and thoughtful, transparent observations on the challenges of the modern workplace. Social network posts, he explained, must be sincere, open, and collaborative, among other things -- the goal is to share lessons learned with others who may be in a similar position.

At Extreme Networks last fall, he was encouraged to upload one of his presentations to SlideShare. His reaction? "What's SlideShare?"

As a CMO, Afshar said, he was grateful to his CIO for engaging him in social media, so he started following outspoken CIOs around the country and composed his own list of "Top 100 Most Social CIOs." Each one, he said, averaged about 3,300 followers on Twitter. Six months later, his initial set of slides had achieved 300,000 views, and all the slides he's produced and posted since have hit 400,000 views.

"Social media is an amazing way to scale your voice," Afshar said, adding that use of social media is an indicator of the strength of marketing aligning itself with automated systems provided by IT -- not a replacement for IT. "My team can't be successful without collaboration with the CIO," he said.

At the same time, neither the CMO nor the business as a whole can wait while IT decides to retrain and retool. A recent survey by Forrester showed 62% of marketing officers believe the CIO is a strategic partner with its own efforts in meeting the goals of the business. While Afshar cited that statistic positively, he pointed out that the stat also shows that four in ten do not.

The need for the CIO and CMO to collaborate on business goals opens the door to a new title: chief digital officer. This position would ideally have one foot in marketing, the other in IT. While CMOs and CIOs may both aspire to the post, Afshar said, each should have the skills to turn a big cacophony of data into a symphony of useful information. In a Gartner survey, 20% of CIOs said they already play this role in their organization.

A final word of advice from Afshar: "To build great digital capabilities, you need to link to your existing IT capabilities."

Charles Babcock is an editor-at-large for InformationWeek and author of Management Strategies for the Cloud Revolution, a McGraw-Hill book. He is the former editor-in-chief of Digital News, former software editor of Computerworld and former technology editor of Interactive ... View Full Bio
We welcome your comments on this topic on our social media channels, or [contact us directly] with questions about the site.
Comment  |
Email This  |
Print  |
RSS
More Insights
Webcasts
Making XDR Work in Your Enterprise - May 12
Multi-Cloud Data Management for Modern Applications
More Webcasts
White Papers
Managed Threat Detection and Response
The InformationWeek 2021 State of ITOps and SecOps Report
More White Papers
Reports
Are We Cyber-Resilient? The Key Question Every Organization Must Answer
Intelligent Outcomes Are Key to Business Resilience
More Reports

Vala Afshar is an excellent spokesman on the benefits of mutual respect and goodwill, which isn't always the modus operendi in business environemtns. The CMO and CIO sometimes forget that they're working for the same company and substitute instead a competition for budget with each other.
Reply  |  Post Message  |  Messages List  |  Start a Board
InformationWeek Is Getting an Upgrade!