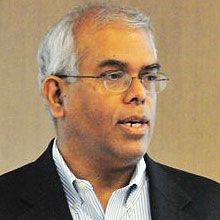 Tech leaders worldwide are jazzed -- and worried -- about the chance to get an edge with digital business, author finds.

When Karl-Heinz Streibich, CEO of Software AG, approached me about interviewing tech leaders around the world to help research his book, The Digital Enterprise, I was cautious. As an innovation author, I was skeptical there would be much "wow" in his Adabas and WebMethods customers. But he was persuasive it would be worthwhile.

He was also correct. Talking with over 30 technology leaders around the world, I found a surprising sentiment in most of these conversations: joy. To them, IT is fun and profitable again.

The big reason is that the companies where they work have moved past their "systems of record." Sure, they're still optimizing their ERPs and datacenters and moving them to the cloud to manage their costs and risks. But they don't dwell on those systems. They have dabbled with social and mobile "systems of engagement." But what they're really excited about are their systems of competitive advantage.

These systems give companies some kind of edge over their rivals, and they come in several flavors. Here are a few examples from the book: 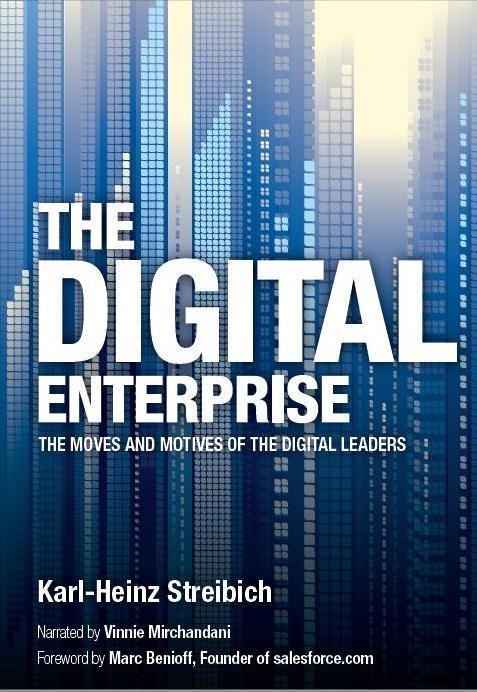 In search of digital excellence.

Technology to make services smarter
Ralf Schneider, Group CIO of Allianz, described how the company is using analytics to launch an array of new insurance products. Its subsidiary in Italy, for example, can generate a quote based on just two personal data items from a prospect -- license plate number and date of birth. Mapfre, a Spanish auto insurer, described how driver data gathered through telematics taught it that the nature of a person's commute is a more important influencer of risk than the age of the driver. That led it to launch a "YCAR" initiative aimed at courting a Gen Y demographic that the industry has traditionally treated warily.

Embedded technology in products
Even as many manufacturers scramble to make their products "smarter," few companies are making a bigger strategic bet than GE on technology- and IP-enabled products. Its new 2.5-120 wind turbine constantly shares data from its neighboring turbines and uses that data to pitch its blades for highest efficiency. Its locomotives use Trip Optimizer technology that William Ruh, GE's global technology director, compares with cruise control in your car that also adapts to the changing terrain. "So, based on GPS data, it can slow down for downward slopes," Ruh said. "It optimizes speed for cutouts based on data of other rail traffic."

More efficient customer-response systems
Esat Sezer of Coca-Cola Enterprises described how salespeople can use the company's mobile app to take photos of the cooler, shelves, and back room in the stores they service. Using proprietary algorithms, the app provides feedback to the salespeople within minutes on how best to reconfigure the store displays. Employees can use the same photo-recognition technology in the backroom to estimate inventory levels and feed the ERP replenishment process. The system makes a salesperson far more productive -- and other consumer goods companies have approached CCE about adapting the tech for their toothpaste and shampoo salespeople.

Reengineered business models
Two CEOs from industries that have seen massive technology-driven turmoil shared how they are thinking very differently. Normally, travel industry customers are penalized for changing their plans. Heinz Kreuzer of TUI Infotec, the tech arm of a major German travel company, described how TUI Travel is instead texting and emailing travelers with incentives to extend their stays or add a side trip while they are on the road. Paul-Bernhard Kallen, CEO of Hubert Burda Media, described how he considers e-commerce sites, rather than traditional publishers, as his major competition today. He cited the example of Natalie Massenet, the founder of Net-a-Porter, an online high-fashion site. She came from fashion journalism, not retail, and has been quoted as saying, "I thought I'd abandoned my dream of being an editor. It was a couple of years until I realized that I was just doing the 21st century version with an interactive magazine that's entirely shoppable."

Global expansion and risk management
Jan Verplancke, CIO of Standard Chartered Bank, described his Breeze mobile banking apps. Big deal, every bank has one, right? But Standard Chartered is doing so in emerging markets including India, Malaysia, Indonesia, Pakistan, and Nigeria, with apps launched and customized to fit each country's demographics, market needs, and risk profiles. Yet the bank must also meet the needs of an ultra-mobile elite clientele that travels across these markets and expects the banking experience to be consistent no matter the location.

To some degree, today's technology landscape is a throwback to the 1960s and 1970s, when we first dreamed of achieving competitive advantage through technology. Remember how Sabre, the airline reservation system, and American Hospital Supply were praised back then for transforming their industries?

But along with excitement, I also felt an uneasiness in my interviews. These executives realize that their technology provides only fleeting advantage. Innovative features in a high-end Mercedes can show up in a modestly priced Škoda or even a far cheaper Tata Nano in just a few years. The excitement and unease came through loud and clear, whether I was doing the interview in Singapore, Germany, Australia, or the US.

Karl-Heinz called this project the "search for digital excellence," alluding to Tom Peters' 1982 book, In Search Of Excellence. Digital excellence is reshaping processes in every industry in every country. That will create strategic advantage -- and disadvantage -- in spades.

Besides his books, Vinnie Mirchandani, writes two technology blogs and consults with CIOs on technology strategy. He can be emailed at vm AT dealarchitect DOT com. View Full Bio
We welcome your comments on this topic on our social media channels, or [contact us directly] with questions about the site.
Comment  |
Email This  |
Print  |
RSS
More Insights
Webcasts
Making Cybersecurity Work in Small and Medium-Sized Businesses
5 Steps to Solving Modern Scalability Problems
More Webcasts
White Papers
The Insider's Guide to IP Geolocation Data During COVID-19
The State of Threat Detection and Response
More White Papers
Reports
Assessing Cybersecurity Risk in Todays Enterprises
The Malware Threat Landscape
More Reports

I should have mentioned in my column in eBook form the book is highly subsidized - US $ 3.99 or EU 3.99 - almost 80% off list - on various Amazon sites around world and Karl-Heinz is donating net proceeds from all the copies to charity.
Reply  |  Post Message  |  Messages List  |  Start a Board

J_Brandt, yes these are positive examples and you are right not every company or government entity will use their digital prowess appropriately. And even more concerning is the bad guys have their versions of  "digital enterprises" for cyber crime, cyber war etc.

I love ideas and of course the examples cited are all the positive ones.  But sadly today's consumerism/bigdata gets twisted and used for very negative things.  I fear the realization of a lot of those big brother sci fi movies I enjoy watching.
Reply  |  Post Message  |  Messages List  |  Start a Board

seriously I compressed 300+ pages of conversations with excited tech leaders into this column - if you read tne book you see all kinds of humanoid robotics, semantic product memories, facial recognition, IoT examples. What was remarkable was only a small fraction of the interviewees were from Silicon Valley. Another startling data point - how fluent CEOs, CMOs - non IT execs - I interviewed were fluent in technology. And how even museums and railroads and other so called "laggard" industries are reinventing their operations with technology.

I started my career in the 80s and remember listening to Max Hopper discuss Sabre. Then for the next 20 years at PwC and Gartner I saw the drudgery of Y2K, ERP and other killjoy IT. In the last 5 years with 3 books I have seen a much more enjoyable tech environment for creative executives. This book just opened my eyes to how pervaisve across countries, industries and processes the opportunities for differentiating IT have become. The advantage as I mention though is fleeting so not all of it will be profitable for long but it should be joyful, for sure....
Reply  |  Post Message  |  Messages List  |  Start a Board

Laurie, that's a great example of how there's still a huge gulf between possible and profitable in many digital initiatives. Is retail profitable enough to support a publishing arm, and is the publishing good enough when its goal is really to drive sales? One CIO offered this deceptively simple advice: Be very clear on how you're going to make money from these digital efforts.
Reply  |  Post Message  |  Messages List  |  Start a Board

Did we just use the word "joy" in an IT article, Vinnie? Seriously, it is always great to hear examples like these, where IT execs are genuinely excited about their projects.

I find the shoppable fashion magazine an interesting exanple of competitive advantage. Those of us who worked in consumer tech journalism in the 90s thought a shoppable laptop/phone/gadget magazine would replace our publications -- but no one has put that formula together yet.
Reply  |  Post Message  |  Messages List  |  Start a Board
Editors' Choice
Hot Topics