IT should take the proposed FAA rules as an invitation to get companies exploring how to use drones and similar semi-autonomous gadgets.

So, who's in charge of drone strategy at your company?

With the FAA's newly proposed guidelines for the US commercial use of drones, we have a sense of what's likely to be allowed and what's to be banned near-term when people use small drones on the job. Overall the rules would give companies a lot of room to experiment with drones under 55 pounds.

The most-restrictive proposal would require employees to see the drone they're operating at all times (a buzz-kill for would-be Amazon drone deliveries) and operate only during the day. On the lenient side, employees wouldn't need a pilot's license to operate drones, only to pass a test an "FAA knowledge test" every two years. Here are a few of the other proposed rules:

The FAA is seeking comment on these rules, including whether or when to allow flights beyond line-of-sight. It's also considering less restrictive rules for drones under 4.4 pounds.

Creative IT pros should see drones as just another amazing node out on the Internet of Things, and another ticket to obliterate boundaries around traditional IT. Someone at your company will do clever things with drones. Why not you and your team? 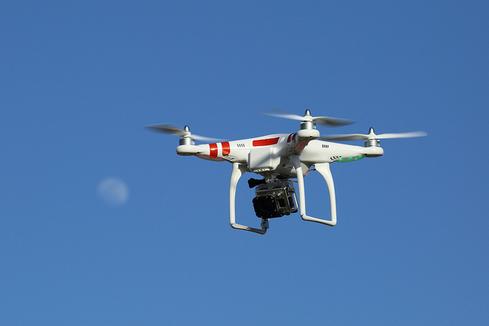 At InformationWeek, we think drone strategy is so important for IT leaders that we've asked Chris Anderson -- CEO of 3D Robotics, author, and former editor-in-chief of Wired magazine -- to kick off our annual InformationWeek Conference, April 27 and 28 in Las Vegas. He'll discuss drones and more broadly where automation is headed.

IT leaders can help their companies think about drones well beyond the small helicopters and planes the FAA is looking to regulate. Drone strategy can include a range of autonomous and semi-autonomous vehicles -- things that roll along train tracks, float on rivers and oceans, or steer around parking lots, store aisles, or orchards.

Camera-equipped drones open up huge possibilities for tasks like quick inspections that have been dangerous or time consuming. GE Software VP Bill Ruh, in discussing where the Internet of Things is headed, called video "the most underutilized sensor in the industrial market," and drones offer a new way to collect that visual data. And once we have data, IT's skills in integrating, analyzing, and securing information become essential.

We're humans, so we can't help but be dazzled by drones because they fly. Who doesn't want to fly? But there's a broader consumerization story with this phase of drone development and regulation. Semi-autonomous or even autonomous vehicles -- whether they fly, roll, or float -- that were practical only for highly specialized uses like factory and warehouse automation will become affordable and practical for much more everyday uses.

Do you have a creative drone initiative to share? Drop me an email or Tweet to discuss.

Chris Murphy is editor of InformationWeek and co-chair of the InformationWeek Conference. He has been covering technology leadership and CIO strategy issues for InformationWeek since 1999. Before that, he was editor of the Budapest Business Journal, a business newspaper in ... View Full Bio
We welcome your comments on this topic on our social media channels, or [contact us directly] with questions about the site.
Comment  |
Email This  |
Print  |
RSS
More Insights
Webcasts
Building Asset Management into Your Enterprise Security Strategy
SASE: The Right Framework for Today's Distributed Enterprises
More Webcasts
White Papers
Cloud Threats Are Different, Your Security Should Be Too
SANS 2021 Cyber Threat Intelligence Survey
More White Papers
Reports
The State of CCPA 2021
DNS Network Traffic Volumes During the 2020 Pandemic
More Reports


That's exactly the concern I have, technology is far from infallible and how do we prevent people from being injured or even killed by a malfunctioning drone. As we can see from the recent drone trip to the white house it would be impossible to stop a drone that is malfunctioning without drastic measures.

Exactly. Granted, it would be best to not have to worry about a drone killing anyone and avoiding a lawsuit completely... but these are risks we have to consider when talking about new technologies like that.
Reply  |  Post Message  |  Messages List  |  Start a Board

Wait... why not smarten up traffic lights? That's a great idea for using IoT to making traffic more efficient without resorting to driverless cars. Though a glitch or hack could cause major trouble, say if all 4 sides show green at the same time.
Reply  |  Post Message  |  Messages List  |  Start a Board

I agree, the risk of accidental damage is huge and the rule of having the drone in view is smart, despite being tough to enforce. A 50 lb. drone could fly into a window or a plane, or stop working entirely and fall on someone... yikes.
Reply  |  Post Message  |  Messages List  |  Start a Board

If jet turbines fail when colliding with a goose, I can only imagine what the soft tissues of a mechanical drone are going to do to a plane in the midst of its landing flight path. Of course regulations will be written to keep them out of harm's way. But I'm not 100% sure they'll will be followed to the letter by enthusiastic operators.
Reply  |  Post Message  |  Messages List  |  Start a Board
InformationWeek Is Getting an Upgrade!