Pushing software updates creates big problems for the enterprise, and CIOs need to use their purchasing clout and register their displeasure.

Let me be clear -- I am in favor of software updates and forward progress. I am not in favor of forcing updates, not only because this essentially removes choice from customers, but because it will create drama and expense at enterprise organizations.

What do I mean by drama and expense? 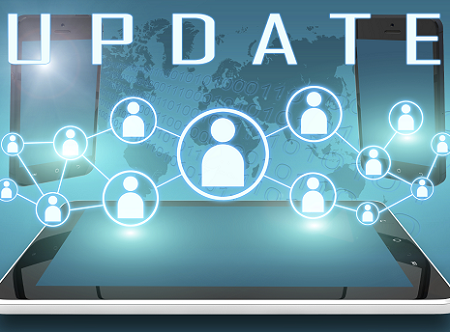 A friend of mine bought a Samsung Smart TV, and was pretty happy with it. Happy with it, that is, until one day when it stopped working. One fine day, my friend turned it on and the TV simply would not respond to the HDMI input coming from the cable box. "No signal," it said. Except, there was a signal.

I helped my friend in the way that you'd help your friend -- swapping TVs, localizing the fault domain, blah blah blah. It turned out that it was definitely the TV's fault, not the cable box. The only thing that would make the TV accept the HDMI input was to physically unplug it and plug it back in.

I had my friend call Samsung, where the tech support rep says something to the effect of, "Oh yeah, well, there was a bad software update. Sorry."

To be fair to Samsung, in about a week, the company pushed out another update that fixed the problem.

But let's think about how this would play out at the enterprise scale: Stuff doesn't work. For a week. Everywhere. #TotalChaos.

I'm not saying that forward progress is bad. In fact, I'm the first to say that the brave new world of software-as-a-service (SaaS) has a significant resourcing advantage over the "perpetual licensing model."

But SaaS has now evolved into "hardware-as-a-service," where manufacturers feel like they can  mandate updates (like Amazon), pester users so much that they finally give in (like Apple), and create updates that make the hardware act in horrible ways that make you want to replace it. Cha-ching! Revenue!

From a capitalist standpoint, I admire the players, like Apple, which issue mandatory, non-reversible updates that slow down the hardware to the point where the consumer is forced to open their wallet to buy something new.

But from the enterprise standpoint? We're in charge of making technology actually work. When I get complaints from police officers (as I did with the first rev of iOS 9), that causes my blood to chill. They need stuff to work. Every day.

Forced upgrades, together with the inability to at least temporarily undo the upgrade, is going to cause expense and drama at just about every IT organization. It means that the life cycle of the device will shrink as manufacturers speed up updates and make older devices go slower and slower.

I don't know what the ultimate answer is. I know that the answer is not to "just give up on these platforms." There's just too much benefit. If there wasn't, we'd still be carrying around BlackBerrys. But, ultimately, CIOs of large organizations need to use their purchasing clout and register their displeasure with these practices.

Yes, there are kludgy ways of turning off auto-update pestering on some of these platforms, depending on your mobile device management (MDM) software, but manufacturers have taken pains to make it inconvenient. At some point, the workarounds probably won't work anymore.

Meanwhile, you'd better budget for the personnel and resourcing to deal with the consequences of forced or "consequence of pestering" updates. Also, keep your eyes out for emerging platforms that keep the benefit to the end-user, but are a little more enterprise-IT friendly.