General Motors Will Slash Outsourcing In IT Overhaul - InformationWeek

As Randy Mott, the new CIO of General Motors, goes about his workday, he carries with him a well-worn calculator. It sits in front of him in the place of prominence that most people reserve for a smartphone.

Mott, who has been CIO at Wal-Mart, Dell, and Hewlett-Packard and joined GM in February, believes in numbers. And as he tries to transform GM's IT operations, he plans to flip one set of numbers on a scale that no CIO has ever done before.

Today, about 90% of GM's IT services, from running data centers to writing applications, are provided by outsourcing companies such as HP/EDS, IBM, Capgemini, and Wipro, and only 10% are done by GM employees. Mott plans to flip those percentages in about three years--to 90% GM staff, 10% outsourcers.

Insourcing IT on that scale will require GM to go on a hiring binge for software developers, project managers, database experts, business analysts, and other IT pros over the next three years. As part of that effort, it plans to create three new software development centers, all of them in the U.S. IT outsourcers, including GM's one-time captive provider, EDS, face the loss of contracts once valued at up to $3 billion a year.

This dramatic move away from outsourcing is just one piece of the "IT transformation" Mott is leading, which includes consolidating data centers and applications, centralizing IT planning and execution, and getting a better grip on GM's customer and production data. GM's IT transformation doesn't emphasize budget cuts but instead centers on delivering more value from IT, much faster. In many ways, the foundation Mott is laying is similar to the one Ford started laying four or five years ago as part of its One Ford/One IT initiative.

The overhaul Mott envisions puts the everyday operations of GM at risk during a time when the world's No. 2 automaker (Toyota is now No. 1) is still climbing out of bankruptcy protection and a $50 billion government bailout. GM's factories, supply chains, and financial reporting rely on the IT organization to keep information flowing in near real time on a global scale. The fact that Mott's boss, CEO Dan Akerson, would bless this level of IT change and accept this level of risk at a still-fragile stage of GM's recovery shows how essential the best data and technology are to the company's future. 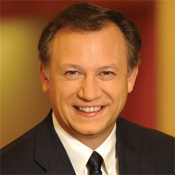 GM CIO Randy Mott: How GM's IT pros spend their time is "upside down"

Akerson "was looking to make changes in the speed and cadence of the company," Mott says. "Whether it was with me or someone else, Dan Akerson was going to do an IT transformation here."

Mott's philosophy on outsourcing at GM, as it was at HP, Dell, and Wal-Mart, is that the company needs more creative, business-changing ideas from IT, and IT teams need to deliver those innovative projects faster. Mott doesn't think GM can be creative or fast enough with outsourced IT. "When the business says 'go,' then that means we start working on a contract, we don't start working on a project," Mott says of the current outsourced model. (Mott is on InformationWeek's editorial advisory board and was named our Chief of the Year in 1997, when he was at Wal-Mart.)

The shift away from outsourcing is only the most dramatic element of Mott's IT "transformation." The plan, approved by Akerson and the rest of the executive operating committee, comes straight out of the playbook Mott has developed over a three-decade career in the retail, high-tech, and now automotive industries. Mott's plan for GM is nearly identical to the one he led at HP between 2005 and 2008 under CEO Mark Hurd, before Hurd and then Mott got bounced in an executive shake-up.

It's one of the pivotal questions -- do the controls Mr. Mott brings in feel like efficient allocation of scarce IT inside GM, or needless bureaucracy for a company trying to move faster? I've asked him about this topic more than once. He says the process scales with the task -- small project, small cost-benefit analysis. He acknowledges there's a learning curve until the planning process doesn't feel like extra work. But he says you need the data to make good decisions and show what IT's delivering.

One critical distinction in this effort -- GM isn't pushing for huge cost cuts from IT ops, the way HP was.

Moves like commonizing and consolidating apps aren't new tactics for GM. But I think moving from hugely outsourced to hugely insourced is a very big and new shift, and one that comes with a lot of risk. Hiring that many people while building the culture GM needs will be a major leadership challenge.
Reply  |  Post Message  |  Messages List  |  Start a Board

That's an interesting long-term perspective. Any examples?
Reply  |  Post Message  |  Messages List  |  Start a Board
InformationWeek Is Getting an Upgrade!