50%
Tweet
Google CEO Larry Page suggests we can reduce unemployment by dividing jobs in half.

In the future, we will work less and enjoy more leisure time, while being shuttled around in self-driving cars, attended by artificial intelligence that makes better decisions than we do.

That might sound like the setup for an episode of Star Trek, but it's the world Google's founders see ahead of us.

In a video interview published last week and moderated by venture capitalist Vinod Khosla, Google CEO Larry Page and co-founder Sergey Brin discussed a range of topics that spanned the company's history, its future focus, and its founders' views on economic issues.

[Are there (more) robots in your future? Read Robots Rising: 7 Real-Life Roles.]

After touching on the importance of Android, Google Now, Google's experimental projects, and machine learning to his company's future, Page asserted that we should be able to work less and be happier.

"I totally believe we should be living in a time of abundance, like Peter Diamandis's book," said Page. "If you really think about the things that you need to make yourself happy -- housing, security, opportunities for your kids -- anthropologists have been identifying these things. It's not that hard for us to provide those things." (Certainly it's not hard if you're a billionaire.) 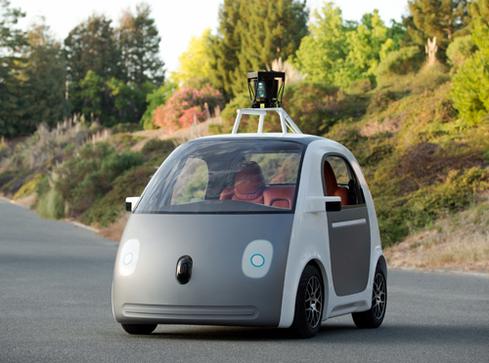 Abundance (Free Press, 2012) is a book by Peter Diamandis and Steven Kotler that reviewer Timothy Ogden describes as "techno-utopianism at its worst" because it sees every problem as something technology can solve. The New York Times review is a bit more charitable, finding the book's optimism appealing despite some quibbles.

Anyway, Page contends that people don't need to work that hard to take care of life's necessities. He also says people aren't happy when they're idle, so they need to be given something to do.

And it appears that idle workers will become more common. In a recent Fortune article, Martin Ford, author of The Lights in the Tunnel: Automation, Accelerating Technology and the Economy of the Future, argues there's mounting evidence that unemployment will remain high for years because automation obviates the need for a growing range of human skills.

Others have said as much. In a recent interview, Andrew McAfee, principal research scientist at the MIT Center for Digital Business and co-author of The Second Machine Age, said, "I don't know how you can make the case that [manufacturing] technologies are creating as many jobs as they're destroying."

Page's answer to all this is sharing, specifically job sharing. "I was talking to Richard Branson about this," said Page. "They don't have enough jobs in the UK. He's been trying to get people to hire two part-time people instead of one full-time. So at least, the young people can have a half-time job rather than no job. And it's a slightly greater cost for employers. I was thinking, the extension of that is you have global unemployment or widespread unemployment. You just reduce work time."

There is, however, a problem with this scenario. Sharing a job means a 50% salary cut, unless companies are keen to double wages across the board, and that isn't likely. With 50% less income, the things people need to be happy -- which probably extend beyond Page's list of housing, security, and opportunities for offspring -- become harder to afford.

According to a recent Zillow survey, San Franciscans spend an average of 40% of their income on rent. With half as much income, housing suddenly consumes 80% of available funds. Then comes food. Although Americans spend far lower a percentage of their income on food (less than 10%) than do people in many other countries, even this small percentage becomes significant when income is halved. Sharing a job in San Francisco would mean housing, food, and maybe a few dollars left over for Internet access.

Page doesn't appear to have taken steps to encourage Googlers to work less, and Brin voiced his disagreement with the idea, so don't expect widespread job sharing at Google or other Silicon Valley companies any time soon.

Yet without job sharing to mitigate technologically induced unemployment, more and more people might become idle. Khosla goes as far as to predict the need for a vastly expanded welfare program. "Looking 40 years out, I find it hard to imagine why we won't need to support half the population to not work but pursue other interests that are interesting to them," he said.

Just think, you could get paid to post cat pictures on Google+. Techno-utopianism indeed.

Network engineers need broader expertise for their careers to thrive in the coming software-defined networking era. Also in the new SDN Careers issue of Network Computing: Don't be a networking dinosaur.

Thomas Claburn has been writing about business and technology since 1996, for publications such as New Architect, PC Computing, InformationWeek, Salon, Wired, and Ziff Davis Smart Business. Before that, he worked in film and television, having earned a not particularly useful ... View Full Bio
We welcome your comments on this topic on our social media channels, or [contact us directly] with questions about the site.
Comment  |
Email This  |
Print  |
RSS
More Insights
Webcasts
5 Steps to Integrate SAST into the DevSecOps Pipeline
Cloud Security Threats Enterprises Need to Watch
More Webcasts
White Papers
Let's Talk: Why Language Matters in Cybersecurity
6 Emerging Cyber Threats That Enterprises Face in 2020
More White Papers
Reports
Apex Report: Global Cyber Infection
Black Hat 2019 Hacker Survey Report
More Reports

@brian.Dean: That is true. New topics like automation, IOT, big data and cloud computing should be added in the syllabus as subjects and not as projects. If a student doesn?t know the subject inside out, then how can he hope to work well when given a project?
Reply  |  Post Message  |  Messages List  |  Start a Board

It's really a bad thing to share jobs which ensures salary cuts. This is really easy for a billionaire to say, but with the new projects coming up in Google which ensures Taxi Drivers would cease to exist after 30 years (and what not, which means many people would lose their existing jobs). How will people support a family if all they have is less money and even less time for their family?
Reply  |  Post Message  |  Messages List  |  Start a Board

Isn't it ironic? Google CEO grabbed more power and money. Google Shareholders have little or no power at all. If you were owned 90% Google shares you can't take your shares to Google and do anything with it.

Agreed, educational institutions at both sides of the spectrum, i.e. public and private, should take a lead role in providing students will the skillsets that will be in demand after their 4 year degrees, etc. It is a difficult task, considering the current state of technological progression -- it would be difficult to predict the services that would be in demand 4 years from now. However, if the institutions implement techniques from big data, etc., I feel that the challenge can be met.
Reply  |  Post Message  |  Messages List  |  Start a Board

I sometimes watch Bloomberg business late at night, when the British TV journalists on the air. When they discuss business pay, it seems that European CEO's with responsibility equal to their American counterparts make maybe 10% as much.
Reply  |  Post Message  |  Messages List  |  Start a Board

Unfortunately, planned obsolesence makes that impossible. There was Absolutely NOTHING wrong with my old XP computer - other than the fact that Microsoft stopped supporting the OS. There's even planned obsolescece in men's clothing. Working at home, I almost never have to wear a suit. A few months ago, I did. When my sister saw my suit, she broke out laughing and told me I'd be hooted out of the room if I showed up with lapels that size.
Reply  |  Post Message  |  Messages List  |  Start a Board

I think companies will always try to find a way to reduce cost and decrease the number of employees needed for a task.  In these cases, rather than automate, government should work with schools to provide young people with the skills needed to survive in this new job market where new jobs are created.
Reply  |  Post Message  |  Messages List  |  Start a Board


While job sharing may be an option to combat unemployment and underemployment -it may be best suited to more established workers who have a better financial base and need flexible hours to meet demands in their private lives. For younger workers who honestly need the experience and the income it's really not the solution. Our younger generations are saddled with more education debt earlier in life and need full time incomes to be able to move forward with their lives and support our overall economy. The work share issue also doesn't address worker benefits-- this would create a large portion of uninsured workers.

"In the future, we will work less and enjoy more leisure time, while being shuttled around in self-driving cars, attended by artificial intelligence that makes better decisions than we do"
I wonder if leisure time for Mr Page is similar to the leisure time that Mr Hayes was enjoying when he died for a heroin overdose on his yacht.
In any case, like someone mentioned below. unless we have 2 jobs, the job sharing won't work.
Reply  |  Post Message  |  Messages List  |  Start a Board

Actually, this is the same empty argument that is being put out about the $15 minimum wage. if you double the salaries and halve the work, then the cost and price of everything will necessarily go up. Therefore, the "working poor" will still be working poor - but now they have to pay $4 for a hamburger instead of $1 hamburger. All you do is move the scale without effecting any real change and you end up hurting the ones you meant to help.

The other thing the authors ignore is the fact that there are PLENTY of things that people want to buy, not that they need. They probably read some academic (and very flawed) study of how "rich people don't really feel better about things" that was published for social engineering purposes. An overwhelming majority of people ALWAYS want shiny things, especially ones that they don't NEED to survive.
Reply  |  Post Message  |  Messages List  |  Start a Board
Page 1 / 8   >   >>
Editors' Choice
Hot Topics