Google SSL Decision: IT's Chance To Be A Hero - InformationWeek

IT departments everywhere have a golden opportunity to look good by jumping on Google's decision to make SSL certification a part of rankings.

Earlier this month, Google made an announcement that went largely unnoticed. Given the implications for most businesses, ignoring this change could be a mistake of considerable magnitude.

"Google is taking a stance on security and has made SSL a piece of their ranking algorithm. As we are aware search engine ranking remains one of the single most important components of any organization's branding efforts and online presence." — HTTPS as a ranking signal, August 6, 2014

At first glance, this might appear as little more than an exercise in data center architecture. Certificates must be acquired, deployed, and enabled for apps. Architectural decisions on how to enable visibility of now-secured traffic must be made. It's purely an IT concern, certainly.

[Why did all the companies featured in Blade Runner go under? Read 5 Ways To Beat The Digital Disruption Curse.]

The business, marketing in particular, still pays a lot of attention to search rankings. According to a 2014 State of the Industry survey conducted by Moz, an SEO consulting firm that's tracked the impact of rankings since 2004, "Rankings were still considered 'Somewhat Important' or better by almost 92% of respondents. They were still considered 'Important' or 'Extremely Important' by 73% of respondents. Rankings are far from dead."

Need more? How about some measurable data? The online ad network Chitika confirmed in a 2013 study that search engine position translates directly into clicks, with 33% going to the No. 1 spot and 18% for second place. The click-through rate gets uglier from there. This is one game where placing in the top three matters, more than we might like to admit. In a digital, application-centric world where hits and visits are essential to making money, search engine ranking is a critical component of any business strategy.

That means Google's decision is a business concern that can be addressed only by technology. Unlike past algorithm tweaks that focused on keyword relevance and metadata optimization, this change requires IT to get the business ahead of the game or at least keep it playing. In the interim between now and when the full effects of the new algorithm begin to have an impact on organizations (Google doesn't give a firm timeline, but the writing is clearly on the wall) your business has an opportunity to gain a competitive advantage by ensuring it's SSL-enabled -- before the competition. Google's post gives seven specific steps to take.

This change puts the ball squarely in IT's court. It is only within the bowels of IT that SSL can be enabled, whether implicitly on every application server that might deliver an app that will be affected, or explicitly via an SSL-enabled reverse proxy architecture. In either case, IT can make or break this opportunity by having a direct and very significant impact on the business.

There are other examples of just how important a player IT will be in enabling businesses to either open the door or slam it shut when opportunity knocks, but rarely are they as clear-cut as this one. 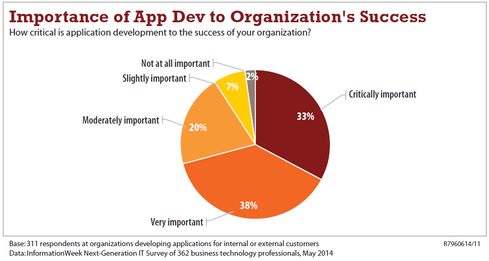 Think apps are the only way IT can contribute to business success? Not so.

By now, most technologists have decided that when business colleagues say "IT innovation," they usually mean "new applications." There's good reason for that -- it's a mad-about-apps world, and the new economy is based on installs and subscribers. But there are cases where it's not just about the applications, but rather how these applications are delivered, that will make or break an opportunity.

Google's new view on SSL enablement is one of those cases. Operations and networking teams have the chance to shine and show that "the network" can, in fact, enable opportunity. Don't blow it.

I hope the word gets out. My web host of choice, SquareSpace, doesn't offer SSL beyond its ecommerce pages. Everything that can be encrypted should be encrypted, absent a compelling reason otherwise.
Reply  |  Post Message  |  Messages List  |  Start a Board

I suspect you'll see your ecommerce and web content management tech providers adapting to this over the next few months.

You can get more insight into Google's thinking here:

Converting public web content to SSL causes all sorts of havoc, particularly if not all the images, iframes, css, and javascript used within the page are available at a https address. This NOT just a job for the network administrator.
Reply  |  Post Message  |  Messages List  |  Start a Board

I have to wonder how much attention network admins and managers pay to Google's announcements. As you say, that's normally the purview of SEO or marketing. And these people may not get the implications of the SSL change, possibly assuming their companies are compliant. Very easy for this to slip under the radar.
Reply  |  Post Message  |  Messages List  |  Start a Board
InformationWeek Is Getting an Upgrade!