A variety of factors are holding companies back from embracing the Internet of Things. Though Gartner predicts there will be 26 billion IoT devices worldwide by 2020, concerns about data ownership, questionable data quality, inadequate network coverage, and integration with business applications are among the IoT roadblocks.

The biggest IoT challenge, according to Professor Sanjay Sarma of MIT, is the lack of an overarching architecture to pull together myriad streams of IoT information into a flexible and responsive ecosystem of applications.

Sarma was among the participants on an IoT panel at the MIT Sloan CIO Symposium on May 21 in Cambridge, Mass. He voiced concern about what he sees as a wide array of IoT point solutions designed to accomplish very specific tasks -- irrigate crops, turn the lights on in your home -- without an architecture to connect all that data in a meaningful way.

"Without connecting the dots, you'll have a disastrous, brittle system," Sarma said. "We don't have a clear architecture of where the world will go."

[Cisco says it's "all in" on the Internet of Everything -- but what does that mean? Read Cisco IoE: When Will Its Time Come?]

Using a consumer example -- the concept of the connected home -- Sarma elaborated on the challenges. "Let's say you want to change the experience when you walk into your home. The lights will come on, music will play, temperature will be set. Maybe Google Maps informs the house that you're near, and then a series of actions have to happen to anticipate your arrival." It all seems great, but what if it's not you walking into the house, but your spouse, who dislikes bright lighting, hates your music, and wants it to be cooler? Your spouse now has to change everything, making life more difficult than before. 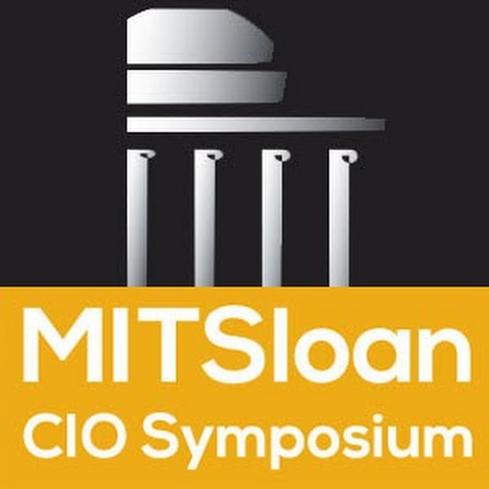 Another panelist, Chris Kuntz, senior director of business development with ThingWorx, related that home scenario to business. "People understand it's not just about connecting your product, connecting your smart thing, collecting that data," Kuntz said. "It's about how do you connect it with a business process to effect some sort of change."

During the IoT session, panelist Dieter Haban, CIO of Daimler Trucks North America, described how the company has placed sensors in all its trucks sold in North America for the past two years. The goal, Haban said, is to maximize uptime for the vehicles and their drivers.

on a specific vehicle. The operator can then notify the driver to visit a repair center.

The next step for Daimler Trucks is predictive, Haban said, letting trucking companies and drivers know well in advance when a problem is pending, so that they can schedule an appointment with a repair center. The center can anticipate the vehicle's arrival and expedite the repair by making sure the right parts and experts are on hand.

Getting to that point is no mean feat for any company. For starters, the IoT will add so much programmability to devices that keeping software current will become a never-ending task, according to an article in a sister publication, Dr. Dobb's.

Organizations that have not adopted modern programming practices of short sprints, continuous integration, and continuous delivery are going to find this new reality to be very painful. It will require companies to make changes agilely, test results immediately, and deploy updates quickly. With the rate of change that the new continuous development requires, this will be the only way forward.

At the MIT event, ThingWorkz's Kuntz predicted that 5 million to 10 million IoT-related applications will be built in the next five to seven years. "That's, frankly, my worry."

Haban agreed. "It's costly. You want to do the right things. You don't want to have an isolated solution. You want to think about what are the next set of dots I need to connect. Do it fast, do it cheap, make it a quick win, and be open. Don't [make] a dead-end solution."

So what's going to bring all this IoT data together and make it play nice with business systems?

Microsoft has taken some initial steps toward an IoT ecosystem with the limited public viewing last month of its Azure Intelligent Systems Service. In an April 18 analyst note, Gartner said it thinks "Azure ISS is the most integrated enterprise partner offering for heterogeneous IoT environments announced to date, but we caution that this is not a fully tested or realized product."

On May 21, BlackBerry announced Project Ion, which is built on its QNX cloud, positioning it as an IoT ecosystem.

According to Sarma, "The future lies in what I call a cloud of things. You take every [connected] object and create an avatar of it in the cloud, and the avatars talk to each other, kind of like Second Life. If I get a new phone, it gets its own avatar, and I pair it to my other avatars. I'm not saying it's the best architecture out there, but it creates a metaphor that we can manipulate. It gives us something to work on."