50%
Tweet
Interop 2014 kicks off Monday in Las Vegas. Here's a sneak peek of technologies to watch. 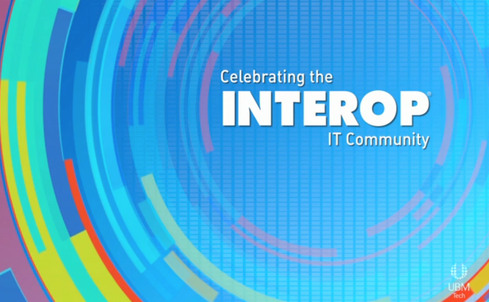 Interop Las Vegas opens Monday at the Mandalay Bay Convention Center amid a time of accelerating change. Change has been a constant in the technology industry, but the pace of change seems to keep getting faster, as futurist Ray Kurzweil argued in 2001.

Much of the recent change has been driven by IT trends like the shift toward mobile devices, cloud computing, and the networking of everything. That and the need to store petabytes of cat videos, if you'll pardon the pun.

Then there's the fact that software, as Marc Andreessen once put it, is eating the world. In his keynote presentation at the conference, Pat Gelsinger, CEO of VMware, plans to highlight how virtualization and cloud computing have led software-defined datacenters to overshadow hardware-defined facilities, a shift he characterizes as "tectonic."

Hase says such change has made simplification more important than ever. "IT budgets and staff are being constrained, the level of IT experience in teams is decreasing, but level of complexity of the technology is increasing," he said. "Customers are struggling and looking for solutions that simplify their lives and reduce downtime."

Avaya's Fabric Attach technology, a Best of Interop finalist in the networking category, represents an attempt to meet that need. It allows networks to automatically add end-user devices, such as wireless access points, IP cameras and phones, and non-fabric switches. "Our goal is to continue to simplify how networks are deployed, to make them more resilient, and to drive toward a zero-touch edge," said Hase.

The Best of Interop awards focus on nine categories near and dear to the hearts of IT professionals: Cloud, Datacenter, Management, Mobility, Networking, Performance, SDN, Security, and Storage.

There will be a keynote session on SDN on Wednesday, featuring panelists from Cisco, Dell, and HP. BYOD will get some attention the following day, with in a keynote session featuring representatives from Citrix, HP, and Microsoft. When people bring their own devices to work, companies have to adapt: new policies are required, new applications have to be created, and network architectures have to be re-evaluated -- to handle the cat videos.

These are a few among many issues that will be explored at Interop, which will include for the first time the Cloud Connect Summit and our very own InformationWeek Conference. Now check out some new technology highlights we expect at the show.

I was not at the show but I have taken a look at overview and video section of the Basic6 site.  I can see this being very useful and look forward to seeing IoT grow.  As of this moment I don't have to worry much about managing enough devices that I need a piece of management software but it looks like you've got a good start in keeping the wild west under control.
Reply  |  Post Message  |  Messages List  |  Start a Board

Thank you for your interest. Basic6 is extremely proud to be chosen "Start Up of the Year 2014" this past week at Interop. Hopefully, everyone at the show was able to visit our booth and see Basic6 demonstrate its capability to wirelessly manage, control, and re program multiple embedded devices across diverse geography, as well as its ability to collect and report data from the same devices. Feel free to contact us for demonstrations or more information.
Reply  |  Post Message  |  Messages List  |  Start a Board

Name aside, they are doing some pretty amazing things in the enterprise.  They are bridging the consumer tech ease of use with the enterprise needs of security and control.  Not an easy thing to do.
Reply  |  Post Message  |  Messages List  |  Start a Board

Right, Tom, it was box.net for a while and people would often include the ".net" in the company name to make clear that they weren't talking about a cardboard box. Once they got the ".com" they insisted we should just call them "Box"
Reply  |  Post Message  |  Messages List  |  Start a Board

Even so, there's something to be said for having the Box.com domain name. I wonder how much the company had to pay for that.
Reply  |  Post Message  |  Messages List  |  Start a Board

That's a good way to look at it.  I have a box.com account that I don't think I've used more than a couple times.  I've never had any issues with the service but it's not the first place I think of for document storage.

I'm curious to take a look at Basic6 and see if it brings the IOT together or if it just makes muddy water a little bit clearer.
Reply  |  Post Message  |  Messages List  |  Start a Board

Seriously, what were they thinking when they named the company "Box" -- terrible idea for this SEO-driven era. A Google News search on "Box" brings up stories on the weekend's box office results, the search for the black box from the Malaysian airplane, and somewhere in the middle a couple of items on Levie and gang. A search on "dropbox" brings up stories on Dropbox.

I give the Box folks credit for succeeding despite themselves.
Reply  |  Post Message  |  Messages List  |  Start a Board
Editors' Choice
Hot Topics