New Robert Half data shows IT hiring and compensation both rising. Check out the most lucrative IT job titles -- and understand the value of bonus skills. 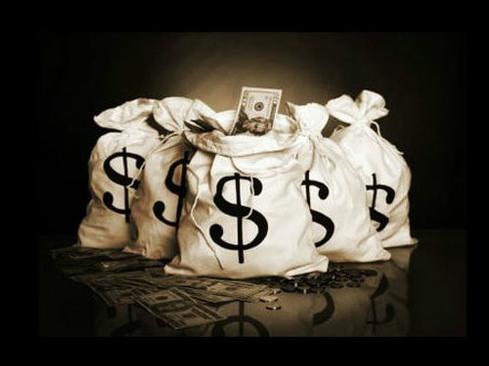 If you're sticking with an IT job you hate, ask yourself one question. Why? For tech professionals, 2014 looks bright.

Hiring increased, according to a report from IT career site Dice. Seventy-three percent of tech-focused hiring managers and recruiters reported they plan to fill more IT positions this year, and nearly one quarter indicated a "substantial" rise in hiring numbers.

Employers continue to prioritize talent retention, and this works in your favor. For example, 40% reported an increase in counter-offers from existing employers, and 34% saw candidates reject job offers, according to the report.

But even if you aren't job hunting, you can still expect a bump in pay: According to Robert Half Technology's 2014 Salary Guide, salaries for tech professionals will increase 5.6% this year. This year's roundup of the highest-paying tech jobs looked at starting salaries for more than 70 technology positions in the United States, the cities with the highest IT salaries, and the most in-demand employee perks. The report did not take into account bonuses and other forms of compensation, such as retirement packages, in the salary numbers.

Highest and lowest salary increases
Mobile application developers, data architects, business intelligence analysts, technical engineers, and wireless network engineers topped the list for the highest bumps in salary, each increasing between 7% and 8.4% year-over-year. On the opposite end -- perhaps unsurprisingly -- were operations managers, computer operators, and mainframe systems programmers, which reported the lowest salary growth, all between 2.5% and 2.9%, according to the report.

Best and worst cities for IT careers
Robert Half's salary guide also broke down the cities with the highest and lowest IT wages. Surprisingly, the San Francisco Bay Area did not top the list. The No. 1 spot went to New York City, followed by Long Island, N.Y.; San Francisco; San Jose, Calif.; and Boston. The cities with the lowest IT salaries: El Paso, Texas; Pueblo, Colo.; Sioux City, Iowa; and Lincoln, Neb.

In-demand corporate perks
As employers work harder than ever this year to retain top talent, corporate perks play an important role. "To create a work environment that's satisfying and enhances productivity -- and to stand apart from competitors -- many tech firms are offering creative incentives, along with generous compensation packages," the report said.

We combed through the data to find the top five careers in IT from each category. Where applicable, we also included the most lucrative skills, as highlighted by the report. For a complete breakdown of all job salaries and skills, read the full report. For more on executive compensation, read InformationWeek's 2013 IT Salary Survey.

How does your job stack up? Take a look at these IT job titles and salary data.

Though it's still relatively new, I'd wager we see it there next year.
Reply  |  Post Message  |  Messages List  |  Start a Board

System administrator is supposed to be getting replaced by virtualization administrator, but I don't see any evidence of that here. The ranks of the later are growing rapidly. Responsibllity for one server or a set of servers isn't cutting it any more.
Reply  |  Post Message  |  Messages List  |  Start a Board

There's always some hot skill to chase in IT. But there's a reason "architect" has for a decade stayed atop the staff job titles of the IW salary survey, because it demands skills and perspective across skill areas. I'm hearing that architect demand only rise among IT leaders driving digital business initiatives.
Reply  |  Post Message  |  Messages List  |  Start a Board

I'd be curious to know the ratio of average CEO pay to the highest paying IT salaries.
Reply  |  Post Message  |  Messages List  |  Start a Board

The report did not mention Hadoop as one of it's most profitable skills. For the Data/Database Administration section, top skills were: Microsoft SQL Server database skills (add 10% to starting salaries), Oracle database skills (9%), and IBM DB2 database skills (4%). This group of IT roles did see some of the highest bumps in salary for certain titles: BI analyst (7.4%), data architect (7.2%), and database developer (6.5%), for example, and most of the job descriptions included the expected big data skillset. It'll be interesting to see how this category evolves next year.
Reply  |  Post Message  |  Messages List  |  Start a Board

No mention of Hadoop or other big data skills. Does R. Half break out big data / data science jobs separately from IT?
Reply  |  Post Message  |  Messages List  |  Start a Board

For more precise salary data based on your location, you can also try this salary calculator. Do any of these figures surprise you?
Reply  |  Post Message  |  Messages List  |  Start a Board
InformationWeek Is Getting an Upgrade!