Get the complete picture on IT staff and management salaries based on our exclusive survey of 11,662 US IT pros. Is your compensation hot or not? 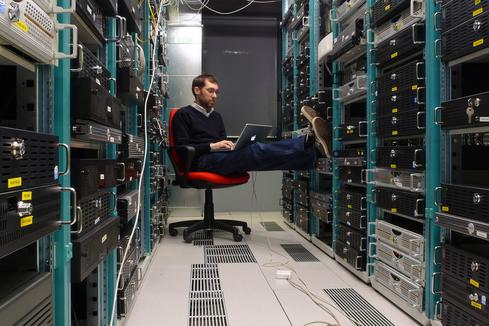 When it comes to IT salaries, tech pros know that boring isn't all bad. In our survey, IT staffers report a 1.6% median total compensation rise, and managers report a 2.4% boost. While those raises aren't busting income tax brackets, a raise sure beats the pay freezes and cuts of 2010. That year, 55% of IT pros reported a pay freeze or cut; this year, just 15%.

Deep tech knowledge is in demand. Five IT staff titles command median salaries of $100,000 or more: architect (the highest, at $120,000), systems architect, software engineer, project leader, and systems programmer. The "general IT" title earns median base pay of $62,000; help desk, $48,000. Staff roles demanding top pay include those related to cloud computing, application integration, data integration and warehousing, and ERP. The list is similar for IT managers, with security and app development also high on that pay scale.

At some companies, the IT skills in demand are changing because IT's role there is changing. Customer-facing apps put a premium not just on application development skills, but also on the people who build the data architectures and infrastructure platforms that feed those apps and deliver a snappy response.

Capital One, for example, is going from 70% outsourced IT to about 70% insourced. Competing in financial services, says CIO Rob Alexander, will increasingly mean delivering new "software-enabled customer experiences" -- and that takes operating like a software company, turning out new app features every few months. To do that, Capital One is hiring software and infrastructure engineers that in the past it got through outsourcers. 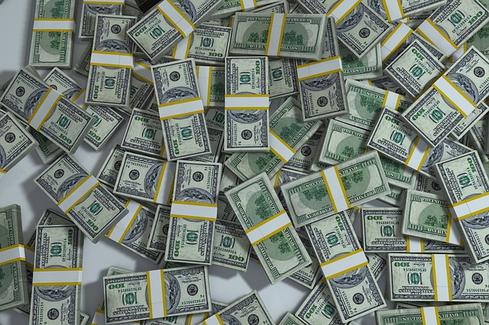 "If you wind the clock back several years, we didn't consider building software to be an essential capability of competing in our business," Alexander says. "We needed to be really good at integrating, customizing, managing third parties -- those things were really important." Now Capital One wants to go toe to toe against top tech vendors in recruiting development and engineering talent.

What kind of IT salary market awaits hiring managers like Alexander? What factors beyond pay concern IT pros most? What's their long-term outlook on the IT career? Here are some key findings from our 2014 Salary Survey.

Employee Satisfaction: Pay Not As Big A Priority

We listed 24 job-satisfaction drivers and asked which seven are most important. Staffers cite base pay most often (48%); managers cite having their opinion and knowledge valued (46%).

As recently as 2009, 60% of IT staffers listed base pay among their most important factors. The drop in importance shows employees are more confident and comfortable that they'll have a steady paycheck, as the economy and employment picture stabilize.

The next most important factors to staffers are job stability, benefits, flexible work schedule, and vacation time. The least important factors are company reputation, involvement in setting company goals, bonus opportunity, and effectiveness of immediate supervisor.

In the middle are factors that relate to having an impact on the company: 22% of staffers and 34% of managers put a premium on doing work that's important to the company's success.

Whirlpool CIO Michael Heim makes the case, however, that IT morale can sink if tech pros lose that sense of purpose. Heim's team has been working on a Google Apps software implementation to replace a dated version of Lotus Notes. While the technology is far from bleeding edge, seeing how much the new Google Apps capabilities can improve collaboration is giving the IT team a lift. "You just don't do that many projects in this business that touch everybody in the company," Heim notes.

Just one in 10 IT pros feels insecure at work, with the rest saying they're secure or somewhat secure.

But IT hiring managers can't get complacent about compensation and must make sure they're paying market rates. The No. 1 reason to look for

I always find it interesting to see what motivates professionals of any field to stay engaged at their jobs. No one wants to be underpaid, of course, but since most professionals are unlikely to accept a position that doesn't pay a competitive salary, what then makes someone want to stay at an organization? Apparently many organizations heeded IT pros' past requests for ongoing training and access to newer technologies. I'd recommend, based on this survey and a two decade-plus knowledge of this industry, that organizations provide technologists in the trenches with more access to working with business units. They'll give IT pros a stronger career path and have more productive, more challenged technologists who work in enhanced synergy with their ultimate end customers.
Reply  |  Post Message  |  Messages List  |  Start a Board

That's a big gap -- 16% -- especially at a time when so many big tech companies, such as IBM, EMC, and Dell have ongoing diversity programs in place to recruit and retain women (among others). Is it because women are said not to ask for raises as aggressively and often as their male counterparts or are women undervalued by managers? As you point out Gretchen, there are several great resources out there to help tech women increase their salaries, bonuses, and promotion chances. Organizations like the Anita Borg Institute or Society of Women Engineers may also be good starting points. They're usually extremely supportive and helpful.
Reply  |  Post Message  |  Messages List  |  Start a Board

Chris, that's correct.  Uncle Sam is pretty stingy right now when it comes to bonuses. But when you look at what shows up in your paycheck, not to mention your pension plan, it looks like the Feds are paying out pretty decent paychecks.  The question is, is what some might consider hardship pay worth it?
Reply  |  Post Message  |  Messages List  |  Start a Board

Federal IT workers rank a bit lower if you factor in total compensation, since they get very little pay through bonuses, but your point stands Wyatt that federal IT workers fair pretty well in this survey -- certainly compared with their state and local government counterparts.
Reply  |  Post Message  |  Messages List  |  Start a Board

I agree, Charles.  I found it interesting and a bit surprising, that federal government IT staffers ranked in the Top 5 of 30 sectors the survey covered in media salaries (at $100K)-- and federal government IT managers ranked in the Top 10.  We'll report more on that in an article due out here on InformationWeek tomorrow.
Reply  |  Post Message  |  Messages List  |  Start a Board

Chris Murphy has offered a good, real world summary of what's going on with IT salaries here.
Reply  |  Post Message  |  Messages List  |  Start a Board

"The IT managers in our survey spend much more time with business units." I am surprised at the disconnect between managers and staff on this measure. IT Staffers, are your managers grooming you to work hand-in-hand with business leaders?
Reply  |  Post Message  |  Messages List  |  Start a Board
InformationWeek Is Getting an Upgrade!