50%
Tweet
What do the public cloud and the steam engine have in common? More than you might think.

Here's a conversation that James Watt, the 18th century developer of the steam engine, might have with Amazon.com founder Jeff Bezos.

Jeff Bezos: Mr. Watt, you must be very proud of your accomplishments.

Watt: That's James, not Jim. We don't know each other that well yet.

Watt: Don't stand. Have a seat. Yes, I'm happy that, more than 200 years after my death, my name is on light bulbs everywhere. A typical home has more than 80 light bulbs. But do you know what ticks me off?

Bezos: What would that be?

Watt: I don't make a farthing off that. Did I say it was OK to use my name? I did not. 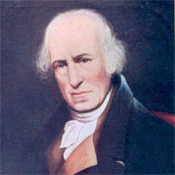 Bezos: But think of the honor. Would you rather be Georg Ohm?

Watt: Of course not. No one remembers who Georg Ohm was. Ohm -- that sounds like a Hare Krishna chant. But I have a question for you, Mr. Bezos. Do you really think you're going to have those drone things delivering packages for you?

Bezos: How did you know about that? Do you guys get 60 Minutes?

Watt: I may be dead, but I'm not out of touch. Yes, we get 60 Minutes, but we don't get Homeland, because cable is too expensive. Before I was dead, I was Scottish, you know.

Bezos: But tell me. When you look at modern society, could the steam engine have helped us with some of our current problems?

Watt: Current problems? Save that discussion for your chat with Tommy Edison. He only killed a sickly elephant when he was trying to scare people about alternating current. You could kill thousands when your drones start colliding with unsuspecting people. But let's move on to some of your more pressing problems. I notice that you're having a problem with global warming. How many autos are there in the US?

[How is the military dealing with big data? Read The War On Military Records.]

Watt: Well, that's your problem, Laddie. Each of those cars is a tiny fire exploding inside your carburetor every second. Imagine if you had 250 million campfires. That might cause a bit of warmness, wouldn't you say?

Bezos: Well, what should we do about this?

Watt: I've got two solutions. How many houses do you have, 100 million? Suppose everyone just left their ice box or refrigerators open. That would tend to cool the place down, wouldn't it? 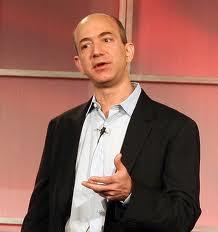 Watt: Didn't like that one? How about steam cars? If my steam engine could work on railroads and ocean liners, why not power cars with steam?

Bezos: They tried that about 100 years ago -- Stanley Steamers, they called them -- but they never made it big.

Watt: Of course not. What kind of name is Stanley? No, if they had called them Watt Steamers...

Bezos: Let's change the subject. I'm very interested in how those big manufacturing companies 100 years ago stopped generating their own electric power with your steam engines and plugged into the electric grid that Tom Edison built. I'm doing kind of the same thing with my Amazon infrastructure product, giving everyone a powerful cloud service at a continually lower price. What do you think?

Watt: Brilliant. That's exactly what I did. I invented the steam engine, and then some bright people put it on a boat and called it a steam ship. Then they put it on rails and made a locomotive. And then they attached it to a bucket and made a steam shovel. You're building a bloody platform. Now, how are you charging for it?

Bezos: Well, I've dropped the price of my web services 25 times. I'm concentrating first in eight geographic areas: three in the US and five internationally. And I've made it so that we can share capacity based on the demand, time of day, and even natural disasters. How does that sound?

Watt: How does the money feel about all this?

Bezos: Well, the venture guys were a little miffed. If a company uses my cloud services, there's a lot less capital it needs. Entrepreneurs seem to flock to it, and about a half million developers have jumped on.

Watt: Good man. You're doing just what I did, just 300 years later. My guess is that a hundred years from now, you'll be remembered for this and not for selling lots of books.

Howard Anderson founded The Yankee Group, a high-tech analysis firm he ran from 1970 to 2000, and is co-founder of Battery Ventures, which has raised $4.5 billion and invested in more than 300 high-tech firms. He teaches at MIT on the management of entrepreneurial firms and at Dartmouth on high-tech sales strategies.

The proposed open-door refrigerator solution was a joke. Fair point on the carburetor.
Reply  |  Post Message  |  Messages List  |  Start a Board

As a boy I borrowed books from the James Watt Memorial Library in Greenock.

It is not a coincidence that the River Clyde (on whose south shore Greenock sits) became a major force for (steam) shipbuilding in the 19th and 20th centuries.  The great Cunard liners were built upriver from Greenock in Clydebank and the extraordinarily sentimental paddle steamers could be seen from the late 19th century until, alas, the only one remaining is P.S. Waverley.
Reply  |  Post Message  |  Messages List  |  Start a Board

It is a humorous story, but even so it is not good to spread misconceptions. Global warming is due to carbon dioxide produced by cars, not the heat of the combustion itself. And the combustion takes place in the cylinders, not the carburetor. Finally, opening refrigerator doors would produce even more heat, since the heat removed from inside the refrigerator is exhausted out the back (plus more to account for inefficiency). James Watt was a smart guy - he would see all these errors.
Reply  |  Post Message  |  Messages List  |  Start a Board
Editors' Choice
Hot Topics

How Startup Innovation Can Help Enterprises Face COVID-19 Joao-Pierre S. Ruth, Senior Writer,  3/24/2020
White Papers
Crack Down on Password Sharing with IP Intelligence and Human Insight
The Insider's Guide to IP Geolocation Data
Maximize the Security and ROI of Your Azure Environment
Why Endpoints are the Secret to Better Employee Experience
5 Tips for Effective Threat Hunting