My IT Resolutions For 2014 - InformationWeek 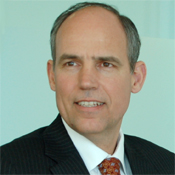 Security, mobility, data-based decision-making, flash storage, and IT hiring must rise in importance.

With the bowl games done and Christmas trees at the curb, I'm glad 2013 is over. It wasn't a stellar year for IT. Between the Snowden leaks and their Orwellian revelations, the HealthCare.gov mishaps, the cloud email outages (Yahoo's still lingers), and the 40 million credit identities stolen from Target, a range of negative events in 2013 undercut the promise of technology to improve society.

Against that backdrop, I've compiled several IT resolutions that should contribute to greater success for IT shops in 2014.

Security, security, security
While corporate IT security has improved in the past several years, we're still well behind the hackers. The Target breach and countless others demonstrate those shortcomings.

Security is one of the fastest-growing IT spending areas, but enterprises must do even more. Given the strongly negative reaction of Target customers to the recent breach, security events no longer are speed bumps -- they threaten a company's reputation and viability. Make that case now to your senior management team. Don't be the 2014 version of Target.

Not sure where to start? Here's a good checklist of security best-practices. While it looks like Target's breach was internal, re-check your suppliers and their defenses, since many of the enterprise breaches in the past few years started at a supplier. While we're at it, let's all make a greater effort across our industries to collaborate on improving security.

[What do you expect to see from Google this year? Read Google In 2014: 10 Predictions.]

Start making data-based decisions in real time
Whether it's big data or small, start gathering more information about your customers and market trends to make more-informed decisions for them (and your company) while they're transacting with you. A now-common version of real-time decision-making is the "recommendations based on what other like people bought" that you see on Amazon.com and other sites. Data engines are now powerful enough to rely on ongoing data analysis (rather than businesspeople) to determine the rules.

One example involves stores or banks analyzing all the data at their disposal to identify hidden patterns, in order to qualify customers for credit more easily at lower costs than they did when they used a conventional policy-based credit score and report. As a result of such data analytics practices, business policies will move from being static to being determined in real time. If you haven't explored real-time decision-making yet, do a pilot this year, and move beyond historical analysis.

Join the flash mob
Flash storage, that is. Many IT shops already use hybrid flash/disk technologies. Now that EMC and other vendors have introduced all-flash products, IT shops should consider them for their most performance-bound workloads.

The performance improvements with flash are remarkable, and saving 90% on environmentals in your data center is icing on the cake. Flash, factoring in deduplication, is comparable in cost to disk storage today. By the end of the year, it should cost less.

Go mobile, from the ground up
Mobile devices already are the main way most consumers interface with ecommerce and other company sites. With smartphones, tablets, and data networks constantly improving, your company's mobile presence will only grow in importance.

But don't rely on a mobilized version of your company's standard website. Tune your interface to customers' mode of interaction. Nothing is more cumbersome to a consumer than trying to enter data from a phone into a Web form designed for a PC. In addition, exploit the location and other sensors on smartphones wherever possible. Go mobile, but go native.

Bring in new IT talent
By 2020, the Bureau of Labor Statistics estimates, the US economy will create another 1.4 million IT jobs. Meantime, there won't be nearly enough computer science graduates to fill them.

Companies big and small must look to hire recent graduates in the field and encourage more young people to prepare for a STEM career. In the 1970s and 80s, before formal computer science programs were widespread, many outstanding computer scientists received their degrees in such fields as music, biology, foreign languages, and teaching. We need another wave of converts to meet the tech demands of the next decade. As IT leaders, we need to encourage the next generation of IT pros. Let's go out and get them.

What are your 2014 IT resolutions and why? Happy New Year!

Jim Ditmore is a senior VP of IT infrastructure and operations at Allstate. He has worked in IT for more than 25 years and as a CIO or CTO for the last 15 years. You can read more of Jim's views on IT at Recipes for IT.

InformationWeek breaks out its crystal ball to focus on the top challenges facing IT in 2014 and beyond -- and to offer expert insight into how to best meet those challenges. Whether you're struggling with big data performance, experiencing high anxiety about securing a rapidly proliferating portfolio of mobile apps, or just trying to keep your storage costs under control, this is the one event you won't want to miss. Register for the Trends2014 Live Event today. It happens February 27 in New York City.

Your comment on talent suggests a commitment to training for tech pros -- bringing people in from more diverse backgrounds. I think that makes a lot of sense, especially as tech becomes so closely tied to direct customer needs, via mobile apps, Internet-connected products, and embedded systems. But are companies willing to make those kind of investments in people?
Reply  |  Post Message  |  Messages List  |  Start a Board

@gmtrmt It's https://www1.copy.com/home/ I have to say that I can't say I thoroughly tested it. It just seemed easier to work with for me than the other ones I looked into. It promises 15 GB of free cloud storage and has some splitting options for businesses with up to 5 users.
Reply  |  Post Message  |  Messages List  |  Start a Board

@gmtrmt When I was looking for replacements for SugarSync after it dropped its free option, I  looked into Comodo. It is free for a limited amount of storage, but the software itself takes up a huge amount of space on a desktop. I ended up going with Copy. I don't really use it for sharing -- as that is one of the features it allows -- but for backup.
Reply  |  Post Message  |  Messages List  |  Start a Board

An undercurrent for most of these IT resolutions is an increased focus on serving customers. That should be the uber-resolution: Make your key IT initiatives customer-facing ones.
Reply  |  Post Message  |  Messages List  |  Start a Board

Do you consider flash storage a better bet than cloud storage? Or would you do both as a sort of pants and suspenders back-up?
Reply  |  Post Message  |  Messages List  |  Start a Board
InformationWeek Is Getting an Upgrade!