Competition, not massive regulation, is the best way to make the Internet open.

A federal appeals court earlier this week neutered the FCC's Net neutrality rules, which prevented carriers like Verizon and Comcast from interfering with other carriers' traffic. It's a freak-out moment for many, including the Los Angeles Times, which wrote a headline "Bow to Comcast and Verizon, your overlords." Not quite.

Here's the stated problem: The big carriers (notably Comcast) have already shown that, left to their own devices, they will start picking and choosing which data streams should be fast, slow, or simply blocked. That means that the carrier, not the person who pays the bills, is in charge of what will and won't work from end to end. So, enterprises could be in the position of having selected a VoIP-as-a-service provider, tested the provider, and then having service degrade, not because there is a legitimate engineering issue, but because the carrier has decided to deprioritize (or drop) packets between the provider and the enterprise.

Yet, I fundamentally disagree that Net neutrality is the right thing for the FCC or others to focus on. The right thing to focus on is encouraging a broadband free market. A true free market allows consumers to switch when they're not getting what they paid for. Even in today's market, where there are only two or three choices, if a large company's IP voice traffic starts getting messed with by AT&T, let me assure you that AT&T will be minus one customer.

From the consumer standpoint, let me also assure you that the second that Netflix starts getting messed with by a cable provider, Netflix's software will pop up a message on the consumer's screen that says: "For best service, you may wish to switch to XYZ provider in your area." 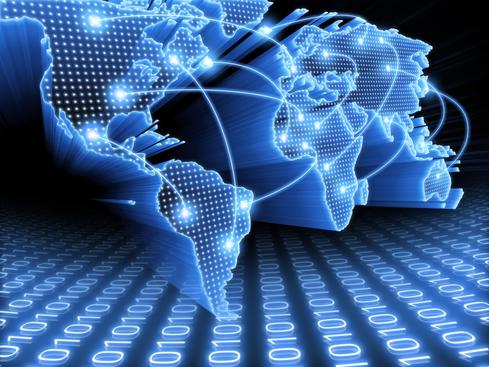 The trouble is that historically, broadband is not a truly free market, since, typically, there are only two consumer broadband providers in any given community. Enterprises typically have more than two choices, yet pricing is normally baselined at the consumer level, since consumer service is far more common. I have been witness to a third provider entering my market, followed by drops in price and increases in capacity.

In recent years, the American Recovery and Reinvestment Act's Broadband Technology Opportunity Program (BTOP) provided grants to build out more broadband infrastructure. This helped to make the broadband business far more competitive than it has ever been, since part of the "strings attached" to the grant money was that carriers must allow others open access to the fiber. The private sector has also contributed to competition: Google singlehandedly raised "fiber optic" to public and economic development consciousness. Smaller municipal successes like Gig Tank have also fueled investment interest in middle-mile networks.

Net neutrality isn't a bad thing to focus on, but I worry that too much regulation could really drag down the Internet. You have only to look at the antique and slow-moving common carrier telecom regulation environment to see that this worry is founded in reality.

Why am I worried about burdensome regulation? You see, the FCC originally crafted its Net neutrality rules classifying Internet service as "information services," not a common carrier telecommunications service. Since the court struck down Net neutrality largely based on this classification, it is possible that the FCC may reclassify Internet service as telecom, making it subject to a vast quagmire of obsolete and awful regs.

The larger -- and more productive -- issue for the FCC to focus on would be how to foster more broadband competition. Let me guarantee you that without competition, no amount of regulation will help prevent bad things from happening. Without competition, prices and capacity stay the same.

Bottom line, I don't think that enterprise CIOs have anything to worry about, for now. Carriers would be idiots to start messing with the very customers that keep the best metrics about service delivery: enterprise customers.

And in general, the Internet is not going to melt down because of a lack of Net neutrality. But choice will be seriously affected if growth in competition doesn't continue. And the best way to kill new entrants into the market would be to significantly increase regulatory burden on Internet providers. Whatever the FCC does in response to the ruling, let's hope that it's not that.

Jonathan Feldman writes for InformationWeek on the topics of leadership, innovation, IT people skills, and running large organizations "like a startup." He is CIO for the City of Asheville, N.C., where he encourages innovation through better business technology and process.

"Another option is for Congress to write some laws that regulate the Internet."


That was my reading. Given the example set over the last few years by the Supreme Court, I'm usually willing to listen if someone says a judge has done something that favors money over humanity. But in this case, I believe the judge's point was that current classifications don't allow the Internet to be regulated as proprosed, and that new laws or classifications are necessary. It's a problem with the Internet in general; we try to force the Internet, a phenomenon that evolves second-by-second, into rules that were written decades ago. That's not a sustainable model-- even less so when so many people doing the "forcing" are either ill-equipped for the challenge or motivated by corrupt motivations.
Reply  |  Post Message  |  Messages List  |  Start a Board

I wrote this commentary on net neutrality in March of 2006. I happened to agree (for the most part) with the author of the above commentary -- eight years later we're still debating the same issues: http://www.informationweek.com/down-to-business-an-internet-e-z-pass-wont-clog-other-lanes/d/d-id/1041476?
Reply  |  Post Message  |  Messages List  |  Start a Board

I disagree that this article is a "naive posting." The author isn't suggesting (in fact, he plainly states he's not suggesting) that we should tear down antitrust law. If an Internet provider has a monopoly or dominant position in a given market, regulation must still ensure that that provider isn't abusing its position to drive weaker competitors out of business so that it can ultimately gouge customers. Those laws and regulations exist. They can still be enforced. The author is suggesting that Net neutrality is a distraction. The government should focus on encouraging competition where it can floushish--across conventional telco, cable, satellite, wireless, and other technologies and providers. "All Internet traffic is created equal" sounds dandy, but it ignores the economics of service provision. It costs the network providers a lot more money to deliver some kinds of traffic than others, and so they should be able to charge accordingly. All companies are sociopaths and governments are care givers? I'm not buying that metaphor.

The open internet was struck a terrible blow, so it's now more important than ever to understand the issues. For anyone who wants a refresher, here's a helpful mockumentary about net neutrality: www.theinternetmustgo.com/‎
Reply  |  Post Message  |  Messages List  |  Start a Board

This actually might happen sooner than you think with the next "5G" wireless technology from Samsung offering 1 plus gigabit speeds (same as Cat5 wired networks today).
Reply  |  Post Message  |  Messages List  |  Start a Board

In my community there were 1 or two providers depending on where you lived. Almost everyone could get DSL from the telco, but the cable company only served the densest (and most profitable neighborhhod. The city wanted to improve broadband service throughout, but the carriers had no interest in universal service. So the city utility department rolled out fibre to the home, competing directly with the telco and cable. It had to fight well funded battles in the legislature where the cable company didn't want any municipal competition (while refusing to provide service in all areas of town.) The city decided to provide the service, including premium service for business with fiber to the end user available everywhere within its jurisdiction. The result, a thrird provider, improved service, more competition, and lower prices. I do not forsee the municipal utility restricting the content providers, but there are several tiers of increasing bandwidth available, with even the slowest one sufficient for video streaming.
Reply  |  Post Message  |  Messages List  |  Start a Board

And there would still need  to be land for the towers, government would still need to allocate the frequencies (though perhaps there could be a band that anyone would be allowed to use as long as protocols are followed) and the backbone providers would almost certainly still be wired.

The fallacy that we constantly see is that a free market and an unregulated market are one and the same, but such is usually not the case.  Rather, one of the principal goals of regulators should be to insure the conditions that make free markets (minimal constraint on all participants, not just vendors) possible.

Doesn't that assume a wireless alternative cannot be competitive with a wired option?  I'm hoping for a break through in wireless that perhaps uses extremely high frequencies point-to-point -- perhaps even some kind of mesh that enables the line-of-site a neighbor enjoys to provide you with HSI.

This may be a fantasy and if it never comes to pass, then I agree because it's extremely wasteful to let everyone run FTTN/FTTC/FTTH.  In that case, we'll find ourselves with the choice of socializing the last mile or declaring utility status.  I don't like either of those options but a duopoly isn't far enough removed from monopoly.
Reply  |  Post Message  |  Messages List  |  Start a Board

...but the problem is how to bring them about.  There are reasons why telephone and cable TV services developed as a public utilities, and they have to do with the inconveniences of communities having to accomodate hardware owned by multiple providers.  I humbly suggest that this problem affects the Internet as well, making laizzez faire unworkable.

We'll need some sort of regulation, but the goal should be to insure as competitive a market as possible.  This probably means that the owners of physical communications lines should be required to act as common carriers.  It should also be remembered that net neutrality isn't a recent idea, but a principle that was part of the original design of the Internet.  It should not be discarded lightly, and enforcement is not the intolerable burden Conservatives claim it is.