"There's never been a better time to be in charge of your company's technology," said McKenna-Doyle, reasoning that technologies such as cloud computing have gone from consultant talking points to very real enablers of digital transformation. "Many CIOs instinctively know what to do to drive transformation, but they don't always know how to put it into a story that gets the attention it deserves from the business," she said.

Appointed CIO in 2012, McKenna-Doyle detailed a long list of digital initiatives that will show up in the coming football season:

An NFL Now application rolling out this summer will let fans consume football content "anywhere on any device," said McKenna-Doyle. Powered by cloud storage and personalization engines, the cross-app experience will have the smarts to pick up on your favorite teams and viewing preferences.

Better mobile and WiFi coverage is coming to all 31 league stadiums. It's no small task connecting 70,000 fans when they're surrounded by tons of concrete, said McKenna-Doyle, "but it's what fans expect, and they are marching out if they don't get it."

The NFL was "into big data before it was cool," McKenna-Doyle said, and the league now has a statistical database that covers every game, every player, and every play in the history of professional football, complete with linked video footage so you can click on any stat and see the related play. 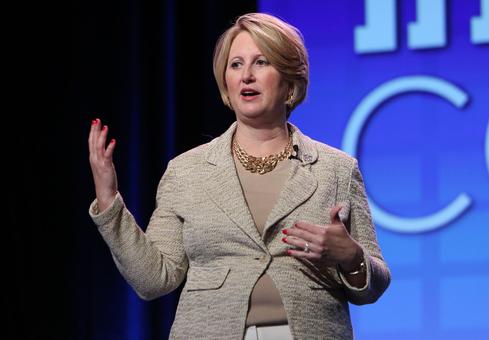 Officiating is a hot button for the NFL, and complaints have even crashed the league's voicemail and email systems, McKenna-Doyle admitted. The NFL has just voted in a new system that will instantly upload replays from all angles to league headquarters in New York, where central command will help onfield officials make the right calls. The cloud technology required to process and transmit all this information in a timely way was either not available or not cost effective just a few years ago, she said.

Officials are graded on all their calls, and at the end of each game they're now handed a Microsoft Surface tablet containing video footage of every play and call. This lets officials review the toughest calls in preparation for post-game conference calls with their supervisors.

A new injury video-review system debuting this season will be monitored by an independent expert who looks out particularly for the potential for concussions. This monitor queues up footage of injuries for review by on-field doctors who can pull players out of the game. "If you can see the mechanics of an injury, it's much easier to treat," McKenna-Doyle explained.

Starting this season, all players will wear shoulder pads embedded with sensors that will automatically record who's on the field during each play. Player contracts and bonuses are often tied to playing time, and the embedded sensors will ensure accurate accounting. 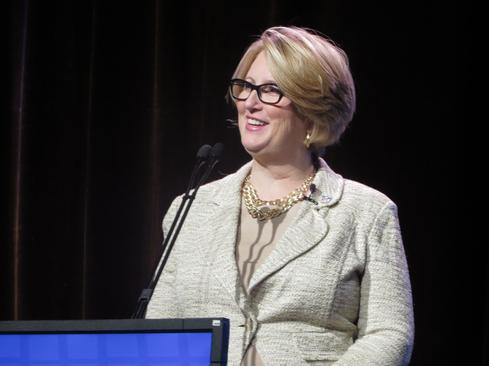 Amid all these digital initiatives, McKenna-Doyle says the NFL still has to invest in conventional infrastructure technologies, so she tends to bundle those investments into higher-profile projects. "NFL Now is a major digital initiative that had no trouble getting funding," McKeena-Doyle explained. "I worked very hard to make sure that the underlying infrastructure was there so that it can grow, but I didn't pitch that separately. So that money is still being spent, but it's coming under those digital banners."

Senior executives are starting to understand technology in a way they never understood it before, concluded McKenna-Doyle. "They didn't want to bring the CIO into the boardroom years ago because they were afraid we would bore them to tears," she said. "Now they're sensitized to the technologies we talk about, and I've worked hard with my team to make sure they talk in business terms to get their digital projects approved."

I thought the shoulder pad sensors really interesting. This first use case is boring back-office stuff, but if you start instrumenting the field, and tracking location as well as on/off the field, that could launch a boatload of new statistics. Fantasy football players rejoice.
Reply  |  Post Message  |  Messages List  |  Start a Board
InformationWeek Is Getting an Upgrade!