Nurturing IT's Next Generation, Chicago-Style - InformationWeek

9 comments
Comment Now
There's plenty of talk about IT talent gaps and developing the next generation of tech pros. Here's how several Chicago companies walk the walk -- locally. 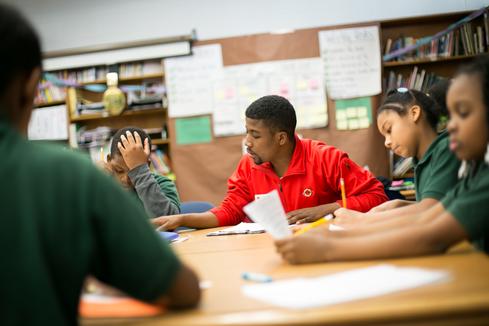 I did indeed enjoy it.  (I quoted you too in a recent article.)  One of the things I appreciated most about meeting and chatting with the Cleversafe folks over the course of the conference is that 1) it was clear that they knew what they were talking about and 2) they were uniformly able to keep my interest in discussing all the cool things that Cleversafe is up to right now.

Any company at a conference with whom I remember and enjoy the conversations better than their swag is a thumbs-up in my book.
Reply  |  Post Message  |  Messages List  |  Start a Board

Joe, thanks for the kind words – I'm glad you enjoyed the presentation at Bio-IT World in Boston.

Chicago is a great place to start a company like Cleversafe – the quality of people we've hired and our ability to retain them is outstanding. We recognize how fortunate we are to work with some of the best talent in the industry in Chicago, so we're dedicated to giving back to the community that is cultivating that engagement.
Reply  |  Post Message  |  Messages List  |  Start a Board

Plus, so much of it is developing a weird idea with the hopes of getting bought out by Google or Yahoo or Facebook or the like.

Remember in the '90s when we were complaining about Microsoft buying up all the tech startups?  Now it's an actual business model!!!  The VCs call it an "exit strategy."

And who wouldn't want to keep the door open to be able to leave?!  My goodness.
Reply  |  Post Message  |  Messages List  |  Start a Board

While I haven't seen the show, I can't help but agree that Silicon Valley isn't necessarily the mecca of ideas. The problem with making an almost self-contained nerd haven, is while it might bring together large numbers of the best and brightest, they'll quickly fall into the trap of developing products for those around them: other nerds.

A quick look at Google Glass makes it clear that it wasn't designed with the everyday tech user in mind.
Reply  |  Post Message  |  Messages List  |  Start a Board

Indeed, HBO's new satirical series Silicon Valley is making it all the more clear how the environment of Silicon Valley can get in the way of innovation just as easily as foster innovation.
Reply  |  Post Message  |  Messages List  |  Start a Board

Innovation doesn't have to mimic Silicon Valley to be relevant. There's some good energy in downtown Chicago around digital business initiatives -- I've talked with at least 2 big companies out in the Chicago suburbs and 1 in Milwaukee who've set up hip offices downtown to attract the creative types they feel they need to drive digital strategy.

The 1871 incubator is an interesting spot to stop by for a cup of coffee (don't expect any real food) if you have an hour or two to kill between meetings downtown -- I did that just a couple of weeks back. In the Merchandise Mart.
Reply  |  Post Message  |  Messages List  |  Start a Board

The "one school at a time" program sounds like a win-win; the kids get new technology and an example of adults giving back to their community; the company gets a solid connection to a promising group of students. Well done.
Reply  |  Post Message  |  Messages List  |  Start a Board

I saw the headline and thought it involved shooting competitors and giving kickbacks to corrupt politicians. #ChicagoStyle

That said, I got to meet a lot of Cleversafe folks (all awesome people) a couple weeks back at Bio-IT World in Boston -- including its founder, Chris Gladwin, who gave a terrific presentation about what lies ahead for the company.

Gladwin also founded another tech company based in Chicago, MusicNow, about 15 years ago.  In 2004, he sold the company -- and founded Cleversafe less than six months later.

It's no Silicon Valley, but Chicago definitely has its innovators.
Reply  |  Post Message  |  Messages List  |  Start a Board
Editors' Choice
Hot Topics

10 IT Trends to Watch for in 2021 Cynthia Harvey, Freelance Journalist, InformationWeek,  12/22/2020
White Papers
How to Prioritize Risk Across the Cyberattack Surface
Passwordless: The Future of Authentication
Two-Factor Evaluation Guide
Managing OTT Content Distribution in the Connected World
The State of Threat Detection and Response