The pharmaceutical company, No. 1 in the InformationWeek Elite 100 ranking, uses big data to tailor treatments to specific patient populations.

Lots of companies boast about big data, but Pfizer is delivering on its promise with the Precision Medicine Analytics Ecosystem, a program that connects the dots among genomic, clinical trial, and electronic medical record data to spot opportunities to quickly deliver new drugs for specific patient populations.

Five to seven years ago, the conventional model for developing drugs was to design multiyear clinical trials that might involve thousands of patients worldwide. Researchers looked into many possible outcomes and potential uses for treatments. Now, a much more targeted approach is possible, supported by more-affordable genomic data and more-available (de-identified) EMR data. By combining these sources with the high-scale clinical trial data at Pfizer's disposal, the company can target specific patient populations that aren't responding to currently available treatments.

In the case of lung cancer, for example, medical research revealed that about 5% of patients weren't engaged in high-risk lifestyles -- they weren't heavy smokers, coal miners, or otherwise abusing their lungs. Rather, what they all had in common was a mutation in their ALK gene. With the aid of predictive analysis across genomic, clinical trial, and anonymous EMR data, Pfizer was able to develop Xalkori, a drug first approved by the Food and Drug Administration in 2011 specifically for lung cancer patients with the ALK gene mutation. 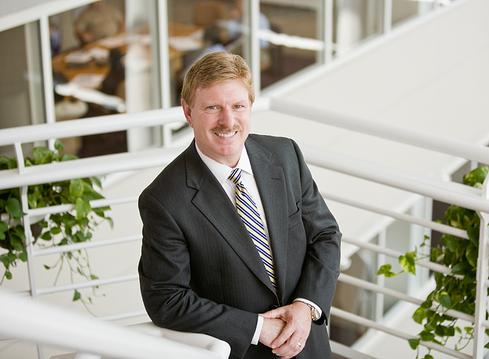 "Had this compound been tested against a broad spectrum of lung cancer patients, it likely would not have been found to be effective," says Pfizer CIO Jeff Keisling. "With this analytics-based approach, it was found to be very effective, but we had to be able to identify a subset of cancer patients with a specific gene mutation who previously did not have this treatment option."

Each of the three platforms Pfizer developed for its ecosystem program represents a huge achievement in its own right.

1. The genomics research repository is built on tranSMART, an open source data management system initially developed in 2009 by scientists at Johnson & Johnson and Recombinant Data Corp. The idea is to combine genomic data sets, from internal and external sources, using the platform's data standards and processing capabilities.

Pfizer chose tranSMART partly because more than 20 corporate, nonprofit, academic, patient-advocacy, and government organizations have embraced it. Pfizer also likes the fact that the platform is open source, and it has at its core massively parallel processing technology and a set of visualization components, says Deb Bremer, VP of business technology on Pfizer's R&D team. (Bremer reports to Keisling but is an embedded leader of the R&D organization.)

2. Pfizer worked with Oracle and other partners to create a cloud-based clinical data repository called the Clinical Cloud. It's hosted by Oracle and based on its widely used Oracle Life Sciences Hub.

Here, too, there's an eye toward pooling data from multiple sources. Pfizer, the world's largest pharmaceutical company, with $51.5 billion in revenue in 2013, has its own stores of clinical trial data. But it also works with contract research partners that conduct trials on its behalf. What's more, every

Spotting  a subset population with both the same disease and same genetic mutation is a huge breakthrough for human health. Before this, we could identify one or the other but big data techniques allow us to match them up. Way to go, Pfizer.
Reply  |  Post Message  |  Messages List  |  Start a Board

Doug mentions that many pharmaceutical companies do amass and compare data but I wonder whether anyone knows more about these firms' big data programs? It would be interesting to see how they compare with Pfizer's system.
Reply  |  Post Message  |  Messages List  |  Start a Board

Now patients want more control over their health -- through ownership of EHRs, portals, and incorporation of fitness-tracking devices, etc. -- it's natural that consumers want to also review all available treatment options so they can discuss them with physicians. When you add to that consumers' growing fascination with genetics and family trees, I can see where businesses like Zibdy fit into the big healthcare picture.
Reply  |  Post Message  |  Messages List  |  Start a Board

That's why this is so exciting: Pfizer (and hopefully its competitors) are already seeing results from their investment in big data. And while some industries' investment in technology lead to bigger profits or improved customer service, in the case of pharmaceuticals the benefit can be saving lives or improving the qualify of life for those with a disease or other affliction (and profits, too, of course so they can continue their research into other medications).

As pharma companies reduce the costs and the time it takes to develop drugs, this also holds promise for so-called orphan drugs and people with rare conditions that aren't necessarily profitable for drug-makers to research and try to cure or control. Kudos to Pfizer. This investment and use of big data is a win for the company and patients.
Reply  |  Post Message  |  Messages List  |  Start a Board

Commenters should read the whole story, not just the headline. The point here is that big data analysis has already led to breakthrough drugs. Pfizer isn't waiting for results, it has at least one such product in the market and many more in the pipeline.
Reply  |  Post Message  |  Messages List  |  Start a Board
InformationWeek Is Getting an Upgrade!