While researching a feature on the "second acts" of retired CIOs, I was startled to see former NASA CIO Linda Cureton's name pop up in a Google search next to the word "retired."

It turns out her exit from government service was officially a retirement, though she did not head directly for the rocking chair. Instead, she has been building a consulting business: Muse Technologies, which is dedicated to helping other CIOs execute a strategy of IT transformation. She is also a valued thought leader columnist on government IT and CIO strategy for InformationWeek.

What she is doing is not unusual. Since federal employees can often retire in their mid-50s (depending on variables like years of government service), they often collect their retirement benefits and pivot quickly into consulting work or sales, trying to win business from former colleagues. For that matter, many CIOs in the private sector also "retire" and go on to other professional activities. Our feature Retired CIOs: 5 Rewarding Second Acts focused on those who have decided to actually retire -- including some who are not necessarily any older than Cureton.

[Laboring online: Tweets Tell Whether You Have A Job.] 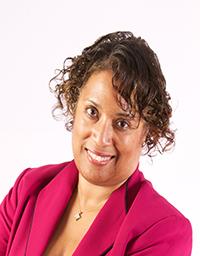 Cureton, however, is much too busy to think of herself as retired in any way, shape, or form. "I figured I still had some life in me at 55," she says. "People work much longer than that, so for me, retirement was just a good point of reflection, an opportunity to take more risk and make more significant change."

An opportunity, certainly -- but definitely not an opportunity to relax. "I've been working 120-hour weeks, really." Even as a top executive of a government agency, she used to work with a lot of people who kept 9-to-5 hours. When they weren't on duty, tasks sometimes had to wait until the next day. Now, as she works to establish her own small business, there are no checks on how hard or how long she works. Over one recent weekend, she totaled five hours of sleep.

Having made a name for herself at NASA, Cureton hung up her shingle as an "IT transformation expert," though she concedes that phrase means "everything and nothing." She explains that every good CIO has a change agenda but also many obstacles to achieving it. She created a strategic framework to pursue change "in a more enduring and rapid way," folding strategic planning, enterprise architecture, leadership development, and team building into the package.

In government particularly, Cureton saw an unmet need for a brand of consulting that would be less high-level (and less expensive) than that offered by big consulting firms like McKinsey or Deloitte. Muse offers guidance on megatrends like cloud computing, boiling down what's real and what's not.

One frustration: "A lot of people talk about IT transformation, but they don't necessarily want to be transformed." Although government is the sector Cureton targeted first, she suspects that the bigger long-term possibility may be with businesses looking to transform themselves. "Maybe they're more able to be transformed."

Hard work though it may be, starting Muse was also a lifestyle choice. "I saw this as a chance to do exactly what I want -- do what I love to do, with people I love," Cureton says. Her husband, Douglas, also a retired federal executive, is her chief operating officer.

Building a business is hard work, but one measure of success will be whether she can make it into a going concern, one that will eventually be able to survive without her. In a decade, she will have reached the more traditional age for "real" retirement.

"Ten years sounds about like what it would be," she says. "I definitely have sitting on a beach in mind for about 10 years from now."

David F. Carr oversees InformationWeek's coverage of government and healthcare IT. He previously led coverage of social business and education technologies and continues to contribute in those areas. He is the editor of Social Collaboration for Dummies (Wiley, Oct. 2013) and ... View Full Bio
We welcome your comments on this topic on our social media channels, or [contact us directly] with questions about the site.
Comment  |
Email This  |
Print  |
RSS
More Insights
Webcasts
Building Asset Management into Your Enterprise Security Strategy
How the Rapid Shift to Remote Work Impacted IT Complexity and Post-Pandemic Security Priorities
More Webcasts
White Papers
SANS Institute Survey: The State of Cloud Security
From MFA to Zero Trust
More White Papers
Reports
The State of CCPA 2021
Are We Cyber-Resilient? The Key Question Every Organization Must Answer
More Reports