Should You Fire Conscientious Objectors? - InformationWeek 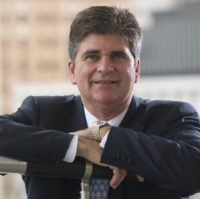 When it's time to embrace organizational change, leaders may be faced with the reality of how to handle what may be well-reasoned questions and resistance from some subordinates.

Organizational agility is not just a matter of process and technology. It’s also about the people who participate in those processes and use that technology. So even the best process change and technology adoption won’t do you a whole lot of good if your people retain their non-agile habits, attitudes, and workplace culture.

Every leader therefore faces the issue of what to do with people who don’t embrace change. Do you fire them? Try to work around them? Browbeat them into accepting the inevitable?

This is a non-trivial issue for leaders who aspire to be agents of organizational change, because your people will judge you by how you treat their peers. Do it right and your leadership currency will increase in value. Do it wrong and it will become more difficult to manage everyone in your organization.

So what do you do with conscientious objectors?

First, it’s important to differentiate between plain old, ordinary objectors and conscientious objectors. Plain objectors don’t want to change because they don’t want to change. They find all change inherently problematic because it’s uncomfortable and requires mastery of new practices. Any objections they explicitly pose to the specific types of change you are attempting to institute are just smokescreens. They will never favor any change unless it’s an acknowledgement that they were right all along and everyone else should change to be just like them.

Objectors have to go. Any successful change leader will tell you this. They use euphemisms like “the need for fresh thinking,” but they are talking about getting problematic people out of the way. The wrong people in the wrong position can make change 20 times harder than it has to be and less than half as successful. So one of the prices you pay for becoming more agile is a bit of staff turnover.

"Conscientious objectors" (let’s call them “COs”) are a very different breed. Three attributes in particular tend to distinguish them from their less desirable counterparts:

This last attribute is particularly important. COs tend to be workplace leaders, regardless of whether their titles make them officially so. This makes the stakes even higher when it comes to managing their role in your organization’s agile transformation. In fact, if you can convert a CO, he or she can become an especially powerful catalyst for change. 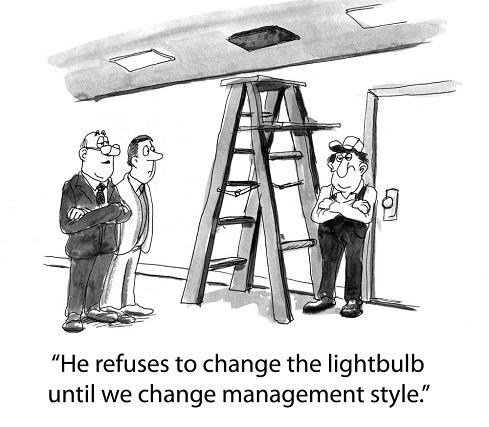 From obstacle to ally

Leaders seeking to convert COs from obstacles to allies should keep a few best practices in mind:

Listen and respond. Without fully realizing it, change leaders often have an unconscious inclination to simply steamroll any perceived obstacles. COs, however, are very good at pointing out obstacles that require more than just steamrolling. By listening to them and responding thoughtfully, you can avoid many of the bad decisions that “true believers” tend to make.

Invite them into “the room.” Sometimes it’s smart for leaders to let COs participate in higher-level strategy sessions. This lets the CO openly debate their position with others, so he or she feels empowered, and so the leader doesn’t get locked into a directly adversarial relationship with the CO. Nine times out of ten, the CO’s input will improve decisions along the way, making for a better outcome.

Convince with results. As long as agility is theoretical, rather than actual, COs will always be able to argue their side. But if you can show them how something got done faster while also getting done better -- and if you can make that a shared learning moment rather than an I-told-you-so event -- the facts themselves will win the hearts and minds of COs.

Close the conversion deal. Eventually, if you stay properly engaged with a CO, a moment of truth will arrive. It is at that point that a good change leader will shift from incremental chips to wholesale conversion. Ask the CO if she or he finally trusts you and believes in the change you are bringing about. Offer an opportunity to become an active and vocal agent of that change.

COs who refuse at that point essentially forfeit their “C” and become mere unreasonable objectors who deserve to be identified as such. If your timing is right and you’ve properly judged your CO, however, you will make their conversion complete. By doing so, you will have created a powerful workplace ally in your agility efforts. As any leader who has attempted to transform an organization’s processes and culture knows, such allies are absolutely critical to success.

Christopher O'Malley is CEO of Compuware. He has nearly 30 years of IT experience, with past positions including CEO of VelociData, CEO of Nimsoft, EVP of CA's Cloud Products & Solutions and EVP/GM of CA's Mainframe business unit, where he led the successful transformation of ... View Full Bio
We welcome your comments on this topic on our social media channels, or [contact us directly] with questions about the site.
Comment  |
Email This  |
Print  |
RSS
More Insights
Webcasts
People Are The Most Important Part of Autonomous SOC
Nip Ransomware in the FUD: Detecting Attacks Pre-Encryption
More Webcasts
White Papers
Gartner Market Guide for Insider Risk Management Solutions
iPaaS Intrigue: A Faster Path to Digital Transformation
More White Papers
Reports
Gartner Market Guide for Insider Risk Management Solutions
Enabling Enterprise Resiliency Through Cyberthreat Detection
More Reports

Of course things are much easier and more pleasant if everyone just says "Yes" to what management proposes. Surrounding yourself with agreeing bobble heads is a sure path to failure.

Years ago I was in a choir and as the youngest member was quickly voted onto the board to give a fresh perspective. One board member was almost always against everything and he went to lengths to explain his objections. At first, I though he is just miserable and annoying, but when it turned out that he was right on a few occasions my view changed. It completely flipped when his opposition saved our club from a substantial financial loss.

I have no idea if he always disliked the ideas, but his attitude forced everyone else to think over our decisions and revise them as needed. He was a pain to work with, but overall one of the biggest contributors and delivering great value.

No matter what the motives are, listen to the objectors. They have a different view of things and they challenge leadership who otherwise might think they are infallible. When convincing the objectors that their view is not accurate they also tend to become the biggest advocates for the proposed change. Objectors are often the biggest friends you have, don't fire them!
Reply  |  Post Message  |  Messages List  |  Start a Board

The conscientious objector may be right, in which case the plan might need to be changed (management is fallible too); or there may be well founded moral objections that management does not necessarily accept, but which are likely to cause problems down the road, especially if word of the plan reaches the public; again, the plan may have to be abandoned or revised to keep the consequences from blowing up in management's collective face later.

Not everybody can be accomodated, but in general, it's bad policy to make people choose between their jobs and their consciences.
Reply  |  Post Message  |  Messages List  |  Start a Board

My concern about this entire article is the fact that not all change is good.  In the end leaders are human and can make mistakes too.  As such leaders need to gain the input of those below them before initiating change.  A top down approach is not always, and in my experience rarely, the best way to go forward.  Too often what is new to someone is just a rehashed process that has been tried before and failed.  The only problem is that the failure has either been forgotten or the current leader was not in place to experience it.  Those that forget / ignore or are unwilling to listen to the past are doomed to repeat it.
Reply  |  Post Message  |  Messages List  |  Start a Board
Editors' Choice
Hot Topics