"Digital libertarians" and "digital technocrats" want us to believe their way is the truth and the light. It's not that black and white.

Manichaeism, an ancient religion, took a dualistic view of the world. It described the struggle between a good, spiritual world of light, and an evil, material world of darkness. Listening to tech policy debates, especially in America, one would presume that Manichaeism is alive and well.

For the first group, whom I'll call the digital libertarians, government is the problem, not the solution. Tech enables freedom, and statist actions can only limit it.

According to this camp, tech is moving so fast that government can't hope to keep up -- the only workable governance system is a nimble one based on multi-stakeholder processes, such as ICANN and W3C. With Web 2.0, everyone can be a contributor, and it is through the proliferation of multiple and disparate voices that we discover the truth. And because of the ability of communities of coders to add their contributions, the only viable tech systems are based on open-source models.

For the second group, the digital technocrats, the problem is the anarchic, lawless, corporate-dominated nature of the digital world. Tech is so disruptive, including to long-established norms and laws, it needs to be limited and shaped, and only the strong hand of the state can do that. Because of the influence of tech on all aspects of society, any legitimate governance process must stem from democratic institutions -- not from a select group of insiders -- and that can only happen with government oversight such as through the UN's International Telecommunication Union. 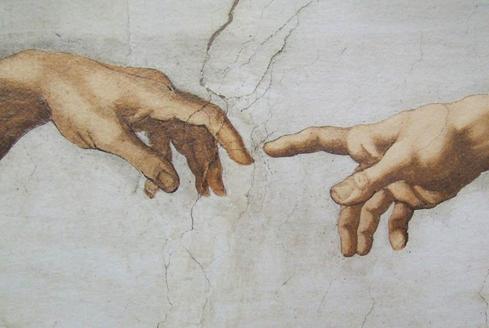 According to this camp, because there are so many uninformed voices on the Internet spreading urban myths like wildfire, we need carefully vetted experts, whether in media or other organizations, to sort through the mass of information and provide expert, unbiased analysis. And because IT systems are so critical to the safety and well-functioning of society, we need companies to build and profit from them through a closed-source model.

But this situation doesn't mean, as digital libertarians would assert, that governments should stay out of the Internet altogether. Governments are not, as digital libertarian John Perry Barlow arrogantly asserts, "weary giants of flesh and steel." Governments can and do play legitimate roles in many Internet policy issues, from establishing cybersecurity guidelines to setting online sales tax policy to combatting spam and digital piracy to setting rules governing unfair and deceptive online marketing practices.

This assertion doesn't mean governments always get things right. They don't. But as the Information Technology and Innovation Foundation writes in its recent response to Barlow's manifesto, to deny people the right to regulate Internet activity through their government officials ignores the significant contribution the government can play in promoting the continued development of the Internet and digital economy.

At the same time, the digital technocrats must understand that the digital world is different from the analog one, and that old rules, regulations, and governing structures simply don't apply. When ITU Secretary General Hamadoun Toure argues that "at the behest of all the world's nations, the UN must lead this effort" to manage the global Internet, and that "for big commercial interests, it's about maximizing the bottom line," he's ignoring the critical role that tech companies and other non-government stakeholders play in the Internet ecosystem.

Because digital technology is such a vastly complex system, digital libertarians claim that their "light" approach is superior to the "dark," controlling, technocratic approach. In fact, this very complexity requires that we base Internet policy on pragmatism, not religion.

Conversely, because technology is so important to opportunity and the functioning of societies, digital technocrats assert that only governments can maximize these benefits. In fact, its importance requires us to respect its complexity and the role of private sector innovators in driving digital progress.

In short, the belief that one or the other of these approaches is sufficient in itself to maximize tech innovation is misleading at best and damaging at worst.

Robert Atkinson is President of the Information Technology and Innovation Foundation.

These five higher-education CIOs are driving critical changes in an industry ripe for digital disruption. Also in the Chiefs Of The Year issue of InformationWeek: Stop bragging about your agile processes and make them better. (Free registration required.)

We welcome your comments on this topic on our social media channels, or [contact us directly] with questions about the site.
Comment  |
Email This  |
Print  |
RSS
More Insights
Webcasts
Building the SOC of the Future: Next-Generation Security Operations
5 Steps to Solving Modern Scalability Problems
More Webcasts
White Papers
From MFA to Zero Trust
Research Report: Evaluating Your Organization's Cybersecurity Readiness
More White Papers
Reports
Annual Global State of the WAN
The ROI Of SD-WAN: Not Just A Numbers Game
More Reports

Apparently Barlow misses the irony that without the government, the Internet would not even exist?
Reply  |  Post Message  |  Messages List  |  Start a Board
Editors' Choice
Hot Topics