Tech's Rich And Famous: Who's Most Charitable? - InformationWeek

Silicon Valley may have a reputation for greed, but these tech execs gave more than $1.7 billion in contributions last year. 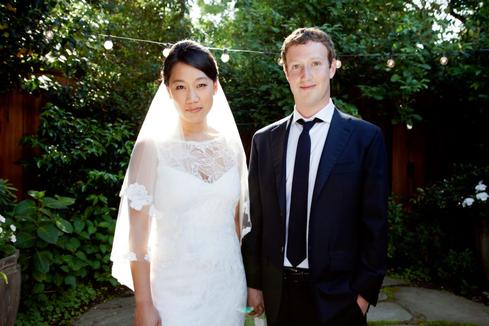 Not everyone likes the Bay Area's housing prices, which have been driven up by tech-industry salaries and stock options. Not everyone likes Google's private buses. But contrary to some beliefs, not everyone in Silicon Valley is greedy, stingy, or elitist, either.

According to The Chronicle of Philanthropy, which this week released its 14th annual Philanthropy 50 List, donations from American philanthropists in 2013 totaled $7.7 billion. Of that, $1.77 billion came from six of Silicon Valley's own tech execs. The year before, the same number of tech philanthropists donated $1.15 billion.

The Chronicle gathered information about large donations made by individuals to organizations with charity or foundation status under section 501(c)3. To make this year's Philanthropy 50 list, a donor had to give at least $37.5 million. Donors came from a number of industries, including insurance, real estate, finance, healthcare, and technology.

This year's donations broke records, according to the Chronicle, up 4% from 2012. The median gift reached a peak of $86.1 million -- the highest to date -- and the $6.2 billion that philanthropists pledged was nearly equal to that in the previous two years combined, it said.

Most members of the list are male; 23 earned their wealth in either finance or investments, 12 in real estate, six in technology, and the rest from inheritances or other pursuits.

This year's top technology donors were comprised of both newcomers and veterans who gifted money to a variety of causes: community and private foundations, human-services groups, and colleges and universities.

Five of them have signed The Giving Pledge, a commitment by the wealthiest individuals and families to dedicate a majority of their wealth to philanthropy. The pledge was started by Bill Gates and Warren Buffet in 2010. Today, it's signed by more than 120 of the world's wealthiest people.

Which of Silicon Valley's wealthiest made this year's list? Here's a look at who they are, how much they donated, and where their money went.

According to the Chronicle, the couple donated the same number of Facebook shares to the fund in 2012, which totaled $498.8 million. In 2010, Zuckerberg pledged $100 million to establish Startup: Education, a foundation to support programs to improve schools in Newark, N.J.

I hadn't seen that statement, Chris, but that's very in character. My wife and I walked into the "showroom" of the Bill & Melinda Gates Foundation when we were in Seattle this summer. It's right near the foot of the Seattle Space Needle with the Chihuly glass gardens and museum nearby, a fun place to visit. The way the foundation is run represents giving on a global scale, such as financing vaccines to rid the world of a particular disease or giving impoverished people the means to help themselves. To do the former, you need to be active in many countries at the same time, bringing the right resources to bear. It's a case of wealthy individuals doing something that individual governments and possibly the UN cannot.
Reply  |  Post Message  |  Messages List  |  Start a Board

That's a good point, Wyatt. Part of the indictment of wealthy technologists comes from the manipulators of old money, looking down their noses at the new money, whose owners are failing to play by their rules. There's a presumption that you need to purchase respectability, and the nouveau riche technologists just don't understand.
Reply  |  Post Message  |  Messages List  |  Start a Board

I think its presumptuous for the keepers of museums, music and the arts to look down their noses at rich techies for not throwing tuppance their way. There are many ways to be charitable and many charities worth giving to. What a person decides to give away and to whom should be up to him/her.  Reminds of the scripture: "For in the same way you judge others, you will be judged, and with the measure you use, it will be measured to you."(Matt 7:2)
Reply  |  Post Message  |  Messages List  |  Start a Board

People's charitable interests sometimes evolve over time. We may find some tech execs get more involved in less typical tech areas as they or their families age. It's a natural progression.
Reply  |  Post Message  |  Messages List  |  Start a Board

Did you see Bill Gates' Reddit discussion where he talks about philanthropy? He reacts to the label of the "biggest phlanthropist":  "I essentially sacrifice nothing that I want, and there are people who are out in the field and they're giving more – they are the biggest philanthropists."

Their personal income gets taxed and then the government takes a second helping in the form of an inheritence tax when they pass their wealth on. Better that they give their money to charity while they're alive. And I can sympathize with their wanting to protect what's left of it for their loved ones rather than ship it down the government black hole.
Reply  |  Post Message  |  Messages List  |  Start a Board

Re: culture and arts -- One of my favorite tidbits from this was Paul Allen donating $6 million to a museum that he created that is dedicated (most likely) to his personal interests: pop culture, rock music, and science fiction. As you mentioned, techies' interests usually lie in areas closely related to their work, which is why we see so many of them donating to such causes. I'd presume that other wealthy individuals may donate to the arts that you describe if that's something they're passionate about.
Reply  |  Post Message  |  Messages List  |  Start a Board

They'd do more for their community if they didn't take as many steps to avoid inheritance taxes through living trusts.
Reply  |  Post Message  |  Messages List  |  Start a Board

The reputation of the tech industry's nouveau riche is that they don't give to museums, symphony orchestras and the other established cultural institutions of a communiity. I think this reputation is well deserved, but it should be debated what it means. To me, they don't have the mind set to give to these institutions because they've often been active in realms outside them. They're future oriented, change oriented and "build something different" oriented, and they assume if they succeed and get rich, society is helped as a byproduct. I wouldn't pass judgment on that. In many cases they may be wrong but in some they're right. Zuckerberg at an early age has chosen a more direct path to giving. More power to him.
Reply  |  Post Message  |  Messages List  |  Start a Board

Interesting that education runs as a strong theme throughout these contributions. Of course many tech industry pros give their time to educational efforts -- not just their money. Both are valuable.
Reply  |  Post Message  |  Messages List  |  Start a Board
Page 1 / 2   >   >>
InformationWeek Is Getting an Upgrade!