What does the CIO role look like now, and what will it look like in the future? Experts at Interop New York share the key skills and traits that will soon separate the winners from the losers. 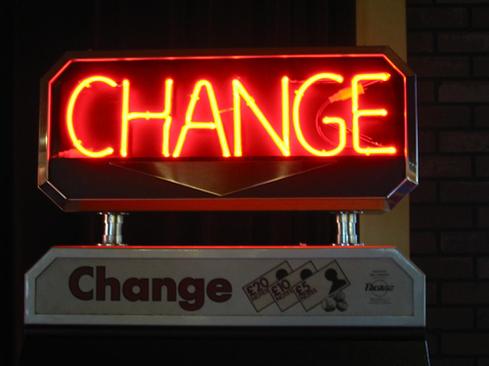 Laurianne McLaughlin currently serves as InformationWeek.com's Editor-in-Chief, overseeing daily online editorial operations. Prior to joining InformationWeek in May, 2011, she was managing editor at CIO.com. Her writing and editing work has won multiple ASBPE (American ... View Full Bio
We welcome your comments on this topic on our social media channels, or [contact us directly] with questions about the site.

Comment  |
Email This  |
Print  |
RSS
More Insights
Webcasts
Hybrid Cloud: The Great Balancing Act
Cybersecurity's Next Wave: What You Should Know
More Webcasts
White Papers
Why Add Security to Your Skill Set and How to Do It
Sunburst: Impact and Timeline
More White Papers
Reports
Are We Cyber-Resilient? The Key Question Every Organization Must Answer
How IT Security Organizations are Attacking the Cybersecurity Problem
More Reports

@zerox203 is right, some CIOs learned long ago to befriend the CMO. But if you're still playing a game of "Survivor" with the CMO, it's time to think again.
Reply  |  Post Message  |  Messages List  |  Start a Board

The funny thing is, depending on who you ask, all of this was true five, ten, or even more years ago. Maybe a lot of that has to do with what industry you're in. The idea that IT was tied to directly to business growth (rather than just keeping the lights on) was true for many companies back then - it's just that it's now true for more or less everyone. 'Digital' just means 'how you do business' - period. It's indistinquishable from other parts the business.

All of this can be said for the CIO themselves as well, of course. All it really means is that the CIO now fits into the same size compartment as the CMO or the CFO, so it's really not all that strange. It would be awful weird for someone to say 'we don't really need to bring marketing in on this company-wide project, do we?', wouldn't it? It's more strange that that ever was the case for IT, but you're right that old habits die hard. CIOs already in the hot seat have some unlearning to do, and those coming up should keep a close eye on them to learn from their missteps.
Reply  |  Post Message  |  Messages List  |  Start a Board

"Part of my position is being an agent of change": Thanks for sharing your insight, @SaneIT. Good way to put it.
Reply  |  Post Message  |  Messages List  |  Start a Board

You're right that the reporting structure is a bit dated if the CIO or the top level of your IT staff is reporting to the CFO but I think that can be remedied by getting your CFO moving in a more technical direction as well.  I'm at a company that isn't quite big enough for that CIO role and yes I report to the CFO, but it is not the brick wall that I hear other people in similar positions are running in to.  The "consultative" shift is a good way to describe how you can get that relationship moving in the right direction.  The image of the tight fisted CFO who can't see company direction unless it's in ledger form is as outdated as any of the CIO role assumptions that many of us make.  Our CFO understands why I come in with proposed changes and very rarely do I hit a wall.  When I do it's usually a "wait" signal rather than a full stop.  Part of my position is being an agent of change, we are a growing company and we can't do business the same way we did last year or the year before.  If we want to keep up with the growth we have to change and if there is anyone in the company who should understand how quickly things can change and how those changes can affect business processes it should be the CIO or the person filling a similar role.  This means knowing what other people do and why.  I joke that I've shifted from a technical role to a process modeling role over the past year but really it is adjusting processes to mesh with technology changes that are letting us do bigger things.
Reply  |  Post Message  |  Messages List  |  Start a Board

It is old-school thinking to have the CIO report to the CFO. IT leaders fought this battle in the 90's. If your CIO reports to the CFO that could be a hint that you are not in a company with a digital business mindset doing innovative work. Of course this may vary by vertical industry.

As far as not having a CIO slot at all, it is true some smaller or even midsize companies will have an IT director or a VP-level title person running IT. I hope those people would also find useful advice in this article about how to stand out as an IT leader.

I see what you're saying -- a person may be doing a CIO's job, but without that title, they have little clout with other business units. That sounds like a situation with no easy or one-size answer.
Reply  |  Post Message  |  Messages List  |  Start a Board

I understand this article is about the CIO role but the overwhelming majority of IT lead positions are not CIOs.  For those organizations having a CIO as part of the executive core reporting to the CEO, this article is a mute subject as they really already understand the change aspect of business technologies thus they have a CIO to mentor same.   For the rest of us its an up hill battle just to be let in the business door.
Reply  |  Post Message  |  Messages List  |  Start a Board

Good points by @ddurbin1. I've heard more and more about CIOs reporting to CFOs, which doesn't make a lot of sense if you really want the CIO to be immersed across business units as an agent of change. Reporting to a CFO would stifle a CIO, no?
Reply  |  Post Message  |  Messages List  |  Start a Board

Do you think CIO's are common?  Only in the Fortune 50 and not even all of them have one.
Reply  |  Post Message  |  Messages List  |  Start a Board

CRM Trends 2021: How the Pandemic Altered Customer Behavior Forever Jessica Davis, Senior Editor, Enterprise Apps,  2/18/2021
White Papers
Why Add Security to Your Skill Set and How to Do It
Sunburst: Impact and Timeline
Are We Cyber-Resilient? The Key Question Every Organization Must Answer
Balancing Hybrid Storage as Part of a Hybrid Cloud Data Management Strategy
Building the SOC of the Future