Steve Ballmer didn't get the credit he deserved, as evidenced by Microsoft's strong financial position when he resigned. Here are 10 reasons you've never heard about why he stepped down. 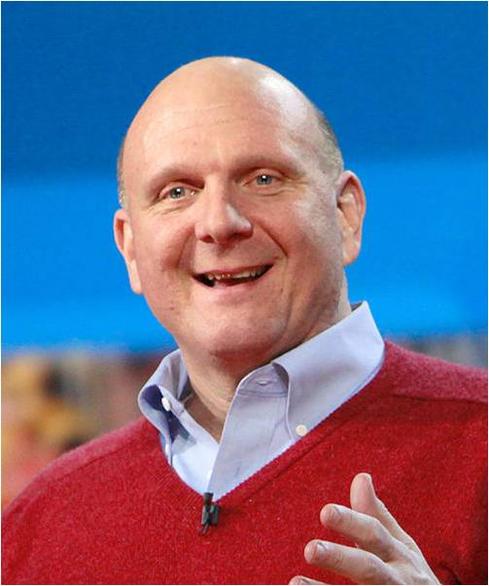 I'm going to stick my neck out here and say that former Microsoft CEO Steve Ballmer, who retired in February, didn't get the credit he deserved during his extraordinary 34-year career at Microsoft. While he was CEO from 2000 to 2014, the company generated an astounding $120 billion in profits and shifted its strategic focus and much of its market-leading software to the cloud. As of the beginning of the year, Microsoft was sitting on $84 billion in cash and cash equivalents. No small feat.

Microsoft's financial report on Thursday shows some of the big chinks in that armor -- a soft Windows business and a flailing Windows Phone business among them. But the fact that the company's stock is now trading near its 52-week high indicates that investors think Ballmer left a still-solid foundation for new CEO Satya Nadella to build upon.

Yes, Microsoft is way behind iOS and Android in mobile computing, remains an also-ran in search, is losing the browser wars to Firefox and Chrome, and is off to a very slow start with its Surface tablets. But it can't dominate every market in an age of rapid digital innovation and disruption. And while all of Microsoft's traditional strongholds -- Windows, Office, SharePoint, Exchange, SQL Server -- are under threat, that's the nature of the software business. It's worth noting that its SQL Server, System Center, Windows Server Premium, and Lync businesses grew by double digits last quarter, while its Azure cloud business grew 150%, thanks largely to the early success of Office 365.

Microsoft has managed a deft evolution in most of its core products (with the exception of Windows), and Nadella is now looking to tie them together under a strategy he calls "ambient intelligence." The goal: Make it easier for users at companies of all sizes to pull data from their Microsoft stores, as well as from sensors, social networks, server logs, and other third-party sources, to make more-informed decisions.

As for Ballmer, I hope he and his wife are enjoying their $20 billion in wealth and turning more of their attention to philanthropy now that he's retired. I had the privilege of interviewing Ballmer three or four times during my career, and I always found him to be personable and genuine, as well as overwhelmingly passionate. And he has a very sharp sense of humor, so I'm hoping he'd get a kick out of the following parody. Please weigh in with your own barbs.

Way to mail it in.  Did you write this at lunch?  We all get a good parody, unfortunaltly they have to be clever and witty which this was not.  Of course if I assume every bald man looks like SB, you may have something.
Reply  |  Post Message  |  Messages List  |  Start a Board

I see your point and thought the same as I was writing the intro. But I wanted to give the guy his due. I still have a lot of respect for the man and the executive, even if I lobbed some barbs.
Reply  |  Post Message  |  Messages List  |  Start a Board

< Just because something is highly disagreeable doesn't necessarily elevate it to the level of legal travesty.

> MicroSlop, like Yahoo, failed to be an industry leader like Google.. Microsoft was alway running after the companies that provided us with the things we really needed.

Apple, I would suggest, is the epitome of companies that tells customers to sit down, shut up, and listen to how it's going to be for them, for better or worse.  (Your computer won't boot correctly?  Time to buy a new Mac.)

> While federated services (single sign-on) can be a good idea, it cannot be forced on the user.


Yes it can.  It's called a licensing/terms of use agreement.

Just because something is highly disagreeable doesn't necessarily elevate it to the level of legal travesty.
Reply  |  Post Message  |  Messages List  |  Start a Board

I would say that Steve Ballmer did an excellent job at the helm of the company and the fact that his successor has managed to stay afloat without any hiccups, even in the face of major challenges from competitors and failing sectors such as its Surface tablets, is literally a testimony to the fact that he left a strong foundation. His leaving was simply to pave the way for someone better placed to take the company in a new direction and we all know that his successor is well versed in these, especially when it comes to cloud and mobile solutions.
Reply  |  Post Message  |  Messages List  |  Start a Board

Coming right on the heels of some major strategic changes at Microsoft, including Bill Gates' resignation from the chairmanship of the company to take on a more active hands-on role, it is easy for most people (especially those addicted to conspiracy theories) to assume that Mr. Ballmer was shown the door. But this is hardly the case; he has been in the company for more than 3 decades and it is during his tenure at the helm that the company was at its strongest financially.
Reply  |  Post Message  |  Messages List  |  Start a Board

MicroSlop, like Yahoo, failed to be an industry leader like Google.. Microsoft was alway running after the companies that provided us with the things we really needed.


Google gave us email connected to our friends with a back up drive free, gave us android OS for tablets and phones that work very nicely.

What did Micro$lop offer? It upgraded hotmail to compete with gmail. it gave us win8, a total failure for PC's so they (as they thought if they actually think) could compete with the growing tablet and phone market.

Basically Microsoft failed since they did not encourage independent thinking to develop new products and new markets and were basically a look and see what is going and come up with a good imitation.

Office 365? for what? I can get OpenOffice, LibreOffice and Kingsoft Office for free. why should I pay for MicroSlop?

It was not Balmer that failed but the whole M$ mentallity that failed to actually think and in its stead, preferred to follow the market. That is where the failure was and still is.
Reply  |  Post Message  |  Messages List  |  Start a Board

Steve Ballmer started the transition to the cloud, but it was going to take a different kind of personality to complete it. He had one foot in the old school of make the customer conform to what you want versus the new world of giving customers the opportunity do what they want. Amazon Web Services, Google, Rackspace, SoftLayer open up vast possibilties for what the customer wants to do for minimal upfront costs.
Reply  |  Post Message  |  Messages List  |  Start a Board
Page 1 / 4   >   >>
Editors' Choice
Hot Topics