View from the Edge: Clear or Cloudy? - InformationWeek

Organizations across industries are extending their infrastructures outward to enable IoT, but not all of them are able to use data as well as they'd hoped.
Image: Kerenby - stock.adobe.com

The Internet of Things brings with it many challenges. While there's considerable hype about all the wonderful things organizations can do with the data, some organizations are struggling to meet their goals for IoT.

"ROI is the biggest challenge that many enterprises find troubling," said Arif Mustafa, director of CIO Advisory at global research firm Info-Tech Research Group. “The costs are definitely high. [In addition to] the sensors, you have to have a network infrastructure and integration because when you bring in IoT, not all of your sensors will be new. Some will be new, relying on modern protocols, but some of them are older, so when we look at the end-to-end deployment, the cost of these things adds up.”

IT organizations need to think about the architecture necessary to support IoT devices, including edge gateways. The gateway analyzes data at the edge, sending the meaningful information, such as a change in status, back to the enterprise.

"That gateway for edge analytics is something that we believe in very strongly," said Teresa Tung, managing director at Accenture. "[The gateway is] going to be that environment where I can summarize the data I need, where the data scientists can push down the models that they want to try to run on the high fidelity data just like I would push down a model to run in my data lake."

However, there are dangers in assuming that the data flowing from IoT devices is necessarily high quality data. 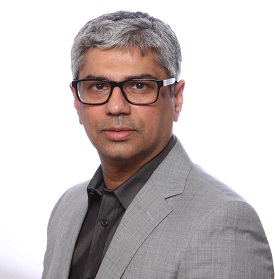 "You have to have proper monitoring because devices can have noise that impacts the data quality and what models will perform," said Info-Tech's Mustafa. "When you get AI integrated into it, it will solve a lot of the noise challenges we have with the data today, but it’s challenging at the moment."

There also are data connectivity challenges with other enterprise systems. "If you think about fragmentation of the devices and protocols and on top of it you have to integrate with legacy systems, connectivity becomes a challenge and it’s one of the biggest factors that should be taken into account," said Mustafa.

Scaling up from POCs to production

Moving from a proof of concept to production is often easier in theory than it is in practice. Part of the problem is learning how to deal with streaming data. For example, Accenture helped a client scale a pump health POC model to 5,500 devices in five months.

"We helped one of our clients develop an asset model for the pump. There was time series data coming in [which] would feed into models that project that forward, so you could get the health of the pump," said Accenture's Tung. "For every such asset, you could take that model, fit it and deploy it again, so very quickly we had more than 5,000 models that were making predictions every 10 minutes -- that's over half a million predictions a day."

Despite continuous warnings about implementing technology before having a business strategy that drives it, IoT is often approached from a technology perspective, which does not help ROI. There has been considerable investment in IoT-related architectures and data lakes without first thinking about the outcomes. Later, those very same organizations wonder why they're drowning in a sea of data that lacks context.

"If they didn't start with the business question and outcome to begin with, they're going to face challenges trying to justify that investment," said Tung. "It starts with the outcome, what do we want to do; and then based on what you want to do you might not even need to get the data. Maybe you have a different line of business in your company or an outside partner you can get the data from."

Another issue with a technology-first approach is the fact that multiple lines of business may be working in parallel on separate projects using different data standards, different devices and different clouds. The lack of a coherent strategy means that all of the related issues have to be resolved eventually, which is harder to do after the fact.

IoT and Industrial Internet of Things (IIoT) devices run the gambit between those in which security is built in and those that have not contemplated security adequately, if at all. Bolted-on security after the fact is less prudent than designing security in from the start, but some organizations are having to do that because they prioritized time to market over a level of product quality that includes cybersecurity.

“Privacy and security were not taken into account [when IoT devices first came out],” said Mustafa. “When artificial intelligence and IoT merge, that makes security even more complicated.” IoT devices may be compromised in a manner that provides access to the corporate network resulting in ransomware. The device's computing resources may be commandeered for DDoS attack purposes. In addition to cybersecurity threats, physical security can be an issue in some cases.

"If you look at IoT, there are a lot of moving parts [including] sensors, actuators, gateways, traffic between gateway and the cloud, so the more moving parts you have, the more exposures," said Mustafa. "There’s a concept of segmentation where you’re saying IoT is treated as a segment rather than being part of the big IT picture."

The data collected and stored on IoT devices may not be encrypted, or that unencrypted data might travel between an unsecure IoT device and a destination that also has not been secured. Plus, backdoors may exist.

Depending on the nature of the devices and the data they collect, various types of regulations may come into play, so governance policies should reflect that.

"Data governance is not something that you should back into once you have created a data privacy or security crisis," said Bob McQueen, industry consultant, Government Solutions for Teradata. "The strategy should be preplanned and incrementally developed as you develop your smart data management approach.  A common lesson learned regarding data in recent years is, 'just because you can do something, doesn't mean you should do it.'  Data governance addresses this statement completely by ensuring that you 'can', while avoiding what 'you shouldn't."

For more in the Internet of Things and edge computing check out these recent articles.

Changes in IT: From the Trenches to the Future

Why IoT Development is Heading to Agile

IoT Data: Get the Right Rights

Lisa Morgan is a freelance writer who covers big data and BI for InformationWeek. She has contributed articles, reports, and other types of content to various publications and sites ranging from SD Times to the Economist Intelligent Unit. Frequent areas of coverage include ... View Full Bio
We welcome your comments on this topic on our social media channels, or [contact us directly] with questions about the site.
Comment  |
Email This  |
Print  |
RSS
More Insights
Webcasts
The Experts Guide to Ransomware Response
Multi-Cloud Data Management for Modern Applications
More Webcasts
White Papers
Improve your business with a Virtual CISO
Cisco Threat Response
More White Papers
Reports
Protection Strategies for a Cyber-Resilient Organization
Accelerate Threat Resolutions with DNS
More Reports