0%
Tweet
Tell us the technology leaders who are changing your company or industry.

Leadership matters. That's why InformationWeek every year picks a CIO or other IT leader who's changing his or her company and industry through the creative, innovative use of technology.

That's a tall order, changing an industry. But over the years we've seen exceptional IT leaders drive exactly that level of change. Who should this year's Chief of the Year be? You can email me suggestions directly, or leave them in a comment below.

Here are the three most-recent Chiefs of the Year, and the industries they've shaken up:

Higher education: Last year, we recognized five CIOs in higher education, an industry on the edge of -- although often in denial about -- digital disruption. We honored Loretta Early, for example, for her work to bring the University of Oklahoma's scattered digital efforts under a single university initiative. We honored Gordon Wishon, CIO of Arizona State, which has become one of the most aggressive providers of online education, including a partnership with Starbucks that lets the retailer's employees complete their degrees online, with Starbucks paying the way.

Baseball: You've heard of Moneyball, the idea of using data analytics to pick the optimal players for a pro baseball team. But how about using analytics to get more fans into the stadium? That's an area where San Francisco Giants CIO Bill Schlough helped change his team's fortune. Schlough and the Giants were among the early adopters of dynamic ticket pricing, where a clunker game on an April Tuesday costs much less than a division showdown on a September Saturday. Many MLB teams now embrace dynamic pricing. 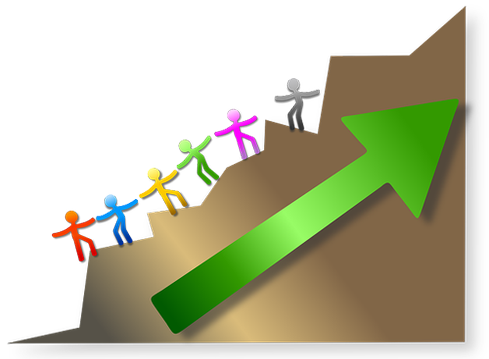 Coffee: OK, Starbucks changed the coffee industry long before Stephen Gillett arrived as CIO in 2008. But Gillett's IT and digital teams forced companies across many industries to rethink the role a "digital experience" plays in their businesses. Starbucks recognized early on that customers want a rich digital experience, from in-store WiFi to smartphone payments. When Gillett left Starbucks to lead Best Buy's digital efforts, Starbucks promoted two colleagues to replace him -- one to CIO, one to chief digital officer.

So which tech leaders inspire you today? Who should InformationWeek recognize as a cut above? Let us know in the comments field below or by sending an email to me at [email protected].

Chris Murphy is editor of InformationWeek and co-chair of the InformationWeek Conference. He has been covering technology leadership and CIO strategy issues for InformationWeek since 1999. Before that, he was editor of the Budapest Business Journal, a business newspaper in ... View Full Bio
We welcome your comments on this topic on our social media channels, or [contact us directly] with questions about the site.
Comment  |
Email This  |
Print  |
RSS
More Insights
Webcasts
Automating Security Functions in Your Enterprise
Deception: The Next Step In Cyber Defense
More Webcasts
White Papers
2020 Gartner Market Guide for Network Detection & Response
How You Can Evaluate Your Org's Cybersecurity Readiness
More White Papers
Reports
How IT Security Organizations are Attacking the Cybersecurity Problem
Email Security Threat Report 2020
More Reports

Surprised not to see any comments here. While I don't have a suggestion for CIO of the year myself, I certainly have some thoughts on the matter, and I should hope that most IT professionals would! I like your starting criteria a lot, Chris; Someone that needs to 'transform' an industry. We all know the story - someone innovates and it catches on like wildfire until it becomes an industry standard. That's what deserves credit. Anyone can happen to be on board for a year with high profit margins or even explosive company growth without being directly responsible.

These last couple of years, it really feels like IT has gotten back to hitting it's stride, doesn't it? After a period of extremely tight budgets and being forced into a more supportive role as a result of a tough economy, it seems like companies are ready to re-invest in IT as a strategic partner. For this reason, I see the competition being pretty fierce this year. That is, there are plenty of great candidates due to there being plenty of great innovations, but it's that much harder for any one of them to stand out. Lots of companies not traditionally thought of as technology-centric have made big and surprising moves this year; I think these are the ones to watch out for.
Reply  |  Post Message  |  Messages List  |  Start a Board
Editors' Choice
Hot Topics