3 comments
Comment Now
Breaking down the silos is critical in an enterprise IT strategy, and there are ways to get different IT and business groups on the same team. 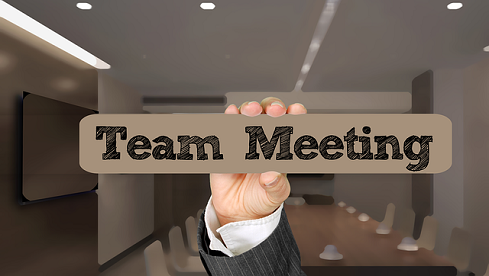 I would also add that future is not only cross-functional but for a long time it has been cross-cultural. Our software development team is traveling all the time and last week a dutch customer has made an interesting observation. He said that senior developer in Denmark is called someone who worked 10+ years in development. Whereas in some countries senior is a 3-5 years experienced programmer, who just can't get enough perspective during this time. But they treat it as cultural difference.
Reply  |  Post Message  |  Messages List  |  Start a Board

@Charlie. Interesting observation about those who saw the significance of Java. That was a timeframe when you really could see which IT people (and IT teams) "got it" in terms of the web. They were the ones who moved forward and looked for opportunities, while others merely survived (for a little while). It's a trend that we see with key technology advances. I remember being amazed when meeting CIOs who still didn't use a PC in the 1990s, a decade after many of their "end users". The mentality was that their secretaries did the typing.

Talk about embracing emerging tech. I interviewed the IT team at a medical devices company whose sales reps needed new tools to demonstrate their products to doctors -- in the very short timeslots that doctors allowed them -- and the IT team saw enough in the first iPad (graphics, instant on, connections to the enterprise apps) to place a huge first-day order.

IT pros don't have to be on a bleeding edge, but they do need to consider the possibilities that new tech present.
Reply  |  Post Message  |  Messages List  |  Start a Board

I remember how enthralled everyone in IT was when the Internet first emerged and it wasn't clear how IT jobs would adjust to it. Java came along at the same time and it wasn't difficult to enlist the more forward-thinking staffers in learning Java because it was viewed as a language that could be used  on the network. Cross-functional capability isn't easy. If it were, everyone would already be doing it. I suspect it will have to be associated with the future of IT in the same way as Java was before it becomes a common practice: the future is cross-functional and we'd better get there.
Reply  |  Post Message  |  Messages List  |  Start a Board
Editors' Choice
Hot Topics