Financial analyst firm Bernstein has estimated that at least 14,000 workers will be affected by IBM's Q1 job cuts. IBM has declined to provide details on the size of a "workforce rebalancing" effort, which employees have said began March 2.

A week after IBM began laying off workers as part of a "workforce rebalancing," a financial analyst firm has provided an estimate of how many jobs the company may end up cutting -- 14,000.

Early reports had said that a third of IBM's workforce was at risk for cuts, a number that IBM has since called "completely outlandish and untrue." IBM declined to provide an actual number of jobs targeted for cuts, but noted that the company hired 70,000 people in 2015 and currently has 25,000 open positions around the world, including in the US.

Now, Bernstein analyst A.M. (Toni) Sacconaghi has released an estimate that IBM's job cuts could total more than 14,000 in the first quarter. He shared the job cut estimate number in a report sent to Bernstein clients and members of the press on March 8. 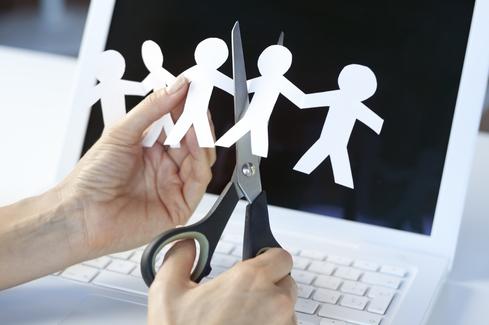 How did Bernstein and Sacconaghi arrive at the 14,000 number? Sacconaghi noted in his report that IBM has historically matched big one-time gains (such as asset sales) with workforce cuts. The gain is used to offset one-time costs related to the job cuts.

Think of it as an old-fashioned balance scale, with the one-time gain on one side and the job cut charges on the other side.

To arrive at the headcount job cut estimate, Bernstein took IBM's historical cost to cut one employee -- $70,000 -- and evaluated it based on a $1 billion gain that IBM has realized in conjunction with a settlement with the Japanese Tax Authority. The settlement was reported in the company's 10-K report, filed February 23. Bernstein noted that IBM's guidance for 2016 already includes the $1 billion Japanese Tax Authority settlement.

Sacconaghi wrote that the actual number of job cuts could end up being greater than 14,000, based on what affected employees are saying about the severance package this time around.

"Given various reports that IBM is providing much lower severance in this rebalancing (1 month vs. up to 6 months based on tenure historically), it is possible that the workforce reduction number could be materially higher than this estimate," Sacconaghi wrote in the report.

For affected workers, any layoff is traumatic and painful. It doesn't matter how big it is if you are the person getting the bad news. Currently, the Facebook page Watching IBM, run by Lee Conrad -- who also ran the now defunct [email protected] site -- is serving as a communication hub for workers who have gotten the bad news. Last week, Conrad told InformationWeek that he'd received hundreds of emails and hundreds of messages from affected employees.

The Bernstein report said IBM can achieve an annual savings of $1 billion in operating costs through this "workforce rebalancing," noting that according to Bernstein's estimate IBM "captures about 50% of the gross savings to its bottom line, as the company typically rehires employees in offshore locations."

So how is IBM making up that difference? With these Q1 cuts. IBM gains more in operating savings by completing all the cuts in Q1. Cuts made in Q2 will mean less in cost savings for the fiscal year, the Bernstein report noted.

Will IBM's "workforce rebalancing" save enough costs to deliver on IBM's guidance without hurting the company's operations? That answer remains to be seen, according to Sacconaghi. It's not a slam-dunk.

"While historically, IBM's workforce savings correlated strongly with improving margins, this has not been the case for the company over the last two years, where despite very large cost savings hitting its income statement, IBM's operating margins have contracted meaningfully," he wrote. "Accordingly, investors should be careful in assuming that IBM's incremental restructuring savings will necessarily translate into margin improvement."

Jessica Davis is a Senior Editor at InformationWeek. She covers enterprise IT leadership, careers, artificial intelligence, data and analytics, and enterprise software. She has spent a career covering the intersection of business and technology. Follow her on twitter: ... View Full Bio
We welcome your comments on this topic on our social media channels, or [contact us directly] with questions about the site.
Comment  |
Email This  |
Print  |
RSS
More Insights
Webcasts
Making XDR Work in Your Enterprise - May 12
Multi-Cloud Data Management for Modern Applications
More Webcasts
White Papers
Brand Protection During a Global Pandemic
The InformationWeek 2021 State of ITOps and SecOps Report
More White Papers
Reports
The State of Cybersecurity Incident Response
Are We Cyber-Resilient? The Key Question Every Organization Must Answer
More Reports