IDC: Global IT Spending Slashed To $2.3 Trillion In 2016 - InformationWeek

Worldwide tech spending is expected to take a huge hit in 2016, with China posting its first-ever annual decline, according to an IDC report.

Global IT spending is expected to slow dramatically in 2016, with China expected to record its first decline ever, according to an IDC report released Wednesday.

The industry is expected to take a hit as emerging markets retract under economic weakness and the smartphone market becomes saturated, according to IDC.

But while other regions in the world are expected to post significantly slower growth this year, the US is expected to maintain its 4% annual increase in IT spending for the fourth consecutive year. Purchases of third-platform solutions tied to big data, cloud, mobile, and social technologies are expected to help the US continue to post IT spending increases through this year, as well as next year, according to IDC, which labeled the 4% growth as the "new normal." 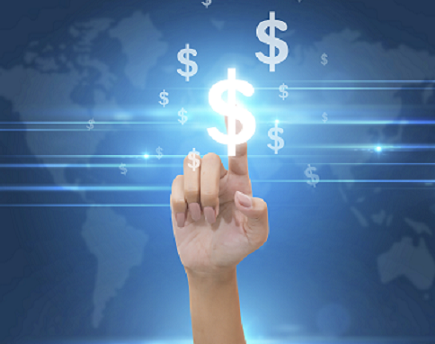 "Aside from exchange rate volatility, IT spending has been relatively stable for the past five years," Stephen Minton, vice president of IDC's Customer Insights and Analysis group, said in a statement. "A solid PC upgrade cycle in 2014 was followed by a major cycle of infrastructure spending in 2015, mostly driven by cloud."

Cloud infrastructure spending on rose 16% for servers and 10% for storage systems last year, with enterprise software and hosted solutions growing 7%.

But economic weakness in the emerging markets of Brazil, Russia, India, and China are expected to temper worldwide IT spending growth in 2016, with an overall increase of just 1%, according to IDC.

China, which has been a large growth driver for IT spending, is expected to post its first annual decline, with a 0.3% drop over the previous year. That's a sharp contrast to the 11% growth rate the country enjoyed last year, largely attributed to a rise in smartphone and cloud infrastructure sales.

But with increasing saturation in the smartphone market in China, along with declining PC sales and softening IT spending on servers, storage, and peripherals, the region is more susceptible to volatile swings in capital spending, because hardware markets tend to be more affected by economic turbulence.

India, while still expected to post impressive growth of 8% this year, is not going to maintain its double-digit growth of 13% last year. That country is also expected to feel the effects of a PC slowdown.

"India's current importance to many IT vendors in some ways mirrors the importance of China a decade ago. Although the overall market is still much smaller than China, India's expected rate of growth will see it overtake Australia and Canada to enter the top 10 largest IT markets by 2020," Minton said.

Europe is expected to post a small increase of 1% in IT spending this year, a nominal rise compared with the 5% growth encountered last year, according to IDC. A combination of a maturing smartphone market and a slowdown in the double-digit growth in infrastructure spending is expected to hit the market.

Dawn Kawamoto is an Associate Editor for Dark Reading, where she covers cybersecurity news and trends. She is an award-winning journalist who has written and edited technology, management, leadership, career, finance, and innovation stories for such publications as CNET's ... View Full Bio
We welcome your comments on this topic on our social media channels, or [contact us directly] with questions about the site.
Comment  |
Email This  |
Print  |
RSS
More Insights
Webcasts
Making XDR Work in Your Enterprise - May 12
Data Center Network Operations (NetOps) Reimagined
More Webcasts
White Papers
Using Farsight Passive DNS for Incident Response
The Microsoft Teams Telephony User Experience
More White Papers
Reports
The InformationWeek 2021 State of ITOps and SecOps Report
Protection Strategies for a Cyber-Resilient Organization
More Reports