IT Budget Staying The Same? Here's What To Do Differently In 2017 - InformationWeek

If your IT budget is staying flat, there are techniques for getting more bang from the same bucks in a new age of IT.

So you’re not getting another thin dime for your 2017 IT budget? So it’ll be business as usual in 2017? Well, maybe, but maybe not. There are a few things to think about before you spend that hard-won cash.

Look a bit further ahead

If you’re like many IT teams, you’ve seen a drop in human capital investment over the past few years, right? Fewer conferences, fewer training classes; that kind of thing. Probably everyone has known for years that it’s not a sustainable pattern. You can only kick a lack of education down the road for so long. Well, for many IT teams, that time has come, and passed a bit. Are you stuck on years-old technology in part because your team doesn’t know how to support newer stuff?

That’s possibly the least of your problems, because an uneducated team doesn’t even know what’s out there, today. They can’t help you solve new problems, research new solutions or recognize new opportunities. Now, if you’re blessed with a bevvy of IT pros who can self-learn their way out of any situation, that's awesome. Give them a pay raise. But if not, now’s the time to start thinking of the road ahead, and making sure you’re skilled up for it.

But simply sending people to conferences and classes isn’t the answer. These training expenses were easy to eliminate or cut back only because they were not seen as contributions to the overall organizational mission. That’s a problem. Start making educational efforts actionable. Ask staffers for written wrap-up reports of conferences, knowledge transfer sessions after classes and so on. Sure, rely on certification exams as appropriate, but also look for skill assessments and other tools to make sure training is sticking. 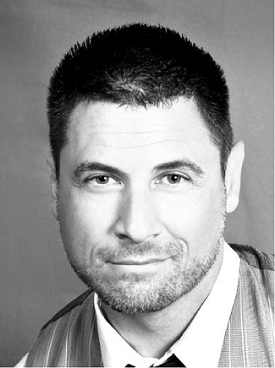 I know, your organization is in a special situation and can’t use cloud services. Except, if you think that, you haven’t kept up on your cloud education, because that’s never globally the entire truth for an entire organization.

Cloud services are a wonderful way to cut back on capital expenditures by turning them into operational expenses that sometimes can be moved off IT’s books. If you are looking at buying new servers, see what could be outsourced to the cloud to free up room on existing assets. Basic websites, communications, and even certain collaboration tasks are easily outsourced, reducing the need for years of depreciation and heavy budget hits.

Don’t hold the line on security

Don’t hold the line, advance the line. If it comes down to spending on security or spending on something that will make the company a million bucks, argue hard and loud for security so you don't get your business into a security nightmare. If you’re not already in a really solid security posture -- internal firewalled network segments, global two-factor authentication and regular internal pen-tests -- then you should fight tooth and nail to go without new features or services, and, instead, shore up that security situation.

“Business as usual” is what gets you hacked. If you think, “We don’t have anything anyone would want to hack,” then you’re not thinking clearly. You do, and they will, if they haven’t already.

We’re at another IT inflection point

Operationally, IT is at what will come to be known as a major inflection point. Outsourcing certain functions to cloud services isn’t some novel thing; it’s a normal way of doing business. Security isn’t a specialized discipline, it’s a daily, global concern. Operational philosophies like DevOps aren’t new, they’re tried and tested. The way we ran IT just five years ago is making less and less sense in the current marketplace, and the way we spent IT budget back then doesn’t make sense now, either.

It’s time to get your organization to drastically re-think what IT money is worth, what it can buy you, and where it should be spent. The times, they are a changin’, and they have been for some years now. What was bleeding edge in 2011 is mainstream now, so make sure your IT spend reflects that new reality.

The InformationWeek community brings together IT practitioners and industry experts with IT advice, education, and opinions. We strive to highlight technology executives and subject matter experts and use their knowledge and experiences to help our audience of IT ... View Full Bio
We welcome your comments on this topic on our social media channels, or [contact us directly] with questions about the site.
Comment  |
Email This  |
Print  |
RSS
More Insights
Webcasts
Unifying Your Endpoint Security Strategy
Using Cyber Underground & Blockchain Intel to Stop Cyber Attacks
More Webcasts
White Papers
Using Zero Trust to Protect Today's Remote Workforce
GRC Buyer's Guide - 5 Steps to Success
More White Papers
Reports
Proven Success Factors for Endpoint Security
The State of Malware Threats
More Reports