Diversity and inclusion require problem identification and problem-solving, two skills that IT professionals are actually really great at.

As she walked out onto the keynote stage at Interop ITX, one of the longest standing IT industry events, she looked out onto a sea of predominantly white males. But instead of homogeneity, she saw potential.

"I speak to a lot of crowds [about diversity and inclusion], but not often to people in the problem solving and problem identification solving business,” said Sanchez, CEO and Founder of Vaya Consulting as she opened the Interop ITX keynote panel on Wednesday, “Building an Equitable Workplace.”

“Problem identification and problem-solving are what diversity and inclusion are about," said Sanchez. Thankfully, these are the exact skills IT professionals excel at.

The presentation looked at three different aspects of diversity and inclusion: hiring, sponsorship or day-to-day advocation, and remote employment and exposure. All the presenters shared how inclusion is not only good for society, but for business as well.

Beyond inclusion, Sanchez said that there’s a strong business case for diversity even beyond revenue growth, “If you mostly work with people that have a lot in common with you, you’re going to miss your opportunity for innovation in the next generation,” said Sanchez.

“Despite our best efforts as a sector, inclusion rates are still in the single digits for non-white folks (excluding Asians),” said Sanchez.

“By the year 2040, people of color will be in the majority. We have to be thinking about the future, not just the present,” said Sanchez. The good news is that the answers to building diversity into companies are actually knowable. “It’s proven, there’s data behind how you do it,” said Sanchez. 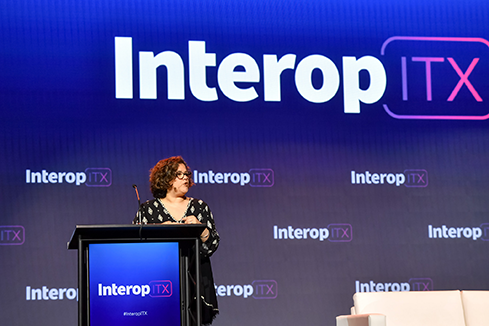 Diversity Does Not Mean Lowering the Bar

When we think of diversity or inclusion, we often hear, “We don’t want to lower the bar,” said Aubrey Blanche, global head of Diversity & Inclusion for Atlassian. However, Blanche went on to say that in the realm of social science, “homogeneity is a sign of inconsistent or lower standards.”

Through an analysis and overhaul of Atlassian’s hiring practices, Blanche helped their business go from 11.5% female technical representation in July 2015 to a 2017 graduate class that was 57% female, while their U.S.-based interns were 33% Black and/or Latinx.

Blanche said it’s important to look at the language you use to talk about your company and describe open positions.

“Clichés fare worse with people of color,” said Blanche. “This language was developed in predominantly white spaces so [to a person of color] it says you might not belong here, you might not thrive here.” It’s a warning of the lack of inclusion that may already exist in the company.

She also said it’s important to take a hard look at how you represent your company on your career pages. “If you have more dogs than people of color on your pages, you’ve got a problem.”

Inclusion Isn’t Just a Survey or a One Day Workshop

While that number sent chills down the spines of all the women in the room (and probably some men too), she said that sponsorship can help bring that number down.

“A mentor stands beside you and talks with you,” said Tabour. “[A sponsor will] expend their own personal capital to help you get what you need to advance … A sponsor will ask the tough questions on your behalf and protect you.”

“At EY we believe gender diversity is good not just for business but the overall economy.” The data proves it. Tabour clicked to a slide that said that if 30% of your leadership staff is female that can add up to 6 percentage points in net margin.

“If you are in a position of power, sponsor the high performing women in your organization,” said Tabour. 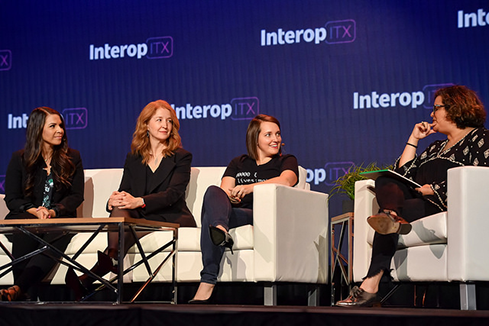 Don’t Let Out of Sight Be Out of Mind

The final presenter, Heather Doshay, VP of People for Rainforest QA, talked about an issue that affects a growing segment of the IT workforce, remote employment, and visibility of those employees.

Rainforest QA did a survey of their employees and found that the remote employees were significantly less engaged than the onsite employees. Or so they thought.

They decided to do a test to find out what was up.

Doshay said that they reached out to LifeLabs Remote Experience Audit to create indexes all of the things that are important to remote work. “We asked our team: How well are we doing these things?” said Doshay.

Rainforest QA split their onsite team into two groups, each going remote for one week.

The result was that people felt empathy and appreciation for both types of work, and that improved the perception of how remote work was done, said Doshay. “Acknowledgement is a big piece for remote workers, and they don’t always have the same access to learning opportunities.”

“The most exciting part,” said Doshay, “was when we did promotions the following spring, our remote people were actually promoted at a higher rate. The experiment changed the honest to goodness outcomes of how our teams operate.”

Emily Johnson is the digital content editor for InformationWeek. Prior to this role, Emily worked within UBM America's technology group as an associate editor on their content marketing team. Emily started her career at UBM in 2011 and spent four and a half years in content ... View Full Bio
We welcome your comments on this topic on our social media channels, or [contact us directly] with questions about the site.
Comment  |
Email This  |
Print  |
RSS
More Insights
Webcasts
Monitoring Critical Cloud Workloads
4 Practical Tips for Building a Data Lake
More Webcasts
White Papers
The State of Zero Trust Security Strategies
Bandura Threat Intel Integrations Infographic
More White Papers
Reports
Intelligent Outcomes Are Key to Business Resilience
The State of Cybersecurity Incident Response
More Reports