Robotic process automation offers enterprises a way to leapfrog to the benefits of digital transformation. Here are 10 vendors that can help in your efforts. 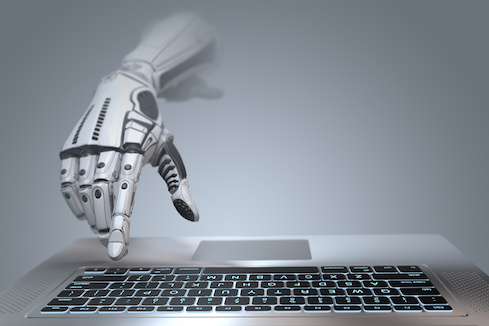 Robotic process automation is hot right now. Here's one reason why. RPA is viewed as a shortcut workaround way to achieve the benefits of digital transformation incrementally, as each bot is implemented, rather than waiting for a multi-year migration or upgrade to be completed before realizing the benefits. RPA enables organizations to automate repetitive tasks that slow down work and workers.

Gartner says that RPA is the fastest-growing software subsegment officially tracked by the company, with year-over-year growth of 63%.

RPA software can be used to automate any number of tasks. For instance, it can move data in or out of third-party application systems, therefore serving as the rescuer of siloed information. That's because it can connect the data of two applications that may come from two different groups inside a company or even two competing vendors. RPA can also extract information from documents or systems and prepare it for the workers who need it.

"There are a great many opportunities for RPA tools to deliver significant value to enterprises struggling to leverage a patchwork of existing systems," Gartner said in its first ever Magic Quadrant report about RPA vendors and systems, published in June 2019. "At the core, they help organizations unlock the data and value associated with their historical technology documents."

Forrester Research released its most recent Wave report for RPA last year, and in it the company noted that, "Application control features are now table stakes. Security, desktop analytics, multitenancy, design ease, and deployment efficiency make products stand out," the company said in its 2018 report. But more sophisticated features are expected to emerge in the near future, according to Forrester.

"As RPA matures, analytics will dictate which providers lead the pack," the Forrester Wave report states. "Vendors that provide text analytics, artificial intelligence component integrations, process analytics, and surface automation based on computer vision will position themselves to deliver successfully.

Another indicator of how hot the market is right now is the fact that two of the companies listed by Forrester and Gartner in their reports have since been acquired. They include  Thoughtonomy (acquired by Blue Prism), Contextor (acquired by SAP).

InformationWeek has read the analyst reports, researched RPA company documents, and interviewed some of the top RPA providers. Here's a look at RPA providers for enterprises to watch and consider. 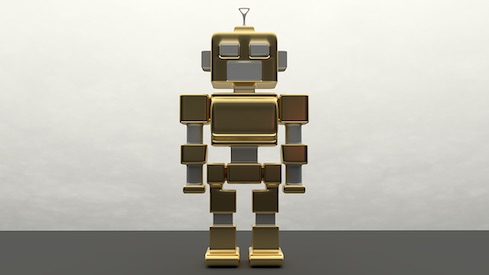 UIPath is one of the top companies in the category, classified as a leader by both Gartner and Forrester. There are three key components to the platform. The UIPath Studio provides an environment where business analysts or RPA developers can build processes with a drag and drop user interface. The second component is the robots created by developers using the studio. The third part is the Orchestrator, which is a central console that provides a view of all the robot operations to the person who manages them.

UIPath is available both on-premises and in the cloud. The company offers a certification program to get workers up to speed with the platform. Like many companies in the RPA category, UIPath offers a trial option for anyone who wants to give it a test run.

UIPath claims about 4,000 customers including 8 of the top 10 Fortune companies. It operates in 200 countries and has more than 2,700 employees. It was originally founded in Bucharest, Romania, but now operates its world headquarters out of New York. 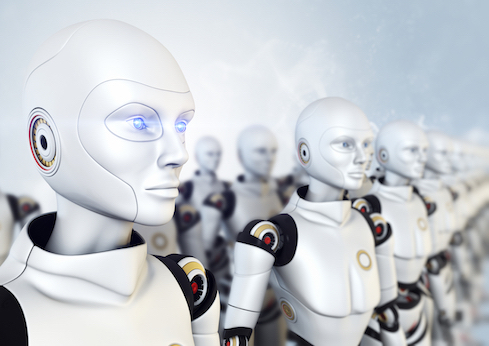 Also a leader, according to both Forrester and Gartner, San Jose, California-based Automation Anywhere claims more than 2,800 customers and 1,600 enterprise brands using its AI-enabled platform. Its main vertical markets are banking and capital markets, high-tech and telecom, and healthcare and pharma, according to Forrester. The company recently announced the acquisition of Paris-based Klevops, which the company said will alter the dynamics between attended and unattended automation.

At the same time, the company introduced Attended Automation 2.0, an update that enables several employees to orchestrate attended automation tasks across multiple groups of employees and multiple bots.

Automation Anywhere has over 1,200 employees. Like many other providers of RPA, it offers a free limited version of its technology, enabling organizations to try the tech before they commit. 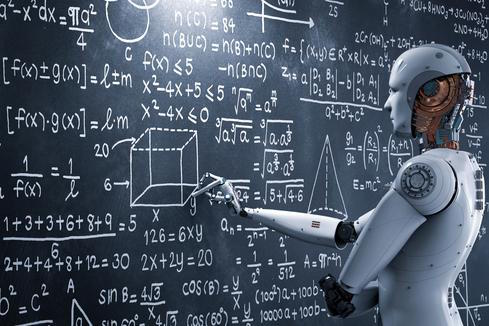 Blue Prism, also named a leader by both Forrester and Gartner, was founded by a couple of IT pros in the finance vertical who had been building solutions for Barclays but went on to create their own company to take RPA technology capabilities to the world. It is one of the few publicly-held RPA companies, and it reported revenue of more than 25 million British pounds in 2018, representing growth of more than double. Blue Prism put a heavy focus on certification and training partner developers in 2017, according to Forrester. The company also works with major cloud providers, including AWS and Google, and recently announced a free cloud trial on Microsoft Azure.

Blue Prism acquired Thoughtonomy in a deal that is expected to help Blue Prism expand as a turnkey SaaS offering based on Microsoft Azure. The company said the deal will help accelerate deployment across market verticals and into mid-tier enterprises. The company has close to 500 employees. 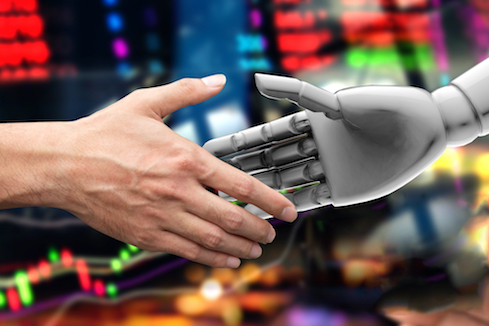 WorkFusion got its start in 2012 with an MIT research project that evolved into software that uses statistical quality control and machine learning to orchestrate work. Those machine learning origins are unique in the RPA market, according to Forrester, which noted that most other providers began with an RPA focus. Since those origins, New York-based WorkFusion has created an integrated RPA and cognitive automation platform called Smart Process Automation. The company's free version, RPA Express, lets users download and try the technology. Last year WorkFusion also introduced RPA Express Pro designed to enable RPA Express customers to upgrade to enterprise-level technology.

Meanwhile, the company also offers a range of other products for the modern enterprise, including Process AutoML, designed to help data scientists and others with the most time-consuming task: cleansing data. The technology also helps with training models and validating automated work. Together, these functions make AI a capability for business people, according to WorkFusion. Gartner's report said that WorkFusion "showed superior capabilities and vision with regard to how AI and machine learning can be used in the context of RPA." WorkFusion is in Gartner's Visionaries quadrant and Forrester's Strong Contenders tier. It has about 300 employees. 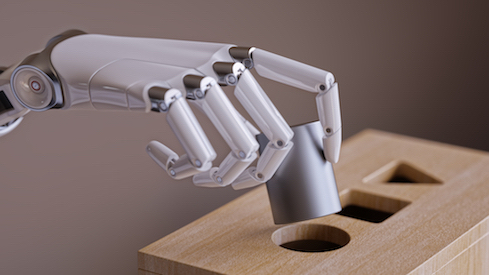 Bangalore-based EdgeVerve is a wholly owned subsidiary of Infosys. In August 2019 it released version 18.0 of its AssistEdge RPA platform, and then the company launched a cloud version of its technology in July. The platform offers a modern graphical user interface, and customers say it is easy to use, according to the Gartner report. EdgeVerve is in Gartner's Challengers quadrant and in Forrester's Strong Performers tier. 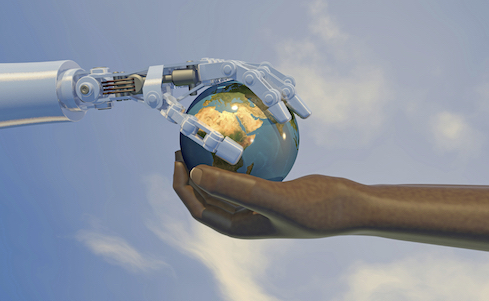 Hoboken, New Jersey-based NICE released its Robotic Process Automation version 7.1 platform in July. The newest version of the platform adds capabilities that include AI-driven automation discovery for identifying subprocesses, proactive identification of automation workflows and connectivity issues, and dashboards, among other features. In the last year the company has released NEVA, the NICE Employee Virtual Attendant, an Automation Finder discovery tool, an Automation Studio for cloud-based drag-and-drop custom automation creation. RPA is one of a handful of product categories at NICE.

NICE is among just a few publicly-held RPA companies, but RPA is among a handful of technologies it offers. It is listed on the Tel Aviv Stock Exchange. The company reported revenue growth of 8% in the calendar year 2018 compared to the previous year. Cloud revenue grew even faster at 28% year over year.  NICE is in Gartner's Challengers quadrant and in Forrester's Strong Performers tier. 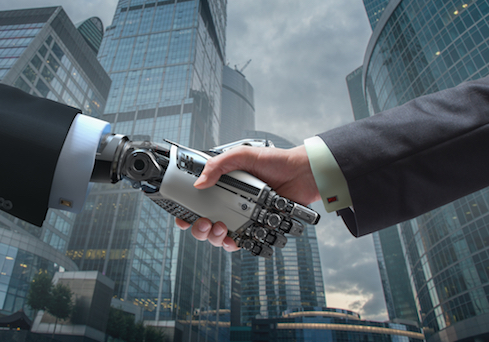 Cambridge, Massachusetts-based Pegasystems was best known for its business process management technology, but got into the RPA market with the acquisition of Atlanta-based RPA provider OpenSpan in 2016. "RPA is more of a spoke to Pegasystems than a hub," Forrester said in its Wave report. The company offers a stand-alone RPA product and also offers RPA as a feature of its enterprise intelligent business process management suite. Both are offered both on-premises and in the cloud through the company's Pegasystems Infinity offering. Pegasystems is in Gartner's Visionaries quadrant and Forrester's Strong Performers tier. 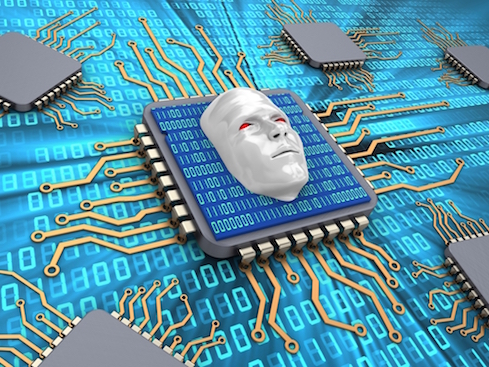 While there are several other RPA vendors and startups out there, we've chosen just three more to check out. Here are the final three.

Based in Germany, Another Monday recently launched offices in the U.S., but still sells its RPA platform mainly to the German-speaking regions of Europe, according to Gartner. The company provides an enterprise platform for governance of bots, and plans to extend its capabilities to monitoring and control of third party bots, too. This one is in Forrester's Contenders tier and Gartner's Visionaries quadrant

Based in Irvine, California, Kofax offers RPA plus a number of other technologies such as a business process management platform and machine learning and analysis tools. The company got into the market after acquiring Kapow in 2012, which included web API technology that gathers and processes data from internal and external sites. Today's technology includes RoboServers that can be deployed via Docker containers, which is more cost effective than traditional deployments using managed virtual machines, according to Forrester. Gartner puts this company in the Niche Players quadrant, and Forrester places it in the Strong Performers tier.

Kryon is a growing player that won its most recent round of venture funding in February. Based in Tel Aviv, the company is focused on global expansion and further development of its technology platform. Forrester and Gartner both say the company's customers number only about 100, but the company lists AIG, American Express, Santander Bank, and Wyndham Hotel Group among them. Kryon is in Forrester's Strong Performers tier. Gartner has placed the company in its Niche Players quadrant.

Robotic Process Automation: Is It Ready for Big Business?

Jessica Davis is a Senior Editor at InformationWeek. She covers enterprise IT leadership, careers, artificial intelligence, data and analytics, and enterprise software. She has spent a career covering the intersection of business and technology. Follow her on twitter: ... View Full Bio
We welcome your comments on this topic on our social media channels, or [contact us directly] with questions about the site.
Comment  |
Email This  |
Print  |
RSS
More Insights
Webcasts
Building Asset Management into Your Enterprise Security Strategy
Managing a Hybrid Cloud Infrastructure
More Webcasts
White Papers
Cloud Threats Are Different, Your Security Should Be Too
Identify Threats 82% Faster: The Value of Threat Intelligence with DomainTools
More White Papers
Reports
2021 Top Enterprise IT Trends - Network Computing
Are Unprotected Cloud Databases Leaking Your Data?
More Reports
Copyright © 2021 UBM Electronics, A UBM company, All rights reserved. Privacy Policy | Terms of Service