7 comments
Comment Now
We hand-picked these 20 real-world projects from among the InformationWeek Elite 100 winners, looking for ideas that would spark new thinking in your IT organizations. 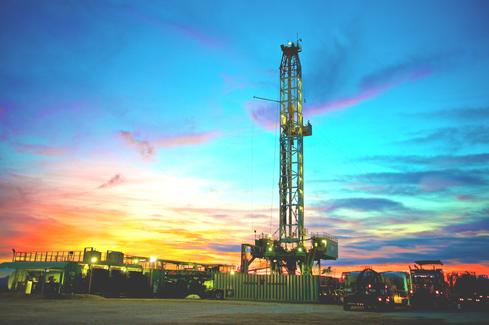 ConocoPhillips is collecting and analyzing data to understand how effectively it's using new hydraulic stimulation (fracking) techniques to tap unconventional oil fields, such as the Eagle Ford shale formation in South Texas. Distributing fractures too far apart leaves oil behind, while putting them too close together adds significant and unnecessary costs.

ConocoPhillips has been collecting and analyzing subsurface data, but the data is both huge and dispersed. Data from one well can include upwards of 100 million records, and data is received in different file formats and delivery mechanisms. The company felt it needed an interactive, merged database to conduct more advanced analytics.

To create such a database, a joint geoscience-IT team in Eagle Ford catalogued all the data that might indicate where fractures are going, and then created a data model that could logically combine geological, geophysical, and engineering data from discipline-specific silos. The resulting data warehouse system includes innovations such as greater automation of quality control to fix duplicate data and scientific notation.

Once ConocoPhillips had a rich, trusted dataset in a single database, the limiting factor for analysis became a visual and statistical analysis tool to help draw conclusions from the data. So the company created a proprietary system it calls the Collaborative Analytics and Visualization Environment (CAVE), which relies heavily on business intelligence (BI) systems and services. With CAVE, the team eliminated domain-specific analysis applications that functioned well, but didn't provide an integration platform. The BI system also lets users interact with data outside their areas of expertise and view the complex process as a whole. One feature of CAVE is a calendar that shows events that occurred during hydraulic stimulation, minute-by-minute.

Using CAVE, scientists can test hypotheses by quickly isolating and evaluating key variables within the vast database. Geoscientists can develop new analytical methods and techniques within CAVE. The use of CAVE to better understand the fractures and their associated drainage volume was instrumental in the company's decision to significantly reduce well spacing in Eagle Ford. This spacing change increased ConocoPhillips's available oil and gas reserves and drilling locations. Based on this success, the company is replicating the CAVE database and development process across its operations in other unconventional fields to unlock previously inaccessible resources and improve its operating efficiency.

I don't understand why people feel they always need to be "connected".  When I go on a trip, whether a camping trip, bare-boat sailing, canoe trip..etc..  The last thing I think about is being connected. The whole purpose of getting away is to disconnect.   But I guess being on a cruise ship is more like staying at a hotel watching the water float by. Your not going there to disconnect, rather, to take selfies to email back home to try and make people jealous who are freezing in the snow
Reply  |  Post Message  |  Messages List  |  Start a Board

The text message from the Hotel saying a room is now available is good, with a link to give you turn by turn directions on how to get there is better.  To have an app that  informs the Hotel (form your real time location) that you now are arriving and to say hello Mr. Tapscott here is your room number and key, clearly best.
Reply  |  Post Message  |  Messages List  |  Start a Board

Using texts to verify people are home before diliver is brilliant. I can't tell you how many times I've had to deal with getting a package that I had to go back to the warehouse for or had rotting out on the front stoop all afternoon. While it does involve tech, it's something of a low tech solution to a real problem from both a company and customer point of view.
Reply  |  Post Message  |  Messages List  |  Start a Board

I think its a great move by Paypal to switch from Waterfall to Agile. I think its a well established company and they have been a little late on this but nevertheless they have opted for Agile and it has also given good results.
Reply  |  Post Message  |  Messages List  |  Start a Board

@[email protected] In the case of the person I spoke with, he was relying on staying connected to check in on business things. So he had a lot more to lose out on than not posting his vacation pics in real time.
Reply  |  Post Message  |  Messages List  |  Start a Board

Internet on cruise , wow ! Just loved it. Sharing my snaps on the social while I am enjoying and keeping my friends update. Google's new project will make the internet availability more interesting.
Reply  |  Post Message  |  Messages List  |  Start a Board

<Royal Caribbean is using a new, low-orbiting satellite system to offer, in the middle of the sea, the same kind of high-speed and low-latency Internet access that people get onshore -- and at a much lower cost than has been available at sea before. >

I've never taken a cruise myself, but I interviewed someone just after he finished one. His main complaint was that he couldn't get Internet access for days. The ship was supposed to have had it, so he was very disappointed and put out. If Royal Carribean is touting this, they had better be able to deliver.
Reply  |  Post Message  |  Messages List  |  Start a Board
Editors' Choice
Hot Topics