Facebook's renewed focus on privacy brought new settings and apps to the social network in 2014. Check out the settings you should review. 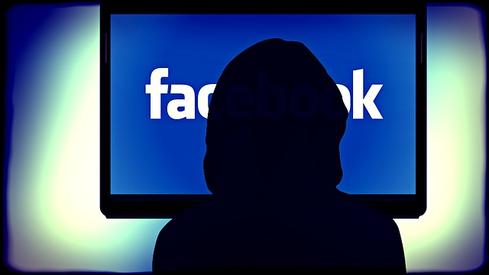 "People have really gotten comfortable not only sharing more information and different kinds, but more openly and with more people," he said in early 2010. "That social norm is something that has evolved over time. We view it as our role in the system to constantly be innovating and updating what our system is to reflect what the current social norms are."

Zuckerberg's comment came a month after Facebook moved forward with drastic changes to its privacy settings. It made users' name, gender, profile pictures, current city, networks, and friend lists all publicly available, meaning anyone -- both on and off the social network -- could view them.

Four years later, those social norms surrounding privacy, openness, and sharing flipped -- and Facebook responded. In a conference call with investors this past July, Zuckerberg acknowledged that users wanted more privacy, and Facebook took action over the following months.

"At some level, there are only so many photos you're going to want to share with all your friends," Zuckerberg said.

In 2014, Facebook has demonstrated a renewed focus on privacy. The social network introduced new apps, settings, and features focused on increased privacy and sharing with more intimate audiences.

In March, it debuted the privacy dinosaur that makes new users aware when they might be sharing with a broader audience than they intended. Then came the new Anonymous Login feature, which lets users sign into apps without sharing personal information; a bookmarking feature to privately save content to read later; and a privacy checkup tool, which helps you review and control the content you share.

It also launched Facebook Rooms, an app inspired by throwback Web communities where users can post photos, videos, and messages under the guise of a pseudonym. It reportedly has an app in the works code-named Moments that makes it easier to share stuff on Facebook with specific groups of friends.

Most recently, the social network simplified and shortened its privacy policies to make them easier for users to understand and added a new dashboard where you can find answers to frequently asked questions about Facebook.

"Over the past year, we've introduced new features and controls to help you get more out of Facebook, and listened to people who have asked us to better explain how we get and use information," said Facebook's chief privacy officer, Erin Egan.

But while the social network has made strides in improving privacy this year, its settings and policies are still far from perfect, often causing confusion among users. Here's a look at the top eight Facebook privacy settings you should review to start off 2015 on the right foot.

One problem with apps' ToS is they can change without much notice. In some cases, you might get an email. Facebook is pretty good: They usually plaster notices all over the site warning users that a change is coming or has happened so users can -- and should -- check out the new terms to see how they affect them, what tweaks users need to make, or whether they are so intrusive that users should stop using the site all together (which has happened with some friends in the past). But I'd say, unscientifically, Facebook is the exception. When a developer uses an alternate means -- like email -- to communicate its changes, I find that a bit underhanded. It should use its own forum -- the app itself -- to widely broadcast changes so users can make informed decisions. And changes shouldn't be shrouded in legalese. As soon as I start reading a ToS that requires a law degree, I avoid that app.

For example, I used to like a shopping rewards app. Sure, I realized the app knew where I was because it gave points when I logged in to a store. But I had to proactively log in. In its second iteration, however, I waded through the legalese enough to eventually figure out the app wanted 'always on' rights -- including access to my microphone! I immediately deleted the app for obvious reasons.
Reply  |  Post Message  |  Messages List  |  Start a Board

Thanks Alison! I get many questions from readers (and friends/family as their de facto IT person) and it always strikes me how often the question "How do I know which photos are private?" still comes up. That seems to be a perennial problem, even though it's been years since they last tweaked that setting.
Reply  |  Post Message  |  Messages List  |  Start a Board

I think I'm pretty savvy about Facebook but, once again, I learned something new from you, @Kristin! Thanks for another informative slideshow on social media privacy tips. Keep them coming as often as the sites change the rules! You know what I'll be up to after work (for me AND my family, as the de facto IT person).
Reply  |  Post Message  |  Messages List  |  Start a Board

@Laurianne -- only you can see your FB search history.
Reply  |  Post Message  |  Messages List  |  Start a Board

Who can see your FB search history? Can friends?
Reply  |  Post Message  |  Messages List  |  Start a Board
InformationWeek Is Getting an Upgrade!