Google plans to end its work on Project Maven, a US Department of Defense drone imaging and AI program. Google told employees about the decision in early June after several employees had already quit the company in protest.

The case raises an important question. Do IT workers, software developers, and other technology professionals have a moral or ethical obligation to society that goes beyond their allegiance to their employers? If employees do have an issue with something their employer does, do they have any recourse? 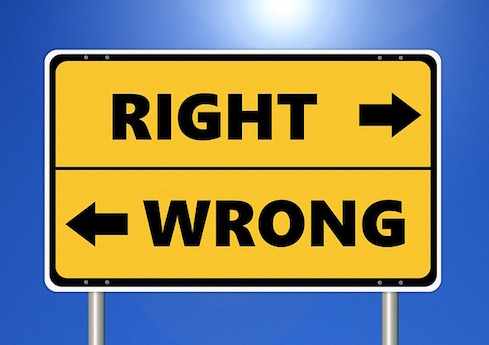 That's among the types of questions that the ACM (Association for Computing Machinery) hopes to address with an update to its code of ethics. The organization last updated its code of ethics in 1992 a very long time ago indeed when it comes to how far computer and software development has evolved. For instance, the first line-mode web browser (forget about any cat videos) was launched in 1992.

Among the goals of the newly updated code is to give ACM members something to take to their employers if they are faced with an ethical dilemma like that one that faced Google developers in their development work. That's according to Marty Wolf, co-chair of the ACM Committee on Professional Ethics and a professor of computer science at Bemidji State University in Minnesota. He spoke with InformationWeek in an interview.

Wolf acknowledged that technology continues to progress at an ever-faster rate. Also, technology may be designed for one purpose but then evolve to serve a new purpose that had never been envisioned by its original creators. The new code addresses those concerns.

"There is a need for people to pay attention to how the systems are being used and how that changes," Wolf told InformationWeek. "The code now acknowledges that we are charting new territory on a regular basis."

Consider AI and machine learning, for instance. While some top executives such as SAS CTO Oliver Schabenberger believe concern over these technologies may be overblown, others such as Tesla CEO Elon Musk have expressed concern about the potential for such technologies to do harm. Then there are the other hazards we've already seen with machine learning. Wolf points to Microsoft's Twitter bot Tay, which was trained by Twitter users to post racist tweets. Clearly, that wasn't Microsoft's intention when it launched the bot. There are also plenty of examples of algorithms spitting out biased results after being trained with biased cultural data. And don't forget about the headlines regarding Facebook's lax privacy practices and Cambridge Analytica's exploitation of them.

You would think that those developments had spurred the rewrite of ACM's code of ethics, but the process actually began about two years ago. ACM said that technology is everywhere today, unlike in 1992, and that means that the professionals who work on the technology have new responsibilities. That's what drove the rewrite.

The updated code has included input from computing professionals around the world and addresses the advances that have been made in computing technology since 1992. ACM said in a statement announcing the update that it expects nearly all of its nearly 100,000 members from 190 countries to abide by the code.

For instance, the code adds new responsibilities for computing professionals in leadership roles to "recognize and take special care of systems that become integrated into the infrastructure of society." Social media may be one of those types of systems, for instance.

"So much has changed since ACM released its last code of ethics in 1992," said ACM President Cherri M. Pancake, in a statement. "Because computing is now inextricably linked into almost every aspect of society, the actions of computing professionals have more impact than ever before.  It is imperative that everyone in our field act responsibly."

To help computer and IT pros navigate the ethics of the world's new technological landscape, ACM is also launching something it calls the Integrity Project. The Integrity Project is a series of resources design to help with ethical decision making. These will include fictionalized case studies of issues that may arise and how the code can be applied to help. The Integrity Project will also include the Ask an Ethicist advice column where computing pros can bring tricky issues that arise in the course of their jobs. The hope is to give computing professionals another resource as technology pervades every aspect of life.

"We think this is really important work," Wolf said.

Check out the new code of ethics here.

Jessica Davis has spent a career covering the intersection of business and technology at titles including IDG's Infoworld, Ziff Davis Enterprise's eWeek and Channel Insider, and Penton Technology's MSPmentor. She's passionate about the practical use of business intelligence, ... View Full Bio
We welcome your comments on this topic on our social media channels, or [contact us directly] with questions about the site.
Comment  |
Email This  |
Print  |
RSS
More Insights
Webcasts
Securing and Monitoring Networks in the 'New Normal'
What We Can Learn from Sports Analytics
More Webcasts
White Papers
Five Reasons to Protect your VPN with Multi-Factor Authentication
Top Threats to Cloud Computing: The Egregious 11
More White Papers
Reports
The State of Cloud Computing - Fall 2020
DNS Network Traffic Volumes During the 2020 Pandemic
More Reports