Change or die. That is the message that is finally getting through to large corporate CIOs. And the biggest change is turning the CIO into a strategic asset in the C-suite. This CIO goes beyond IT break-fix. This executive now must find ways to use technology to make money for the business.

That is the basic finding of an IDC study released this month, titled "The Changing Role of IT Leadership: CIO Perspectives for 2016." Approximately 150 CIOs and another 300 respondents in line of business (LOB) technology purchasing roles participated in the study.

The notion that CIOs need to do more than "keep the lights on" is a perennial topic at trade shows in recent years -- an eternity in IT time. All that talk is now becoming action.

"Change is really where they are going," said Michael Jennett, vice president for enterprise mobile strategy at IDC and one of the report's authors, in an interview with InformationWeek. New technologies, such as mobile, big data, and cloud are no longer "bleeding edge," but technologies that must be used because they are "necessary for [the CIOs] to survive," he said. 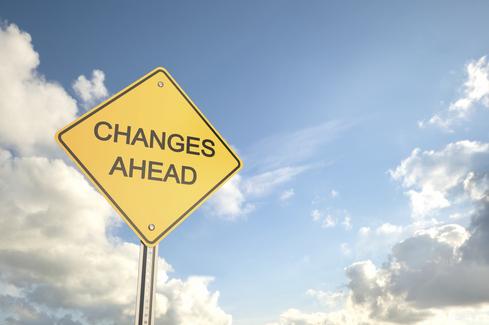 That third type, "chief innovation officer," is the role CIOs must play. "Some CIOs are really grasping this," Jennett said.

Companies born in the digital age already employ CIOs who are very comfortable using IT to create value and work with the business, Jennet said. "Where we see the lag is in traditional brick-and-mortar [companies] and traditional IT shops."

Such companies already have well-established IT systems that are already paid for and work well enough. "A lot of legacy systems are holding them back from their ability to innovate." Jennett said.

Big data is a factor that will drive the CIO's role from someone who provides maintenance to someone who is an agent for change. "There is 'big data' in those old legacy systems," but extracting it is not possible within the boundaries of current IT, Jennett pointed out. Executing a migration to big data will require some embrace of the cloud, either for storage or access to data management and analytical toolsets.

"There is a lot of fear around the cloud" that prompts CIOs to keep data in-house, parked on legacy systems Jennett said. CIOs are slowly realizing the value of the cloud, but making that shift from legacy to cloud will require a change of thinking, he noted.

To achieve "chief innovation officer" status, executives will have to change their corporate cultures, and that is not easy. Business leaders now expect their CIOs to drive the top line of the company and "generate revenue out of what you do," Jennett said. "LOB with the right partner will pull along IT." The new CIO has a seat at the table -- this individual must understand the company's mission and develop value-added strategies to achieve them, he explained.

[Where are CIOs in terms of big data initiatives? Read Big Data Goes Mainstream. Now What?.]

Conventional corporate thinking is another drag factor to consider. Typically, executives are always looking to cut costs, or not add new ones. That type of thinking drives companies to hang onto legacy systems since they are already paid for and work "well enough."

Transitioning to a new platform "is adding another layer of cost," Jennett conceded. "But that up-front cost is going to have long-term gain" and should yield "revenue generation and cost savings in the long run," he said.

Ironically, larger companies are more likely to undertake the pain of transition than smaller ones. Large companies have the bandwidth and resources to undertake and pay for such projects, Jennett pointed out, while CIOs in smaller companies are totally burdened by the need to keep existing IT systems running. Large companies also can split the CIO duties between an "operational CIO" whose sole job is to keep the IT system going while a "strategic CIO" assesses new technologies and crafts new solutions that produce revenues and savings, he also noted.

In the continuum of organizational resistance to change, operational CIOs lag far behind, perched between pressure, uncertainty and discomfort, according to the IDC report. "Service managers" have already passed discomfort and are on the up-slope to learning. But the new CIO is firmly on the upswing, soon to pass learning to achieve mastery.

Change is happening, Jennett stressed. "How quickly [CIOs] move will determine their success."