Drones Go To Work For IT - InformationWeek

Drones offer new opportunities for businesses of all kinds. Here's how one IT department got involved with a drone project, and what the company learned.

The most prevalent uses of drones today are blowing up suspected terrorists and unnerving French authorities. But organizations of all kinds have an opportunity to make business use of these flying machines.

IT should be out in front of the drone movement. As Chris Murphy at InformationWeek noted in a recent article, "IT pros should see drones as just another amazing node out on the Internet of Things, and another ticket to obliterate boundaries around traditional IT."

Tim Porter, Information Systems Director at WS Development, participated in a company project in which a video camera mounted on a drone shot footage of a property development around Seaport Square in Boston. WS Development builds, manages, and leases retail properties across the US. 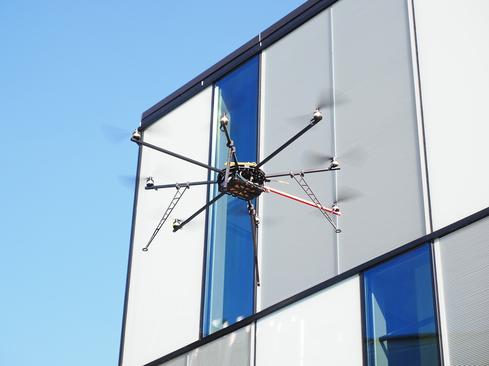 "We use the video for marketing properties, leasing purposes, and for the financial community when we're trying to give investors a sense of what we do," said Porter.

As the drone dips, rises, and turns over the city, prospective tenants and clients get a unique aerial view that has more energy than traditional still photos or architectural drawings of the location.

Porter noted the drone project was marketing's idea, but IT was quick to come on board. "I have to make sure business units have all the tools to be successful," he said.

To that end, Porter purchased a NAS storage device from QNAP to store the video rather than upload it to the company's existing array. This was a low-cost option that allowed him to get 16Tbytes to store the video, and to get the video into employees' hands quickly.

"It made sense to find an additional storage medium that integrated fully with vSphere," said Porter. "We could display it all as mapped network drives." This made it easy to give staffers access to the video over the company's network so they could begin editing right away.

In addition to editing the video, employees integrated architectural renderings from Adobe Premier Pro to give a sense of how the project would look when finished.

And because the video is high resolution, Porter said employees can grab video stills to be used in other collateral.

Before IT pros get hooked on the idea of piloting drones as part of their job, keep in mind the company hired a contractor to do the shoot.

Laurel Sibert, VP of Corporate Marketing at WS Development, said using an aviation expert is essential. "He's a licensed pilot and stays current on regulations and permits." In particular, because the site of the shoot was close to Logan Airport, the drone operator had to know and comply with FAA restrictions on altitude.

While drones are fairly simple to operate and deploy, Sibert said using a drone for aerial videography requires some legwork.

One concern is that drones are weather-dependent, so contractors have to be flexible. "We had days where it was too windy to shoot," said Sibert.

She also said the company does a walkthrough of the site before shooting, to define the angles and shots it wants to capture. Light levels will also affect the outcome of the video, so time of day is important to keep in mind.

The size of the site must also be considered. "If it's a large site we're shooting, the drone operator has to move quickly." She said the company rented a golf cart and had a driver to keep the pilot in sight of the drone while it was flying.

Tim Porter added one more essential detail. "We now know it is a good idea to notify the state police if we're going to be flying a drone near a federal courthouse."

Drone video will play a part in an upcoming project for WS Development. The company is building a large retail site in Wisconsin. It's using a Webcam to record construction. Once the site is built, it will shoot the finished project from the air, to show the process from start to finish.

"The combination of the Webcam and drone footage gives a comprehensive look at what we do," said Sibert.

Porter envisions drones playing a role in facilities management. "It'd be great to inspect roof and HVAC conditions, and give facilities more tools to get the job done quickly," he said.

Porter didn't know if drone operation would ever be brought inside the company, but he's confident the flying machines are part of the organization's strategy going forward.

"It's something we'll do more frequently. Where we have the capability to use it, we're going to take advantage of it."

Drew is formerly editor of Network Computing and currently director of content and community for Interop. View Full Bio
We welcome your comments on this topic on our social media channels, or [contact us directly] with questions about the site.
Comment  |
Email This  |
Print  |
RSS
More Insights
Webcasts
Making XDR Work in Your Enterprise - May 12
How the Rapid Shift to Remote Work Impacted IT Complexity and Post-Pandemic Security Priorities
More Webcasts
White Papers
World Wide Technology: Digital Transformation Customer Journey
The Microsoft Teams Telephony User Experience
More White Papers
Reports
Are We Cyber-Resilient? The Key Question Every Organization Must Answer
Trustwave Global Security Report
More Reports

@nasimon- I have to say, I still think of drones as outside of IT in the sense of piloting, running, maintaining and other wise operating the drones. But the drones are useless unless they are a new end point in the network. They are likely to be new sources of large, unstructured data sets in the near future. I think that's the biggest interaction IT will have with them.
Reply  |  Post Message  |  Messages List  |  Start a Board

@Drew- It seems to me that the dealing with drones is just going to be a part of the larger Internet of Things adjustment. The IoT is about a billion news sensors. The drones are carriers of those sensors. I'm sure we will use them for specific cases (security, inspection, etc), but for me for IT it is less about use than about putting the data they provide to use.
Reply  |  Post Message  |  Messages List  |  Start a Board

@asksqn- Well, I suppose it is true of nearly everything that exists that regulation or careful use is required. We regulate food, water, air, and nearly every other basic human thing. So fine, we will regulate drones. But I don't think they're anything to fear if treated professionally. That's the key. Like any aircraft they need to be treated professionally. that's why we don't have flying cars right now.
Reply  |  Post Message  |  Messages List  |  Start a Board

@Jastroff- I think from a military point of view, the reason for the drone being developed is that it is already "stealth" because it is smaller and flies lower it isn't seen by most radar. But considering most of the ways we make something stealth are the angles of the craft, the materials of the craft and the paint, I don't see why w couldn't make it stealth if radar got even more sensitive.
Reply  |  Post Message  |  Messages List  |  Start a Board
InformationWeek Is Getting an Upgrade!