Gartner's updated IT spending forecast for 2016 is slightly improved, but the research firm warned that it doesn't account for the recent UK vote to leave the European Union. The Brexit vote will dampen IT spending worldwide.

Global IT spending is likely to fall this year thanks to last month's Brexit vote in the United Kingdom to leave to European Union.

That's according to Gartner, which issued an improved IT spending forecast for 2016 of $3.41 trillion, but warned that the numbers will likely change for the worse due to Brexit.

"The current Gartner Worldwide IT Spending Forecast assumes that the U.K. would not exit the European Union. With the U.K.'s exit, there will likely be an erosion in business confidence and price increases which will impact U.K, Western Europe, and worldwide IT spending," John-David Lovelock, research vice president at Gartner, in a prepared July 7 statement.

[How will Brexit affect IT spending? Read Brexit And Tech: What Lies Ahead.]

Gartner noted  that the "leave" vote will quickly affect IT spending in the UK and in Europe. The most immediate issue will be with staffing due to the long-term uncertainty in work status that will make the UK less attractive to new foreign workers.

Beyond the immediate Brexit impact, Gartner said that 2016 marks a turning point for IT and IT spending. 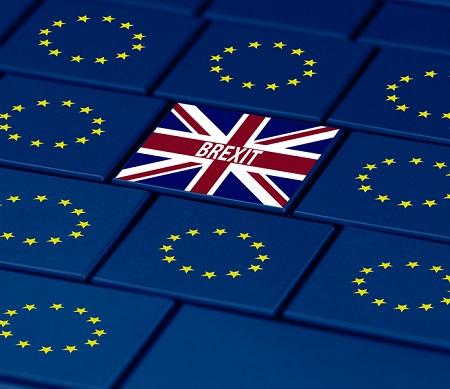 In his statement, Lovelock noted:

2016 marked the start of an amazing dichotomy. The pace of change in IT will never again be as slow as it is now, but global IT spending growth is best described as lackluster. 2016 is the year that business focus turns to digital business, the Internet of Things, and even algorithmic business. To fund these new initiatives, many businesses are turning to cost optimization efforts centering around the new digital alternatives (for example, SaaS instead of software licenses, voice over LTE instead of cellular, and digital personal assistants instead of people) to save money, simplify operations, and speed time to value. It is precisely this new breadth of alternatives to traditional IT that will fundamentally reshape what is bought, who buys it, and how much will be spent.

Areas of IT spending that are expected to grow in 2016 include Data Center Systems at 2%, Software at 5.8%, and IT Services at 3.7%. Areas that are forecast to decline this year are Devices at 5.3% and Communications Services at 1.4%.

Jessica Davis is a Senior Editor at InformationWeek. She covers enterprise IT leadership, careers, artificial intelligence, data and analytics, and enterprise software. She has spent a career covering the intersection of business and technology. Follow her on twitter: ... View Full Bio
We welcome your comments on this topic on our social media channels, or [contact us directly] with questions about the site.
Comment  |
Email This  |
Print  |
RSS
More Insights
Webcasts
Making XDR Work in Your Enterprise - May 12
How the Rapid Shift to Remote Work Impacted IT Complexity and Post-Pandemic Security Priorities
More Webcasts
White Papers
Top 5 Tips for Enterprises Choosing a Firewall
Run and Transform
More White Papers
Reports
We Need Your Input: Trends in Workforce Optimization
Are We Cyber-Resilient? The Key Question Every Organization Must Answer
More Reports