When it comes to gender bias, a recent InformationWeek flash poll suggests that IT groups may be slightly less discriminatory than the tech industry in general. But there's still plenty of work to be done.

We wondered if the same was true for IT in general. Are IT organizations in major commercial enterprises, healthcare organizations, government agencies, and educational institutions as male-dominated as the tech companies from which they source their products?

The results of a recent InformationWeek flash poll might lead us to believe that IT organizations across industry verticals are less discriminatory when it comes to gender than their tech-only counterparts.

Table 1: Do you believe you've ever witnessed gender discrimination in IT?

As with all forms of discrimination, gender bias can be blatant or it can be subtle. So while those respondents who say they've never witnessed it may be fortunate enough to work for truly enlightened companies, it's also possible that the sexism was so de facto that they didn't even recognize it. Likewise, those who say they have witnessed or experienced gender discrimination may have in fact been harmed by some insidious displays of gender bias, without experiencing behavior that egregious enough to prompt legal action (more on that later).

One blatant -- and illegal -- form of gender discrimination is pay disparity. Unless you're sharing your paystubs with your co-workers, you may not even be aware that unequal pay for equal work exists at your organization.

Salary disparity is a very real fact of life, however, for many women in IT. According to the InformationWeek 2014 US IT Salary Survey, the median total compensation for a female IT staffer is $81,000. For male counterparts it's $94,000, a difference of $13,000. That's a significant gap. 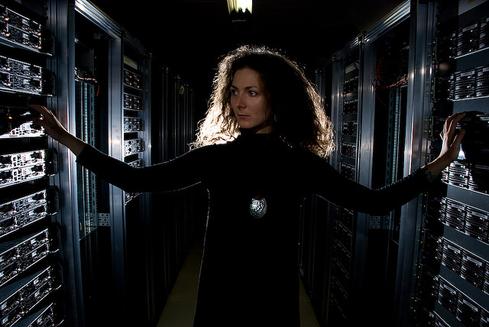 That pay gap is echoed in compensation for managers, with median total compensation for men at $122,000, versus $110,000 for women. (If you're looking to increase your earnings in IT, check out these negotiating tactics from Joan C. Williams, distinguished professor and founding director of the Center for WorkLife Law at University of California's Hastings College of the Law.)

Perhaps even more indicative of the gender gap in IT is the difference in the number of men and women responding to our 2014 IT Salary Survey. Nearly nine out of 10 (87%) of the 5,717 IT managers and 85% of the 5,945 IT staff respondents were male.

All you have to do is take a head count at any tech industry conference to get an informal idea of the male/female composition of the average IT department. The salary survey results, as well as recent diversity reports from major tech companies, serve to support what we already know anecdotally: This industry is male-dominated.

There are a number of US laws designed to prevent gender bias (and other forms of workplace discrimination), all of which are enforced by the Equal Employment Opportunity Commission. These laws include:

However, sexism can take many forms in the workplace. Some may not be legally actionable but still serve to undermine women's potential to advance.

Here are just a few examples:

If you can look at the list above and honestly tell us that you've never seen any of these things happen in your workplace, congratulations! Please tell us where you work and how we can all get jobs there. But if you are already thinking up 12 more examples, share them with us. Exposing these insidious forms of discrimination is a first step toward recovery.

Technology is rising in importance in most companies, but is the IT department's importance and reputation also rising? InformationWeek is conducting a survey to determine how IT is perceived in the enterprise. Take the IT Perception Survey today and be eligible to win a prize. Survey ends Aug. 15.